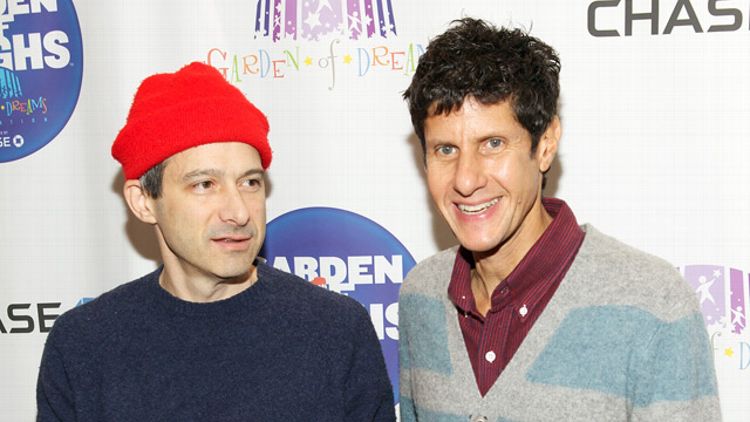 As could be expected, since the passing of Adam Yauch there’s been zero talk about any new music under the Beastie Boys umbrella. But that doesn’t mean Mike D and Ad-Rock have stayed dormant. Whether it’s naming parks in MCA’s honor or announcing memoirs or stuntin’ on the “Sunday Styles,” Diamond and Horovitz continue to wave the Beasties flag. So what’s next?

According to The Wrap, Ad-Rock might return to the big screen for the first time in decades. As the site points out, Horovitz has some serious credentials in the department: “[He] made his acting debut as a troubled Los Angeles youth opposite Donald Sutherland in the 1989 drama Lost Angels … [he] went on to tackle a supporting role alongside Matt Dillon and Max von Sydow in the 1991 thriller A Kiss Before Dying, as well as appear in the 1992 road trip movie Roadside Prophets.” If he does make his return, it’d be for Noah Baumbach’s next team-up with Ben Stiller, While We’re Young, in which Stiller plays one-half of a married couple (alongside Naomi Watts) infatuated with a younger couple (to be played by Adam Driver and Amanda Seyfried). Says The Wrap: “Schedule permitting, Horovitz would play a married friend of Stiller and Watts’ characters who just had a baby and can no longer relate to the childless couple or why they feel the need to hang out with twentysomething hipsters.” No, seriously, I insist: Take my money now.

As for Country Mike, after making a little splash with his soundtrack work for fashion line Kenzo, he’s teasing a more involved return to new tunes. Speaking with Rolling Stone, he describes his recent affinity for trap music, and describes the scene as he DJ’d the Kenzo show after-party: “I kinda fucked up and played all trap. I think people were like, ‘What’s wrong with him? The guy has lost his mind!’ … The two biggest songs of the night, though, were Diplo’s ‘Express Yourself’ and Le Tigre’s ‘Decepticon.’ People went nuts! It was a woo-banga of a time!” All of which now has him itching for more: “[The Kenzo material has] definitely got me excited about making new stuff again. I wasn’t planning on that, but once I did it, it was cool … You’ll definitely have to check back on MikeDAllTrapMusic.org to see what I come up with next.” Obviously this is all speculative, and there are no promises, but just in case — should we go ahead and start cybersquatting on MikeDAllTrapMusic.org now?