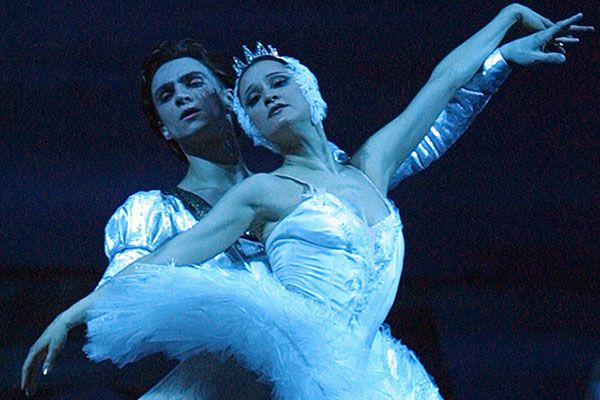 Admittedly, we here at Hollywood Prospectus don’t spend much time on the fine arts. And, honestly, as long as there’s some last tribesman of the Kardashian in existence somewhere (even if it requires a trek into the uninhabitable frozen forests of Siberia), that’s not likely to change. But if you’ll allow us a brief detour into the higher-brow, we’d like to now point your attention to a story about Moscow’s Bolshoi Ballet. Set, as it is, amid the high-stakes world of top-level ballet, involving violent treachery, unspoken enemies, and, above all, an unshakable dedication to the art of dance, it’s almost exactly like Black Swan. Except with more horrific acid attacks.

As the New York Times reports, Moscow’s elite Bolshoi Ballet — founded in 1776, and now the world’s largest company — has been trucking right along … despite the fact that, 10 days ago, “a masked assailant threw a jar of acid into the face of Sergei Filin, its artistic director.” What’s more: “Bolshoi officials believe … old rivalries and professional grudges … may have motivated the attack.” While detectives are investigating the entire company, the lead suspect (at least publicly) is a fellow named Nikolai Tsiskaridze, both a star dancer and a vocal critic of the company. According to the Times, in 2011, “he said that the theater’s $760 million renovation left it looking like a Turkish resort hotel.” And then, again, “last November … a dozen influential figures petitioned President Vladimir V. Putin to make him head of the theater.” But Nikolai says it’s a setup: “Two people were questioned before me, and the rumor goes supposedly that someone has pointed the finger at three of us … When I asked why, they said they planned to question everyone in the company, but there are 250 people in the company. I told them, ‘You have a strange alphabet, because the letter T comes at the end of the alphabet.'” Cheeky and elegant! OK, maybe this isn’t so much Black Swan as it is Law & Order.

Adding another spicy dash of intrigue to this whole mysterious borscht of chicanery: Just today, the Izvestia Daily reported that Svetlana Lunkina, one of Bolshoi’s top female dancers, has fled Russia. She’s in Canada, and she’s hiding out because of some issues related to a movie production helmed by her husband. While Lunkina won’t specify what’s going on, she does say her troubles are unrelated to the jar-of-acid attack (SEE ABOVE) and are related to her husband’s former business partners being crazy: “I think we need to react to these threats. These people have no right to interfere in our private lives or my professional work.” What is going on here?!

Meanwhile, yes, the show must go on. While he’s had multiple surgeries in Moscow, and is soon headed to Germany for further specialized treatment, Filin has given his company notes for their current production, and even hooked up a pep talk, before a recent performance, via Skype and an iPad: “He said that he loved them endlessly and that they should forget about everything and ‘dance, dance, dance.'”

During a TV interview, Filin, who is expected to “retain at least some vision in each eye,” said, “A priest came to me, and I told him: ‘You know, I forgive everyone, and God will be their judge. Because people are weak.’ I forgive all the people who are involved in this.” And also: “Before somehow satisfying their ambitions or quenching the pain of resentment … it would be truly good if they would just think about the fact that I have three remarkable sons. Even if the worst happens, I will continue to look upon this world, and I will continue to do what I do — but it will be through the eyes of my three sons.”

Let’s now take a minute to remember the underlying message here: Never, ever, under any circumstance, mess with a Russian.