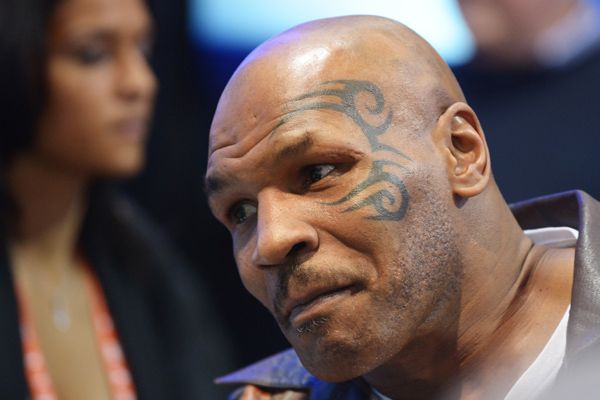 For your first course, a quartet of debates: the UCB versus a cadre of disgruntled comics; Tonto and the new Lone Ranger spot versus the Native American community (pairs well with a dipping sauce of bad puns); a squabble over whether Mike Tyson’s guest spot on Law & Order: SVU is a good idea considering the fact that he’s a convicted rapist; and, lastly, those who find this VW Super Bowl spot to be too much like “blackface with voices” versus “Jamaicans who live in Jamaica [who] have said that they are not offended by the ad.”

• Oh sweet lord, Jason London. What a mess: According to TMZ, London sneezed on a bouncer, then punched him. Predictably, a melee broke out, but unpredictably, London reportedly crapped his pants in the police cruiser after his arrest. He later denied the report, ending his statement with, “I hate Arizona.”

• The co-writers of Skyfall are gearing up to bring Barbarella to television. Nicolas Refn is set to direct and executive-produce the show. Yessssss.

• Something you can dip your balls into: Ken Marino’s Bachelor-spoofing web series, Burning Love, makes its television debut on E! on February 25.

• Chris Brown compares himself to Jesus on the cross. Every finger in the room is pointing at he.

• Things Whitney’s mama, Cissy Houston, doesn’t particularly like: Bobby Brown, Robyn Crawford’s relationship with her daughter, the idea that Whitney may have been gay, and Bobbi Kristina’s singing.

• I can only hope that Wolf Man learns from Grizzly Man’s mistake.

• This club sounds eerily like spending Saturday night in a Booth box.

• Thai soap operas “grease the conscience”: “A romantic scene in a Thai soap can make viewers pinch their pillow in excitement, and they may shed tears along with the characters in a distressing situation. That doesn’t normally happen when watching a Western series.”

• A feature adaptation of the play The Shaggs: Philosophy of the World is coming! Grab your pal Foot Foot and your tambourine!

• But I don’t want to pay for YouTube. I want to save my money to tip the prostitutes in my future assisted-living facility.

• The new dawn of comment threads. This one’s for you, trolls. I love you (not really).

• The best news bloopers of January 2013. I was going to e-mail this to my mom but I figure I’ll just put it here instead.