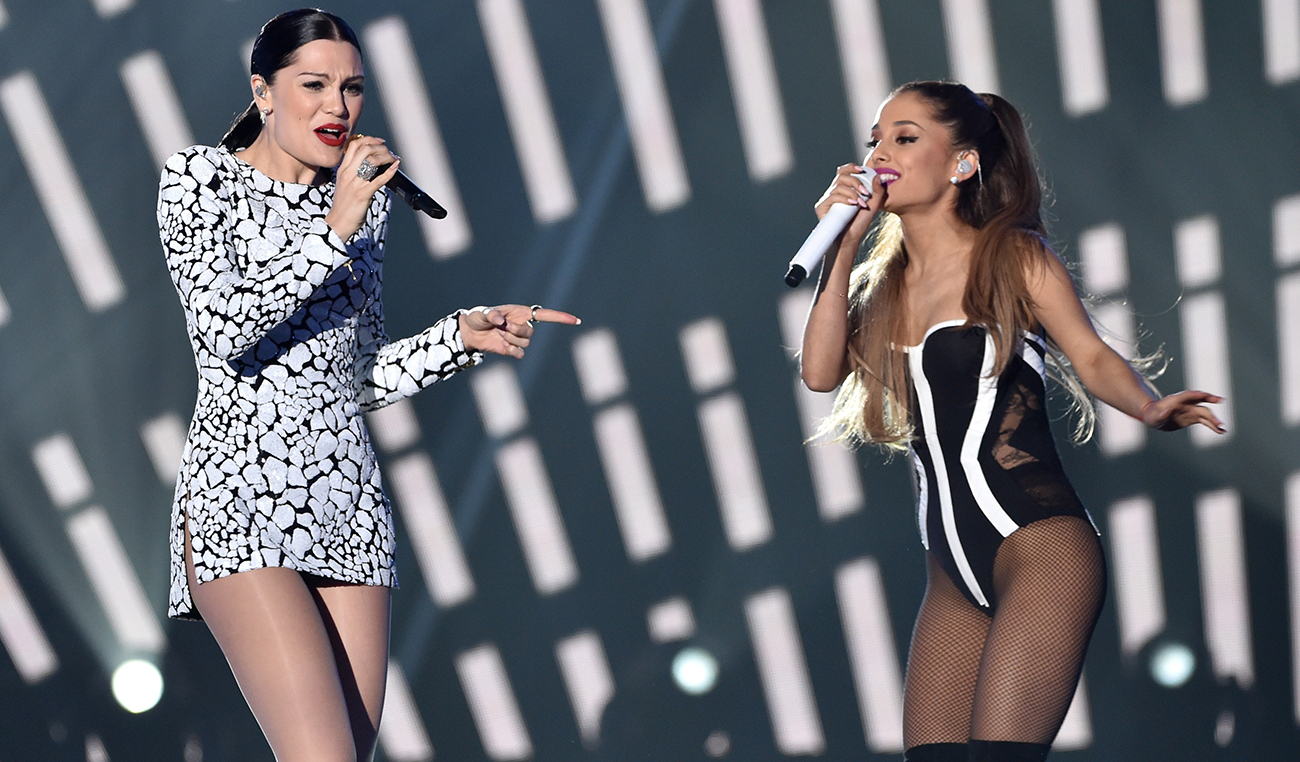 Rodney “Darkchild” Jerkins is one of the most important and commercially successful pop music producers of all time. Between hits for Michael, Janet, Toni, Mariah, Mary J., Beyoncé, Gaga, Whitney, Luther, and J.Lo, few have a résumé as strong as Darkchild.

His first no. 1 single was in 1998. That song was “The Boy Is Mine” by Brandy and Monica. And on the Billboard charts, it was the biggest song of the year and the eighth-biggest of the decade.

The great thing about this song is that it has no flaws. In 2014. Thinking back to 1998, that was somehow even more true, from the song to the maybe rivalry between Brandy and Monica to the video with Mekhi Phifer to the VMAs performance in which they’re introduced by a stocking cap–wearing Usher.

While “The Boy Is Mine” served as Darkchild’s first monster hit, it was not the beginning of his career. That was in 1995. He remixed Vanessa Williams’s “The Way That You Love,” the version that was used for the song’s video. So next year, 2015, represents his 20th anniversary in the industry. In an interview released this morning with Hits Daily Double, Jerkins talked of this milestone.

Next year is my 20-year anniversary and I’m doing a very special project. Some originals as well as reimagined hits. So for example, I’ll do the “The Boy Is Mine” with Ariana and Jessie J.

“The Boy Is Mine” is being touched, by Ariana Grande and Jessie J, with permission from Rodney “Darkchild” Jerkins.

That is, “The Boy Is Mine,” by Brandy and Monica.

This open disregard for what is right and wrong brings up a simple question: Why remake something that cannot be better? This simple question has a simple answer: There are no rules. Because feeling shame no longer exists.

Note, better does not equate successful. The ponytail and the Brit are very popular right now; they could rewrite The Catcher in the Rye and it would do numbers. But the idea of actually improving upon something is what’s both unlikely and not even a goal that seems to matter.

With hit “Bang Bang,” Ariana and Jessie (alongside Nicki Minaj) proved that their wails were welcome. “Bang Bang,” which is a first cousin — by way of incest — to 2001’s “Lady Marmalade,” is a good song. It’s theatrical, it’s fun, and Nicki’s cocky flow does wonders by giving the listener a break from Ariana and Jessie beating you over the head with their incepted Aguilera runs.

So, of course, if something works, why not do it again? And while we’re at it, let’s desecrate the late ’90s holy land. Because they’re diva content monetizers, nothing more.

As soon as it was announced, you could see how this story will play out. It’s announced, they record it, some pictures from the recording are Instagrammed, it’s released, a video follows in which they try to re-create chemistry on opposite sides of drywall while fighting over Tyga, and ultimately it’s performed at an award show, where Brandy and Monica join them onstage to prove this “tribute” was actually worth it.

I can’t predict the future, but that’s exactly what is about to happen.

And it’s fine. No one will die over Ariana and Jessie doing their best Lifetime biopic rendition of “The Boy Is Mine.” But it is annoying. So very annoying.

As for Ariana and Jessie, the question is, Why would you clown yourself like this? Why would you enter a situation in which, beyond the easy money to be made, you will fail? And why would you put yourself in a position to remind listeners that the singers you’re emulating were better in their prime than you are?

I remember right around September 11, Ja Rule was on MTV. That’s what they said. “We got Ja Rule on the phone. Let’s see what Ja’s thoughts are on this tragedy.” Who gives a fuck what Ja Rule thinks at a time like this? This is ridiculous.

It’s all very weird. Just a terrible, reverse-diva look. But also fitting. Because we’re in an age when you can do anything. So anything is done.