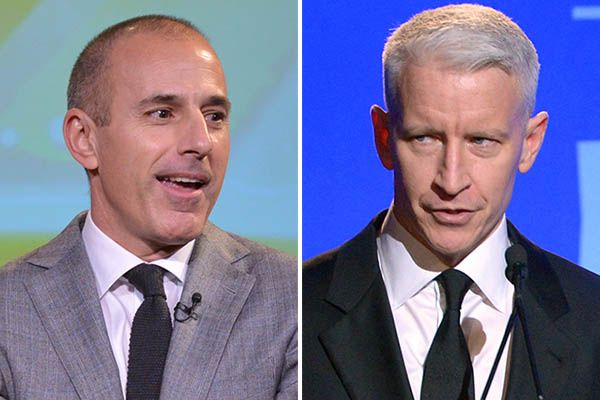 This week, New York Magazine dove deep into Matt Lauer and the Today show’s recent ratings slide/betrayal imbroglio. If you are not currently a housespouse, joyfully unemployed, and/or just really interested in how to spruce up an outhouse, and so haven’t been paying attention, here’s a breakdown: Back in 2011, Ann Curry replaced Meredith Vieira as Matt Lauer’s co-anchor. Then, after just over a year on the job, Curry got bounced, for reasons related either to (a) a general unsuitably for the gig, or (b) a distinct inability to vibe with Lauer specifically (her teary, awkward on-air good-bye — at one point Lauer tried to plant a consoling kiss on her, and she ducked it — seemed to suggest the latter). And then: “After sixteen years as the No. 1 morning show in America, Today was worth nearly half a billion dollars a year in advertising revenue to NBC, the bedrock of its business. In the aftermath of the Curry debacle, the show lost half a million viewers and ceded first place in the ratings war to ABC’s Good Morning America, losing millions of dollars overnight.” Yikes.

Which brings us to this morning, and more Today show fallout. All right!

Here’s the latest wrinkle: I hear NBC toppers recently reached out to CNN’s Anderson Cooper to replace Lauer on the show before the end of the year. After their initial approach to Cooper, I hear NBC reached out to Lauer to get his blessing about the changeover. But I heard they got pushback from the Today veteran, who contacted Cooper to express his disapproval. I also hear that call caught Cooper by surprise, as he had assumed Lauer had been brought on board before NBC began making overtures.

True, NBC executives and sources close to Anderson Cooper say the network did reach out to silver-haired CNN correspondent. But he is not in line to replace Lauer. According to an NBC executive, the network has “exploratory talks with talent inside and outside of the network. But to read anything specific into that is presumptuous.” NBC News senior vp Alexandra Wallace told THR in a statement: “As we’ve said before, Matt Lauer is the best in the business. We want him in the Today show anchor chair for many years to come.”