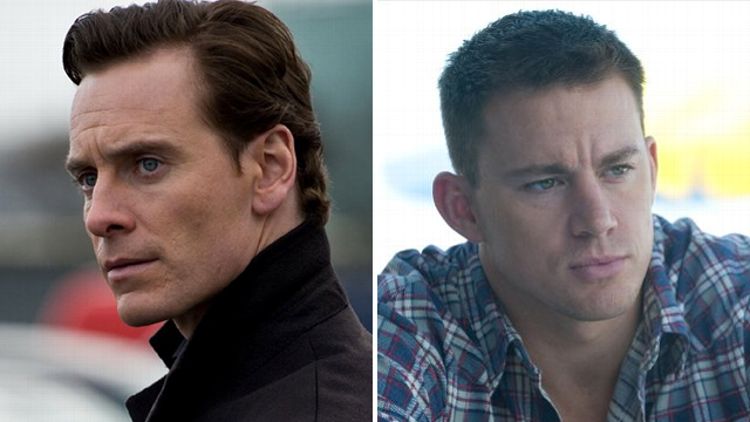 Early this morning, in a solemn ceremony during which tragically obsoleted sexy-person Bradley Cooper was relieved of his crown, smeared with hot tar, handed a garbage bag full of grocery-store-quality hair product, and left for dead in the Nevada desert, Channing Tatum was named People‘s newest Sexiest Man Alive. Considering a breakout year capped by his panty-atomizing stripper shenanigans in Magic Mike, Tatum’s coronation was an easy — and dare we say uninspired — choice for the magazine’s blue-ribbon panel of hunk-evaluators; one imagines the usually combative Selexxxion Sunday debate began with “Let’s watch the ‘My Pony’ scene again” and ended with an intern ladling smelling salts from a bucket.

It all seems so easy, in fact, that we just couldn’t let it go. There’s another solution to the Sexiest Man Alive riddle, one far more challenging, but no less deserving, of the supermarket checkout rack’s highest honor. And so we picked up the phone to get the reaction of this year’s most upsetting snubee: Michael Fassbender’s penis. Our conversation follows.

Let’s just get this out of the way: You were shafted.

That’s very clever of you. But one more pun and I’m afraid I’ll have to hang up. I have my dignity.

Fair enough. So how did you hear the news?

It was the usual situation, really: On awards morning, either the phone starts ringing off the hook early in the a.m., or it’s eerily silent and you can sleep in. But when I did get out of bed there was a nice basket of bananas from my publicist letting me down gently. “We’ll get ’em next year,” the note said. He sent one last year, too. He’s a good egg.

What do you think happened?

Oh, you hate to get into second-guessing. Maybe Prometheus wasn’t the best showcase. Shame came out in December of 2011, and you sort of fall between the sexy-cracks there. It wasn’t the most strategic rollout for these purposes. The Golden Globes were so long ago that everyone’s forgotten the Clooney thing. The Oscars didn’t happen. There are a million reasons you could point to, you can drive yourself crazy.

Seeing how it’s turned out, would you have done anything differently?

No. In the end I just didn’t want to play the game, you know? You have to hang out at all the parties, you have to take out the “for your consideration” ads in all the glossies, and, quite frankly, there’s a prudish squeamishness in the industry about running an advertisement displaying an enormous penis in all its glory. Families out at the market can’t be exposed to that kind of thing. Americans tend to run screaming from sex. You’re more likely to see an Arnold Schwarzenegger shooting off someone’s willy than get a glimpse of his coming out of a shower. There’s that double standard. The British are much more comfortable with it, perhaps we’ll fare better there.

That being said, it’s all about the work. This stuff is nice enough, let’s not pretend it isn’t, but even the most well-meaning and dedicated genitals can get lost in the hype if they’re not careful. You can’t go chasing this particular dragon, it’s not healthy for you as an artist.

What do you think of Channing Tatum? I feel like you never hear anyone talking about his penis.

Let me go on the record as saying Channing Tatum was a fine choice. He’s a friend. We did Haywire together. You really can’t argue with him, it was his year. But I can’t speak to his penis. It keeps a surprisingly low profile considering they started in the stripping business. There was that fantastic scene in Magic Mike with the penis-pump, a really amazing showcase, and it goes to a professional wrestler? I wanting to call Channing and Steven and scream at them. My agent would have been on the phone to Soderbergh, demanding I be in that pump. Still, doesn’t seem to have hurt them. They were considering the overall body of work, I suppose.

Well, we hope today wasn’t too disappointing. We were all pulling for you.

I think I’ll be fine. I’m an enormous penis attached to an A-list actor. No one needs to cry for me.

Up Next for Nate Silver: Hollywood Superstardom?