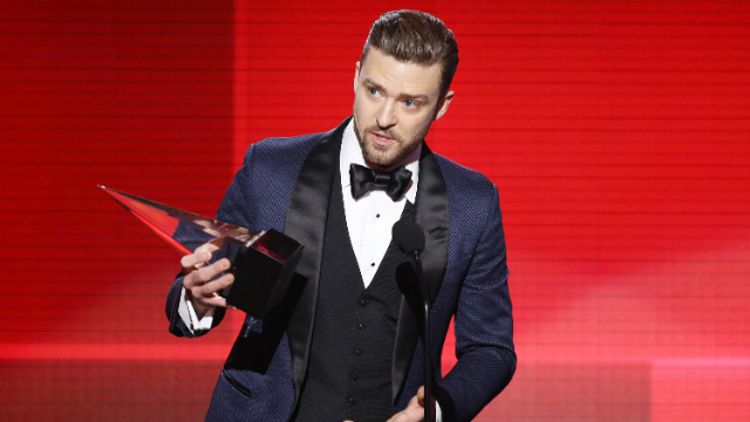 The American Music Awards have gone down for four decades now. Four decades! That’s a remarkable run for an event that, let’s be honest, we all totally forget exists unless we’re within 36 hours on either side of its broadcast. Which is to say this: The AMAs were on last night. Were they any good? Were they any good? They were the American Music Awards!

Taylor Swift won Artist of the Year (here’s your full list of winners), but the night was actually carried by Timberlake. He got to run up for a bunch of awards early on, and each time was game enough to offer us his best Studio 8H shtick: correctly complimenting the cuteness of Rihanna’s mother (more on that later); making consciously dumb “I can’t believe I won this award, whatever this award is!” faces; in general carrying the correct amount of playful, respectable disdain for every single thing happening. (Let’s give him points for bantering with Sarah Silverman, too, even though the sentence “This is the first time I have ever been racially profiled by a white lady” actually makes no sense. Bro bro, white people are usually the ones doing the racial profiling.) But JT’s greatest accomplishment popped up early: It came during Pitbull’s opening monologue’s Olympic-level inanity, and it was making this face for a good 43 seconds.

So, uh, Katy went geisha. Hmmm. HMMM. Kotaku has a good handle on the situation: “What’s the fuss? Perry … mixed and matched Japanese and Chinese culture as if it were a Pan-Asian buffet. For example, [Japanese] kimonos don’t have exposed chests or slits at the sides, and they are hard to dance about in. The collar and the fit of the dress is more [Chinese] cheongsam than kimono. Yet, the print, the sleeves, the bow, and the hair accessories appear Japanese-influenced.” Then again: “As someone who lives in Japan, I see a similar mix and matching with Western culture all the time as well as seemingly endless appropriation of foreign cultures for entertainment purposes. That doesn’t make it right or okay, but it shows that this isn’t only an American thing or a white thing or whatever.” So, yeah. Good conversation starter, Katy! Except maybe the prayer hands at the end there? Really, really not so sure about the prayer hands at the end there.

The AMAs made up this thing called the Icon Award and gave it to Rihanna and everyone had to pretend like it was a very much important thing even though in the intro explaining why Ri Ri had earned this (freshly made-up) Icon Award they showed how many Instagram followers she has. But who cares! Rihanna’s mom came out to give her the award, and it was genuinely a sweet moment (well, actually, Bill Maher came out to introduce Rihanna’s mom, and then Rihanna’s mom came out? Ah, I don’t fucking know). Also: Was Rihanna shouting out Ty Ty, as in Jay Z’s BFF Ty Ty, as in the “my name always gets rhymed with mai tais” Ty Ty? Big, big moment in non-Jay credit-attribution for Ty Ty.

Florida Georgia Line — which looks, if I may speak candidly here, very much like a couple of guys who met at the break room at a Verizon store — ran through its segment with commendable enthusiasm. Then Nelly showed up and everyone decided it’d be a good idea to butcher “Ride Wit Me,” thereby destroying a large part of America’s memories of youth. Hey, fun game: Ask your friends and loved ones to try to name more than two non-Nelly members of the St. Lunatics. (And yes, Slo Down counts!)

I don’t really know what to say here other than J. Lo is 44 years old and is out here doing goddamn front flips and shit. Salute.

So my read on the situation here is that someone within the Luke Bryan camp saw last night’s performance as a potent “crossover moment” for the country star. And, I mean, I get it: Mr. Bryan is certainly a conventionally attractive man, and this “That’s My Kind of Night” joint certainly does seem to lend itself to pop/rock radio. Sure, yeah, why not put the baseball cap and the guitar to the side for one night, and let this man swing his hips? Why not? Why not? Because, anonymous member of Luke Bryan’s camp, Luke Bryan looks like an insane person trying to do sexy dances. Without a doubt, this was my favorite part of the show.

Continuing her mission to expose to the world heretofore undiscovered parts of her pubic bone, Cyrus came out with the leotard and the Miley-kitty-tongue-out backdrop — and crushed it. I have zero complaints to lodge. None.

OK, that’s it! You can now go back to 12 blissful months of not ever, not even for one teeny-tiny second, remembering that the AMAs exist! Byeee!!!!