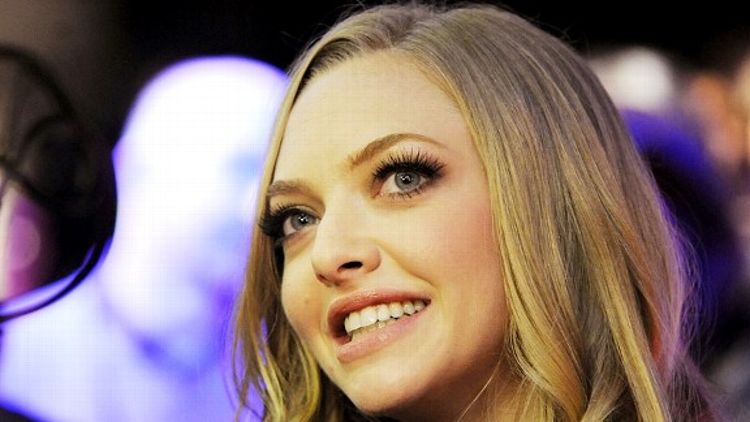 Legend tells of a certain movie role long plagued by a Hollywood curse. It’s the lead part in either of the two planned biopics on Deep Throat actress Linda Lovelace, to which actresses such as Anna Faris, Lindsay Lohan, Malin Akerman, Olivia Wilde, and Kate Hudson have all been attached. And usually with interesting timing! This week, one of the films cast a new star: Amanda Seyfried is purportedly in talks to play Lovelace, curiously, just after her latest movie, In Time, tanked at the box office. Below, we look back on the other actresses who have almost played the porn actress at low points in their careers.

Anna Faris
The pioneer. Faris was attached to Inferno, the original Lovelace project, way back in 2007, when she was best known for her underappreciated work in the Scary Movie franchise. At the time she was shooting The House Bunny, and described Inferno as a “really deep, dark drama” that could change her public image. A few weeks after the release of Bunny, though — the success of which refashioned Faris as a possible comedy star — she was out on Inferno, telling Moviehole she wanted to “stick to comedies.”

Lindsay Lohan
Okay, this one’s not that fair: A blindfolded bat with cataracts could throw a dart at Lohan’s Wikipedia page and hit a “career low point.” This was the summer of 2010, though, and therefore one of her original “career low points,” when people still believed Lohan would one day be an actress again. She had just dropped Labor Pains, a TV movie that got decent ratings for ABC Family and a theatrical release in Romania, but she was in and out of court for missing mandatory alcohol classes. In May, she landed Faris’s old Inferno role, and the slimmest chances of a comeback. It was not to be.

Malin Akerman
Lohan, sensibly, was later dropped from the project. Late last year, Malin Akerman came onboard. Akerman hadn’t exactly been killing it: Watchmen was a high-profile bust, and the one thing you could say about her 2007 movie The Heartbreak Kid is that it definitely was a movie that came out in 2007. Couples Retreat, in 2009, put her back on track, but her 2010 movies, The Romantics and happythankyoumoreplease, were little seen. And, as history has taught us, it is at our lowest moment when the offer to play an infamous porn star comes to us. By the way, Akerman is still attached to Inferno, with Matt Dillon slated to play her abusive husband and Deep Throat mastermind Chuck Traynor.

Kate Hudson
Here comes our first casting for the rival Linda Lovelace biopic, simply titled Lovelace. (Inferno producers: “Gah! Why didn’t we think of that?!”) Hudson attached herself to it early this year, soon after she was seen in A Little Bit of Heaven, a terminal-cancer romantic comedy that features scenes with Whoopi Goldberg in the afterlife, and Kate making this face on the poster. Tomatometer: 6 percent.

Olivia Wilde
Hudson was (unofficially) replaced by Olivia Wilde — right around the time her 2011 movies Cowboys & Aliens and The Change-Up were fizzling at the box office. Did you seek Linda out, Olivia? Or did the sweet smell of your failures bring her to you?

Amanda Seyfried
Which brings us to Seyfried, now weathering In Time‘s flop. She’ll be starring in Wilde’s place. James Franco is onboard too, as Chuck Traynor. By the way, as unlikely as it may sound after all this rich history, both projects are supposed to start shooting in January. For now, the curse lives.