Pros and Cons: Alfonso Cuarón Directing the ‘Harry Potter’ Spinoff ‘Fantastic Beasts and Where to Find Them’ 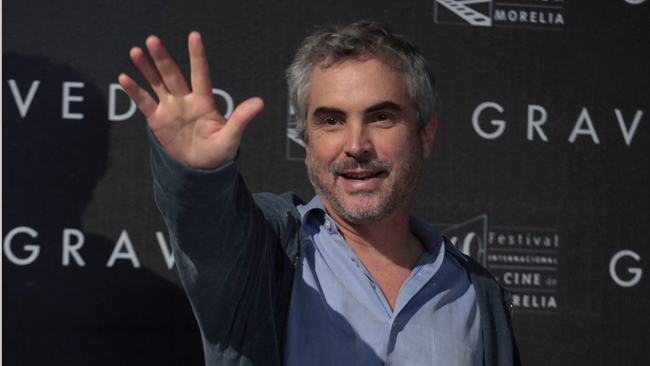 Fantastic Beasts and Where to Find Them is a 42-page J.K. Rowling microbook being adapted as a trilogy of “megamovies” over at Warner Bros., home of the Harry Potter octalogy. Last week the first film was scheduled for November 18, 2016, and now Nikki Finke hears that Alfonso Cuarón is “deep in talks to direct.” While this is by no means guaranteed news, it’s delightful to think about. Let’s do it pro/con style:

PRO: Alfonso Cuarón will receive a massive ego boost as the world spends two and a half years publicly reminiscing about how Harry Potter and the Prisoner of Azkaban was the most artful, legitimately magical film of the eight.

CON: Cuarón will not be allowed to delay Fantastic Beasts for infinity years like he did with Gravity.

PRO: Cuarón has writing credits on four of his seven feature films, but Azkaban isn’t one of them. So he’s fine working in the Potterverse without having a hand in the script, which works since Rowling is set to make her screenwriting debut with this one.

CON: The expectations surrounding anything Potter-related are and always will be, in a word, great.

PRO: Cuarón directed an adaptation of Great Expectations, so he knows about that life.

PRO: Cuarón can do as many never-ending tracking shots as he wants; there’ll be a number of fanciful creatures flitting to and fro just waiting for that enchanting, superlong POV shot.

PRO: The frog from Gravity could definitely do a cameo.

PRO: Harry James Potter is unlikely to appear in these films. Cuarón, who isn’t anyone’s idea of a “franchise guy,” would be working with Newton Artemis Fido “Newt” Scamander, an early 1900s magizoologist based out of New York. The overall vibe could be as new as the characters.

PRO: Taking the job will mean Cuarón gets to skip years of disappointed interviewers and fans asking why he didn’t direct Fantastic Beasts and Where to Find Them.

VERDICT: Do it, man. If you dig it and/or do a good job, you have your next bunch of years booked as a director. You hate it and/or do a bad job, you move on with your life and your massively embiggened bank account.

Filed Under: Movies, fantastic beasts and where to find them, J.K. Rowling, Alfonso Cuaron, pros and cons