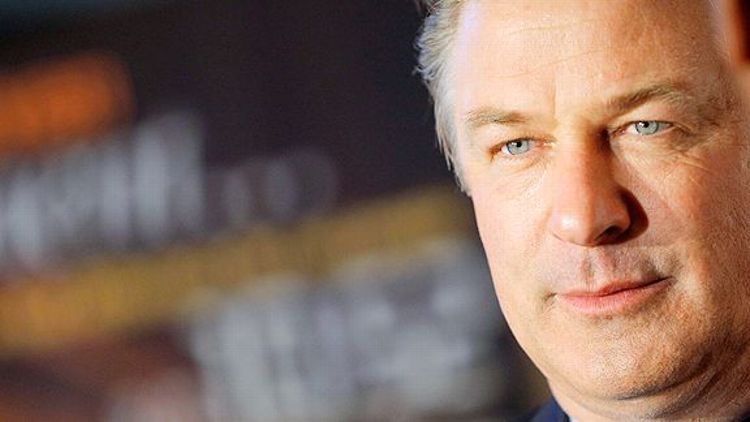 Alec Baldwin, currently looking fit and handsome as a smarmy Madoff type in Woody Allen’s Blue Jasmine, may have a new job lined up. And it’s not quite what you’d expect: According to Mediaite, Baldwin, the famously outspoken Hollywood liberal, might get his own MSNBC show to spout off on. The show would air Fridays at 10 p.m., currently the spot taken by Lockup. So, yeah: good news for everyone except people who really like their Friday night prison fix?

And now let us travel all the way back to the year 2008, when The New Yorker profiled Baldwin and discovered a man who, almost unbelievably, viewed his movie acting career as a failure. As Baldwin saw it, after the success of The Hunt for Red October, he had a shot at stardom — and he blew it. Ticking off the minefield of post-October disappointments (“In ’94, I did Heaven’s Prisoners. That was a bomb. In ’95, I did The Juror. That was a bomb.”), Baldwin finally wraps up by saying, “Do you want to know the truth? I don’t think I really have a talent for movie acting. I’m not bad at it, but I don’t think I really have a talent for it.” Not that television had brought him much peace of mind either: As appreciative as he was of Tina Fey, he seemed to see his 30 Rock gig as some kind of token success, forever qualified because it came on TV and in comedy.

The whole thing is an almost virtuosic display of self-loathing, and it’s hard not to think of now, as Baldwin might try out this whole Will McAvoy thing. No, he was never a major blockbuster-stringing movie star, but he’s still managed one of the more interesting careers an actor can have. So hopefully one of these days he’ll hate himself a little less?

Afternoon Links: On Thursdays, We Wear Pink and Recite All of Mean Girls