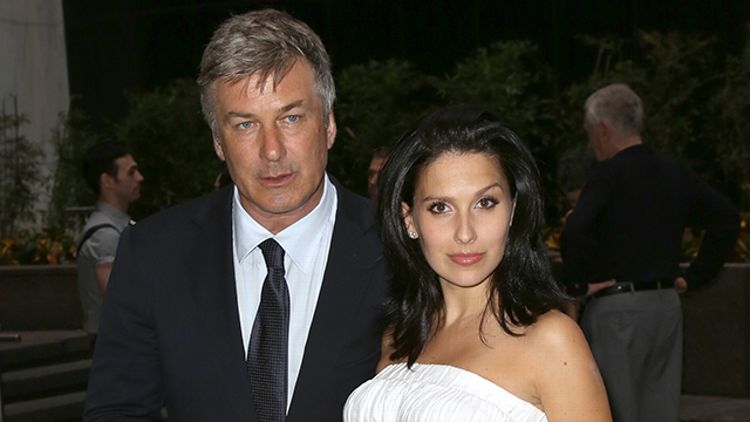 OK, so: Alec Baldwin quit Twitter last night — but not before dropping his arguably most expansive rage-blackout to date. Are the words “I’m gonna find you George Stark, you toxic little queen, and I’m gonna fuck…you…up” doing anything for you this morning? Well then, let’s get into it!

It all started when British tabloid the Daily Mail reported that Baldwin’s wife, Hilaria, was tweeting during James Gandolfini’s funeral on Thursday (topics apparently covered: smoothies, beach bag packing tips, smoothies again, the second time regarding Billy Joel’s wife’s smoothie recipes). Hilaria denied she’d done any such thing, insinuating it was an assistant punching the buttons, or that the tweets had been scheduled. Meanwhile, Alec … went … ballistic. And, as Daily Intel points out, it wasn’t just your standard rage fest: This one, for some reason, had a nasty homophobic bent to it. Directly attacking George Stark, the Daily Mail reporter who cracked the story of Hilaria’s allegedly nefarious mid-funeral smoothie-tweeting, Baldwin went in.

A sampling: “I’m gonna find you George Stark, you toxic little queen, and I’m gonna fuck…you…up” … “If put my foot up your fucking ass, George Stark, but I’m sure you’d dig it too much” … “My wife and I attended a funeral to pay our respects to an old friend, and some toxic Brit writes this fucking trash.” Lovely! Also: “I want all of my followers and beyond to straighten out this fucking little bitch”, “George Stark, you lying little bitch. I am gonna fuck you up,” and, my personal favorite, “Someone wrote that my wife was tweeting at a funeral. Hey. That’s not true. But I’m gonna tweet at your funeral.” And the grand finale: “My wife DID NOT use her phone, in any capacity, at our friends funeral. Now, fuck this twitter + good luck to all of you who know the truth.” Boom — drops mic, walks away.

For the full experience, The Daily Mail has screengrabs of the now-deleted tweets. Also: “MailOnline announced that it would be seeking urgent clarification from Twitter as to when Mrs Baldwin’s tweets were posted after finding them stamped with several different times on multiple computers and mobile devices even within the same city of New York.” Yep, this might get more awkward.

So, once again, we learn Alec Baldwin has issues with his temper. We find him, for the first time, revealing his rage-induced homophobia, which he should certainly be held accountable for. And we continue wondering how it is that, at no point in Baldwin’s illustrious, manifold career, he’s been hired to play a skull-bashing maniac.

Songs of the Week: A Former Mars Voltan Pulls on His Turtle Neck, Wilco Covers Television