Adam Sandler Will Pull a Punch-Drunk Love for Jason Reitman 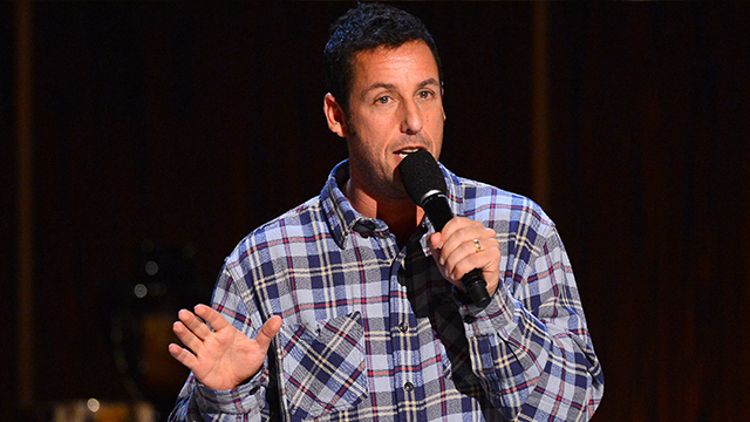 Adam Sandler’s Happy Madison assembly line suffered a few miscues earlier in the ’10s (Jack and Jill gets the brunt of the flak here, but let’s not forget That’s My Boy also managed to set Western civilization back an eon or two). Commercially, at least, Sandler righted the ship with this year’s Grown Ups 2, which cracked a whopping $200 million internationally. Now, with terra firma beneath his feet, the Sandman’s gonna take one of his periodic career stretches and attempt a Punch-Drunk Love. Or a Funny People. Or a Spanglish. Or a Reign Over Me. You know, one of the serious ones.

The flick’s called Men, Women & Children, it comes from Jason Reitman, and it’s still in the way early stages. As EW reports, Reitman teamed with “Erin Cressida Wilson (Secretary, Chloe) to co-write an adaptation of the Chad Kultgen novel [of the same name], about a group of families coming apart at the seams over sex, loyalty, ambition, and the isolation of an increasingly networked world. The independently produced film is still in the early phase and doesn’t have a studio home yet, but Reitman has secured the interest of his three lead actors.” That’d be the aforementioned Sandler, plus Rosemarie DeWitt and Jennifer Garner (who had a nice little heroic turn in Reitman’s Juno). Speculating as to who might play who, EW adds, “one of the main characters is a father who is obsessed with porn, while his wife goes in search of passion elsewhere. Another plotline focuses on an obsessive mother whose teenage daughter wants to be thin and beautiful at any cost.”

By the way, we could all learn a thing or two from the apparently indefatigable Jason Reitman. The man’s busy right now pushing Labor Day: His adaptation of Joyce Maynard’s 2009 novel — starring Josh Brolin as a criminal on the run and Kate Winslet as the single mom who lets him into her home — premiered at the Telluride Film Festival last week, and is moving on to Toronto next, in hopes of stacking Oscar buzz. But he’s already setting the tracks for his next big one.

OK, now let’s start our morning by watching Adam Sandler and Philip Seymour Hoffman scream at each other:

Afternoon Links: Meditate on the Ephemerality of Internet Culture With This Iron Man Balloon Costume

Robin Thicke is a Big D--- ... and Other Horror Stories From This Week's Tabloids