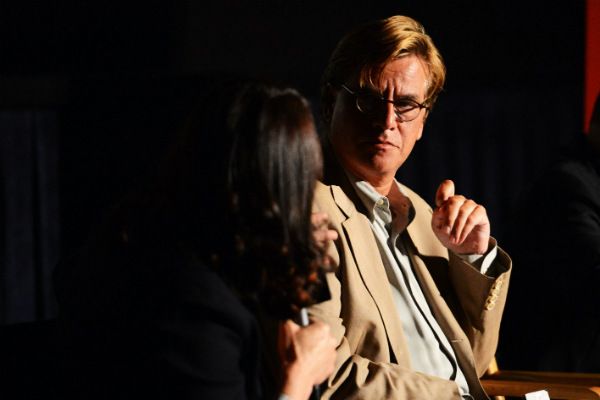 The gimmick at the bleeding heart of The Newsroom, Aaron Sorkin’s divisive paean to broadcast journalism, is that the show is set in the very near past, allowing Will McAvoy and the rest of the tireless, occasionally tiresome News Night crew to tackle recent issues with a level of hindsight and perspective only possible in the present. Yesterday, though, reports broke that Sorkin had suddenly started behaving in the most 2012 way possible by firing nearly his entire writing staff.

There’s plenty of precedent for this sort of inter-season housecleaning, of course, even on high-rated shows. But this particular instance is curious for a number of reasons, the most glaring being: The Newsroom had a writing staff? Sorkin, like Mad Men’s equally loved and feared Matt Weiner, is notoriously domineering, writing or re-writing nearly every word that makes it to air. (Those Brigadoon references don’t just script themselves, you know.) It’s behavior that Sorkin is refreshingly honest about — “I create these shows so I can write them,” he told Vanity Fair, rather bluntly, in May — but he did maintain a writers’ room, albeit one reportedly smaller than most. Unfortunately, all of those hardy souls are now out of work. In a very Will McAvoyian twist, various outlets are reporting that the only staffer who will remain for Season 2 is Sorkin’s ex-girlfriend, Corinne Kingsbury, who, if The Newsroom itself is to be believed (and, really, it shouldn’t be), is an endless source of banter, misdirected e-mails, and puffed-up pep talks (“Be the integrity, Aaron!”). (An oddly worded tweet from cast member Oliva Munn late last night implied that either this information about Kingsbury is also inaccurate or that Munn is merely bad at making Sam Waterston jokes. Which, come on, really isn’t so hard.)

The real question is whether this was a par-for-the-course power move from a controlling showrunner or the first sign that the very noisy drumbeat of criticism (this site alone has provided a near constant dumbek circle of opprobrium) has reached Sorkin’s well-tanned ears. While it’s never a good thing to see anyone out of work, it’s the second scenario that’s preferable. Just like his unlucky in love male leads, Sorkin’s undeniable gifts are always at their best when paired with a tough-minded foil, someone who will stand up to the speechifying and push back against the predictable plots; think TV pros John Wells and Tommy Schlamme on The West Wing or fellow control freak David Fincher with The Social Network. It took Will McAvoy losing his entire staff to find his voice. Here’s hoping it takes hiring a new one to help Aaron Sorkin temper his.