A Tale of Two Tinkerers: Is J.K. Rowling Becoming This Generation’s George Lucas? 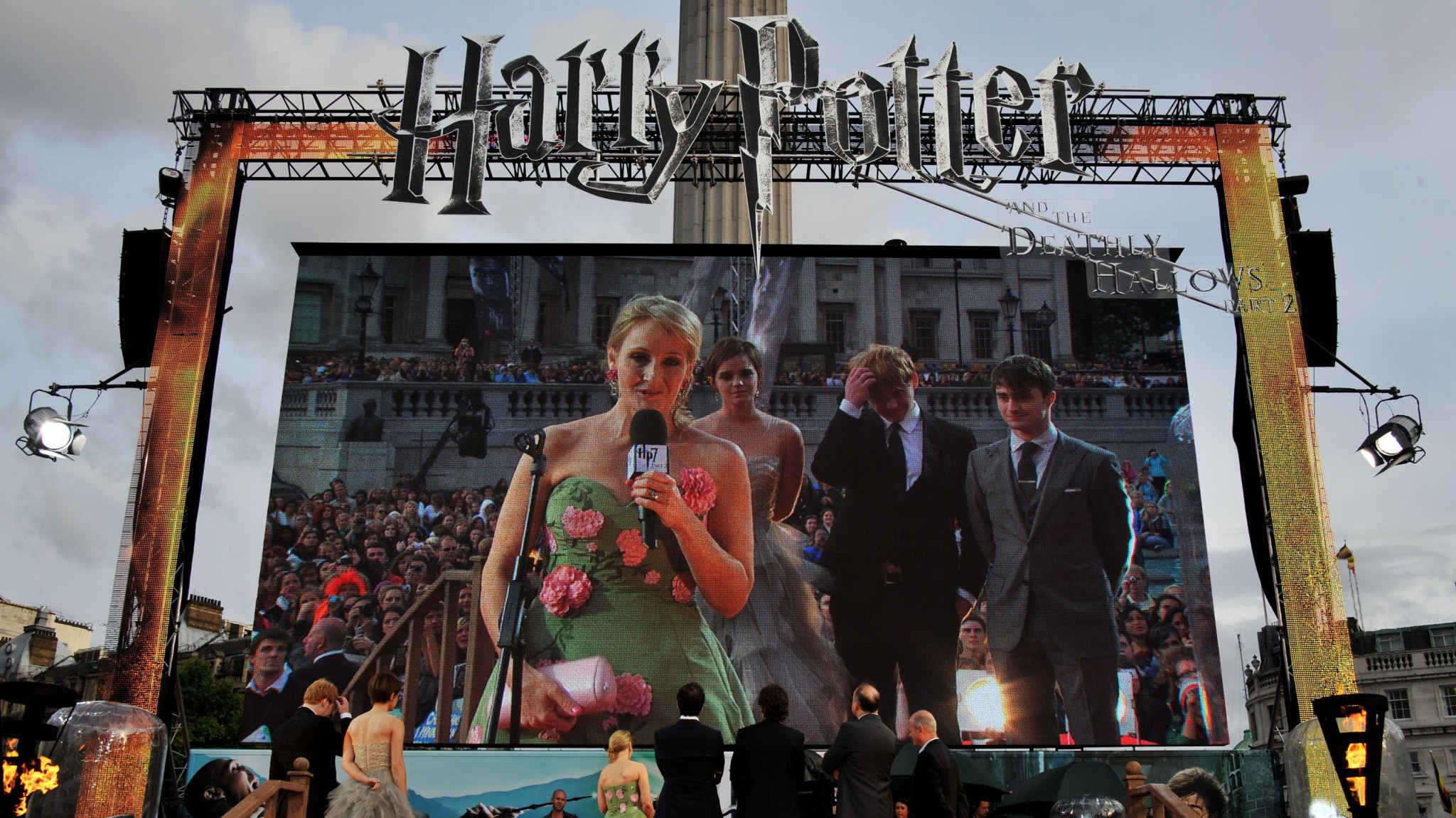 “On the Internet, all those same guys that are complaining I made a change are completely changing the movie. I’m saying: ‘Fine. But my movie, with my name on it, that says I did it, needs to be the way I want it.’”  —George Lucas, 2012

Speaking now as a nerd: Greedo shooting first is an abomination beyond all words while the only real reason to say “In some ways Hermione and Harry are a better fit” is the casting and subsequent radiant blooming of one Emma Watson. I guess when you build whole worlds out of dust and ink, as its creator, all you see are the seams.

I can’t remember the first time I saw the original Star Wars trilogy, but I do remember watching the Star Wars Trilogy Special Edition on VHS and the uncomfortable feelings of slowly uncoiling nerd-rage that followed forthwith. It’s a feeling shared by many. The releases of Episodes I-III, starting in 1999, with all of their kindergarten clumsy character beats, scenes of Force-powered domestic abuse, and problematic Jar Jar/Trade Federation racial-anthropomorphism, only added insult to my inner child’s injury.

Lucas, it seemed, could not stop himself, years and decades after the fact, from defacing his original masterpiece whenever a new technology allowed him to satisfy his ur-vision for ever more Stormtroopers, X-wings, random dinosaurs, Jabba just walking around, and brand-new sound effects. Lucas’s method of handling his film legacy is more in line with the way jam bands approach writing setlists than with conventional filmmaking.

The movies are, of course, his, and he can do as he pleases. But this doesn’t mean his fans should be happy about it.

I mention this because, with the surprise release of a new Harry Potter story, it’s tempting to wonder if J.K. Rowling is on her way to becoming her generation’s George Lucas. Like Lucas, she’s creator of a pop-cultural fantasy phenomenon, with a veritable ocean of money in the bank and the industry clout to get anything she writes published. Like Lucas, much to the consternation of her fans, she can’t let go of the world she built, constantly redefining characters, straightening the portraits in the hallways, and dropping in on thirtysomething wizards who are just trying to enjoy a Quidditch match.

The short story — which appeared yesterday on her Pottermore website, crumpling the site’s bandwidth under a stampede of Muggledom — is written in the form of a Daily Prophet gossip column emanating from the bile-soaked quill of noted hack Rita Skeeter. The faux-celeb-sighting piece recounts the reunion of some of the notable living members of Dumbledore’s Army on the occasion of the (conveniently timed branding alert!) Quidditch World Cup. No word on if England made it out of the group stage.

It’s kind of a fun read! And, really, it’s mostly innocuous compared to some of the other fiddling and creative process–oversharing details Rowling has revealed over the years.

She’s explained her reasons behind keeping the Deathly Hallows epilogue vague by basically outlining what ends up happening to some of the characters, thus defeating the purpose of writing a vague epilogue. She’s mentioned almost killing off Ron. She’s outed Dumbledore (which is fine, but, like, let me figure it out on my own). And, in her most Lucas-y move, she reframed one of the series’ core love stories, wondering aloud if Hermione maybe kinda shoulda ended up with Harry instead of Ron and mentioning that the Ron/Hermione ship would’ve required professional counseling to keep on sailing. This last casual rearranging of canonical lore threw a majority of Potter fans into an uproar, while emboldening a vocal Harry/Hermione shipper minority.

In a 2012 profile in The New York Times Magazine with (Grantland’s own) Bryan Curtis, Lucas — sounding ever-so-slightly defeated after years of criticisms at the hands of Star Wars originalists and the wide-scale mockery in response to the now-infamous scene of Indiana Jones surviving a nuclear blast by sheltering inside of a refrigerator — said, “I’m retiring. I’m moving away from the business, from the company, from all this kind of stuff,” and, “Why would I make any more when everybody yells at you all the time and says what a terrible person you are?” About a year later, he was writing new material for another set of Star Wars movies. Shortly after that, he sold Lucasfilm to Disney for $4.05 billion (full disclosure: Disney owns Grantland). Surely, $4 billion is enough F-you money to sail jauntily off into the sunset with the wind tickling your pompadour, and Lucas seemed ready to do just that, saying he’d hardly spoken to new Star Wars director J.J. Abrams. This was quickly contradicted by Lucas’s son Jett, who said his dad was having trouble letting go and was “constantly talking to J.J.” George Lucas is now a consultant on the upcoming Star Wars movies.

Rowling reeled off an incredible seven books in 10 years [stares icily at George R.R. Martin], sticking the landing with an ending that was satisfying, powerful, and poignant. She racked up a reported personal fortune of just less than $1 billion. The Harry Potter brand itself — the books, movies, assorted toys, licensed tchotchkes of all types, and the Wizarding World of Harry Potter amusement park — is worth an estimated $15 billion. Since the publication of the final book in the series, Rowling has moved into smaller, grounded stories under her own name and a nom de plume.

So, why go back to Harry Potter? Why keep adding details to something that’s essentially perfect? It’s certainly not the money. I suspect it’s something about the fantasy genre itself, something about world-builders.

Rowling is constantly fiddling with her characters seven years after the last book in the series was published. Lucas keeps adding new scenes and effects to movies that are 30-plus years old. Martin seems reluctant to even consider getting out of his richly detailed fictional Jacuzzi cocoon, even as the television version of his story bears down on him like a freight train, threatening to spoil his entire story. Robert Jordan originally planned his Wheel of Time series as a six-book arc, only to die while writing the 12th book.

When you build a world, all you see are the seams, and the urge to tinker and patch is irresistible. But those threads are what hold the creation together in the first place. Now, please, put it down and walk away, before you turn perfection into a sad Christmas sweater.

Rosie O’Donnell Returns to ‘The View’: An Emotional Odyssey Reenacted by Our Favorite Rosie Doll