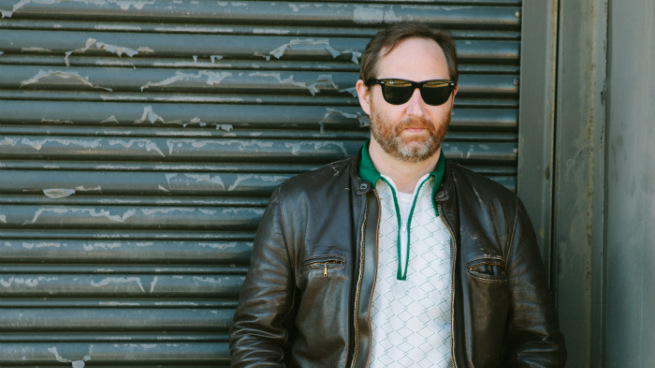 One of the best qualities that any singer can have is the ability to sound vulnerable without seeming weak, embodying a certain beaten-but-never-broken kind of strength even when expressing utter pathos. Otis Redding, obviously, had that. So did Nina Simone. Amy Winehouse had it on about half of Back to Black. I would also submit that Greg Cartwright, the lead vocalist and songwriter for the North Carolina–via-Memphis rock-and-roll outfit Reigning Sound (among a dozen or so other bands), has it.

His voice shares that particular, melancholic quality, sometimes described as a “high lonesome” sound. Its most distinguishing feature is the physical sensation it provokes in a listener’s body, a sweetly painful combination of a light, hollow chest and a heavy, churning gut. This kind of voice is made for ballads (like this), but even when Cartwright sings (or screams) songs that are the polar opposite of ballads (like this), he never loses that high lonesome sting.

“I can emote joyfulness and happiness and lots of different things, but I connect with loneliness, sadness, melancholy, because those are things that I’ve struggled with in my life,” Cartwright told me when I phoned his home in Asheville a few weeks ago. “And I continue to go up and down with that, even though I’ve got a wonderful family and good friends. It is just something that I connect with. It has been easy for me to get in that space for one reason or another.”

Cartwright, 42, starting playing in bands when he was in his teens, playing scorched-earth greaser punk in ensembles with names like the Painkillers, which eventually became Cartwright’s first group of note, the Compulsive Gamblers. Out of that band came an even more popular group (in garage-rock circles anyway), the Oblivians, with whom Cartwright perfected the trebly, furiously over-amped, synapses-shredding amalgam of noise, R&B, classic rock, blues, and country with which he became associated.

Cartwright’s latest album with Reigning Sound, Shattered, is something else entirely. Sonically, it’s easily the sweetest-sounding record he’s ever made. Formed in 2001, Reigning Sound was already a refined and accessible ensemble by Cartwright’s hardscrabble, no-fi standards, earning him a loyal and relatively large underground audience. After 2009’s career-best Love and Curses and the excellent 2011 “mini LP” Abdication … For Your Love, produced in part by Dan Auerbach and funded by a car company advertising campaign, Reigning Sound underwent a significant lineup change, which subsequently reconfigured the band’s sound. Instead of the loose, hard-charging, and guitar-centric rock of Reigning Sound’s previous records, on Shattered Cartwright has moved toward the seductive strings and tinkling keyboards of prime early-’70s soul. (It’s no surprise that Shattered was recorded at the Brooklyn studio of Daptone Records, the indie label known for traditionalist soul’s current queen, Sharon Jones, and birthing Back to Black.)

The makeover fits Cartwright’s weathered, searching tenor perfectly, providing ample opportunity to slay both wistful heartbreakers (like “If You Gotta Leave,” which nods obliquely to the recent deaths of Cartwright’s Memphis scene pal Jay Reatard and Detroit punk luminary Jim Shaw) and upbeat rockers (like the gleefully Stonesy love song “My My”). Cartwright, who filled the years between Reigning Sound releases with new records by the Oblivians and Parting Gifts (a project with Coco Hames of the Ettes), was happy to let his backing musicians dictate the direction of the music, molding Shattered to suit his collaborators’ on-the-money precision.

“Every guitar note is kind of punctuated right where it should be. There’s not a lot of ramshackleness, which I like,” he said. “It’s good because that’s naturally the way that they play. With other lineups of the Reigning Sound, they were real loose players. So I tried to make that a strength. And with this record these guys play more in the pocket. So I try to play to that strength.”

What has united all of Cartwright’s projects, in addition to his songs and indelible voice, is fealty to the fundamentals of old-fashioned, live-in-the-studio record-making. An avid record collector, Cartwright is a master at making albums that sound naturalistic, occasionally belying the amount of careful deliberation he puts into them. Cartwright admits to being a worrier in the studio, constantly fretting over capturing the exact right emotion or building each song in just the correct way. For one of Shattered’s best tracks, “Never Coming Home,” Cartwright decided one week before mixing that it needed a bridge, so he went back with an acoustic guitar and inserted one with a tape edit. But the final product always sounds like it was bashed out quickly and with a minimum of fuss. As a result, Cartwright’s records don’t age.

“I almost never embrace something [when] I don’t know how it works,” he explained. “Like, I can hear records by other modern groups and really dig the way they use synthesizers, but I’m never going to use one. I can easily say, ‘Oh, I know exactly how I could do a song like that.’ But if I did then it would feel kind of disingenuous for me and then I would spend the next five years wondering about that song and whether I should have ever recorded it.”

If Cartwright has found a musical comfort zone on Shattered, everything else about the record has pushed him into new, less certain terrain. After more than 20 years of working with obscure labels that have limited resources, Cartwright has hooked up with his biggest record label to date, the super-indie Merge Records, home to Arcade Fire, M. Ward, and (until recently) Spoon. It’s a big change of pace for Cartwright, a father of three who works part-time as an electrician and record-store clerk to help make ends meet.

Over time, Cartwright had grown accustomed to the less professional segment of the music business. With new opportunities come new stresses. When I half-jokingly suggested that he’s finally poised to become a star, he half-jokingly retorted, “What are you trying to do, pile on my anxiety?”

“There’s more promotion involved, which also means for me talking to people a lot more than I normally would,” he said. “You know, doing a certain amount of self-promoting. I’m not complaining about it at all. It just, like, makes me nervous. Because I’m kind of used to a small label where there’s no budget for any promotion. So after I make the record, all there is is to put it out there and see if people buy it.

“This is kind of more like fishing,” he added with a laugh. “With this I’m using, like, some really nice bait.”

Check out this exclusive stream of Shattered, which comes out July 15.

A Tale of Two Tinkerers: Is J.K. Rowling Becoming This Generation's George Lucas?

George R.R. Martin’s Final Answer to the ‘Will He Finish Before He Dies?’ Question: ‘F--- You’