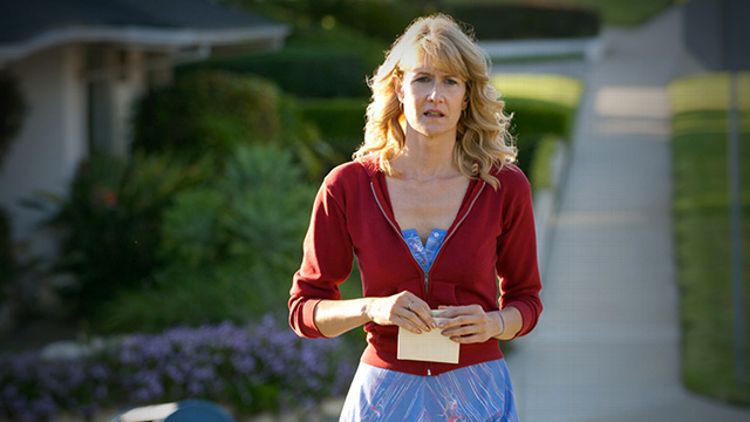 A hard and fast truth, not only in television, but in American life: People just don’t like watching sad, aging, neurotic women. The past decade has brought us plenty of popular shows that feature women on the verge of some sort of nervous breakdown or another, but there seems to be a rule that female mental illness must be cute/funny, homicidal, or sexualized. You’re either a hot mess of childlike affectations or you’re standing in the middle of traffic on Wisteria Lane, a paring knife gripped in your bony, manicured hands. The reasoning behind this flattening of the female psyche is obvious: Television, for all its complexity, still clings to its patriarchal past, where the central question lies in whether or not the crazy lady can or cannot be saved by love of the strong, stoic lead.

Which is why it’s both expected and disheartening that HBO canceled Enlightened yesterday. Throughout its 18-episode run over two seasons, the show developed a cast of characters who lived outside the usual Hollywood gender equations. There was none of the diversity cynicism that drives shows like Glee or The New Normal, whereby the mere presence of a gay, Asian, black, or Latino character is supposed to stand in for some sort of political statement about our post-racial times, nor was there any attempt to use nudity or “frank conversation” to trick the audience into believing that something new and daring was being done. (Lena Dunham, I love you to death, but the seams are starting to show a bit on Hannah Horvath’s neurosis.) In fact, nothing about Enlightened was ever grand or manipulative and perhaps its failure to draw in viewers came from the fact that there was nothing you could say about the show that would fit into a 140-character tweet.

Instead, Enlightened was a slow burn, a show that demanded you care deeply about its characters in a way that fell outside of your own narcissism. You had to empathize with a woman who had bottomed out and was desperately trying to find a way to find salvation in a world that constantly offers up easy catharsis, but rarely provides a meaningful one. Amy Jellicoe foundered and then foundered some more, but unlike the famous foundering women of Hollywood, Jellicoe made all her mistakes without a hint of grace or manufactured self-awareness. We tend to prefer a cleaner swing in our characters — we like to watch them fail miserably for a while, vomit in a toilet, and then find out the meaning of life, which, sadly, usually is some vision of love.

In an interview with Vulture last month, producer/writer/co-creator Mike White expressed his own skepticism about the willingness of Americans to watch a female lead in anything outside of a traditional madcap comedy or action film:

Women are interested in men and women, and men aren’t interested in the woman’s story. They just aren’t. There are exceptions, but by and large … I mean I do think that it’s feminizing for a guy to go see a movie with a female lead unless it’s Angelina Jolie shooting people or Zero Dark Thirty or something that feels like it’s in the male sphere. The devaluation of the traditional female roles or the traditional female approach, it starts to feel like this is what’s wrong with our country. Should I get off my high horse?

I don’t know if it’s that simple. (I imagine White doesn’t, either.) While shows with female leads like 30 Rock and Girls never boast ratings that reflect anything close to the weekly word count expended in their honor, they also weren’t completely ignored by the public. Enlightened, for the most part, was. There were several reasons for this, including the show’s slow pacing, the lack of an easy, universal “point,” the subtlety of the humor, and the intentionally unremarkable lives of all the characters. But above all these things, I believe that the viewing public just wasn’t ready to watch an older, neurotic woman try to sort out her problems in an earnest, scattered, and oftentimes maddeningly awkward way. And when the first season ended and Amy Jellicoe hadn’t gotten much better or much worse, the show crossed over into the narrative structure of our real, sad lives. Nobody wants to watch that on TV.

I’m not one of these people who believes that the only point of a work of art is to expose the truth, however ugly, about humanity. After watching Kenneth Lonergan’s Margaret, I had no problem believing that a somewhat spoiled, precocious teenage kid would act exactly the way Anna Paquin’s character acted after going through a deeply scarring psychological trauma. But I did not enjoy Margaret, at all really, because it seemed too caught up in its own quest for a completely truthful, dramatic unraveling. I imagine that many people felt this way about Enlightened, but they are wrong, because there was always a deep empathy in Laura Dern’s portrayal of Amy Jellicoe that crossed the threshold between confession and art. In particular, there’s a scene late in the show’s run where Amy and her ex-husband Levi, played by Luke Wilson, sit at a children’s baseball field. Levi has just returned from rehab in Hawaii and wants to start a new life with Amy, who has moved on. At the episode’s climax, the two have the following exchange:

Levi: You’re the only one who ever believed in me. Why did you do that?
Amy: ’Cause I loved you.

I can’t remember the last time a television show was able to deliver such simple, expressive lines with such a devastating effect. For a phrase like “’cause I loved you,” to land, an entire emotional history must first be built up by a fully confident writer, director, and actor. (What annoys me more than anything about the current independent film climate are these filmmakers who believe that close-up shots, creative color filters, and cloying, completely constructed lines can stand in for simple declarations of love. There’s a laziness to that sort of stuff that’s just evil. And I’m not only looking at you, Zach Braff in Garden State and the otherwise great Sarah Polley in Take This Waltz, although I am looking at you, Zach Braff and Sarah Polley.)

For 18 episodes, White, Dern, and the rest of the cast of Enlightened brought us a show unlike anything else on television. They did so without worrying too much about social media strategies, buzz topics, or all the other caveats and intrusions that has turned “good TV” into the craven approximation of good TV. Instead, they tried to make us care about a character, who, despite desperately needing compassion, had forgotten all the tricks to find it. Enlightened was always a high-wire act and I suppose it makes sense that it could not last more than 18 episodes. As a devoted fan of the show, I only hope that White’s commitment to creating a show he believed in will not preclude him from making the next Enlightened.

Justified Season 4, Episode 11: The 'Decoy' and the Brutalized Constable

Rock Memoir Book Club: Kenny Rogers's Luck or Something Like It Gambles With Your Patience