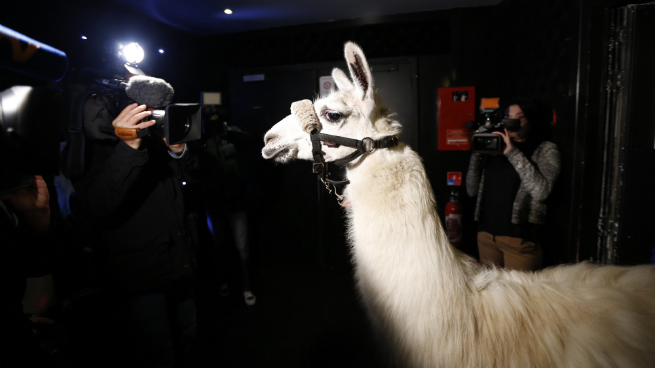 “ALPACALYPSE NOW,” read the TMZ headline on the tale of the llama that went to the clurb. Not since Bianca Jagger rode a white horse into Studio 54 have the worlds of nightclubbing and animals collided in such an explosive way. The llama, whose name is Como T. Llama, was brought to horribly named Hollywood club Bootsy Bellows to celebrate the premiere of the new Starz show Llama Cop. Somebody alerted the non-llama cops, and the Department of Health is now looking into a citation or potential shutdown for the club. You might think this is a late April Fools’ Day goof, but no, this really happened and Llama Cop is a real thing (a web show).

Did we fall right into the viral publicity trap set by Llama Cop? Of course we did! After all, would we have paid attention if the llama hadn’t been arrested? (The llama was not arrested.) I mean, maybe; I really like llamas. Mostly I feel bad for the llama in this situation, unless Como is a guard llama, and that’s why he was cast as a cop. A Method llama, if you will.

Apparently bringing llamas to the club is a thing? Because I also found a picture of a llama at a club in Cannes named Serge. For what it’s worth, this llama looks exactly like Serge Gainsbourg. Serge gained international fame when he was kidnapped from a circus by some drunk teenagers who released video footage of the stolen llama online. He became virally famous for the incident, hence the honor of showing up at a club. He also inspired a popular parody song called “Lamaoutai” (“Llama Where Are You?”). Who needs celebrities? Let’s just make llamas our celebrities. 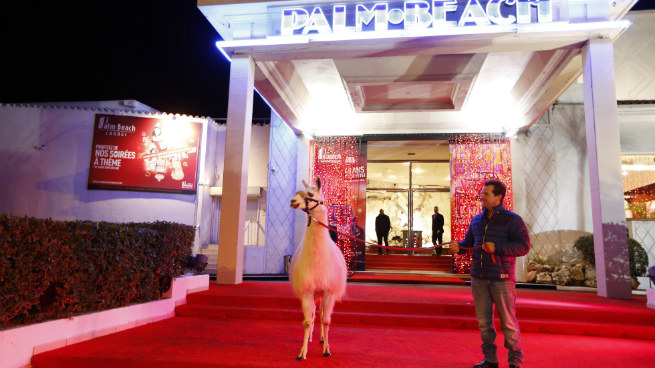 The Week in Gossip: Power Couple Check-in With Nick Cannon and Mariah Carey ... and Lindsay Lohan and Arianna Huffington