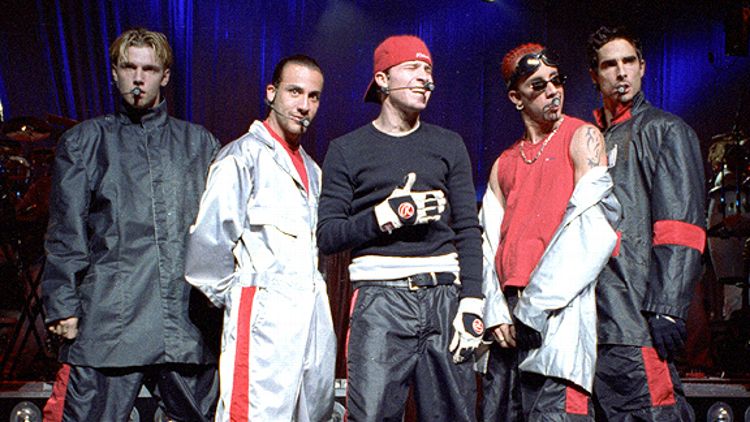 Bad news, fans of freedom! China’s Culture of Ministry has released a list of 100 songs that will be banned in the country effective September 15 (music websites have until then to remove the offending tracks). The Ministry hasn’t explained why these particular songs are being banned, although the common presumption — despite the fact that many of the selections are pretty vanilla — is that they contain inappropriate lyrical content. And while most of the list is made up of Japanese and Taiwanese music, the Guardian to a handful of Western pop songs that may soon never be heard in China again. Now, in solidarity with our music-loving friends in China, Hollywood Prospectus offers a few alternatives for the blacklisted tracks.

Banned: Backstreet Boys, “I Want It That Way”
Legal Alternative: There are certainly better BSB songs than ““Show Me The Meaning of Being Lonely,” but it’s the most appropriate as a direct replacement for “That Way,” as both tracks are yearning ballads from 1999’s Millenium, the band’s greatest moment. By the way, did China ban “I Want It That Way” because they think it’s about sex? Is it about sex?

Banned: Katy Perry, “Last Friday Night”
Legal Alternative: “Last Friday Night” is a definite KP peak, but “Waking Up In Vegas” is an almost-as-good party jam. By the way, we assume the cultural importance of Las Vegas translates in China but just in case, feel free to change the words to “Waking Up in Macao.”

Banned: Beyoncé, “Run the World (Girls)”
Legal Alternative:
Joke’s on China with this one — everyone in America was sorely disappointed by the first single from 4, and would presumably be fine with it being blacklisted over here, too. But Bey’s “Get Me Bodied” is one of many superior choices in the woman’s back catalog.

Banned: Britney Spears, “Burning Up”
Legal Alternative: This is a cover of a Madonna song. Is the Madonna version still legal? Let’s play it safe instead, with Britney’s recent career highlight “Till the World Ends”.

Banned: Lady Gaga, “The Edge of Glory,” “Hair,” “Marry the Night,” “Americano,” “Judas,” “Bloody Mary”
Legal Alternative: Damn, China got Gaga pretty good here. Those are some of the best tracks from Born This Way. However, swap out with BTW’s You and I,” plus the big hits from her previous album (“Paparazzi,” “Bad Romance,” “Telephone,” “Poker Face,” and “Just Dance”), and you’re money.