A Guide to the Rest of Ryan Reynolds’s Romantic Career 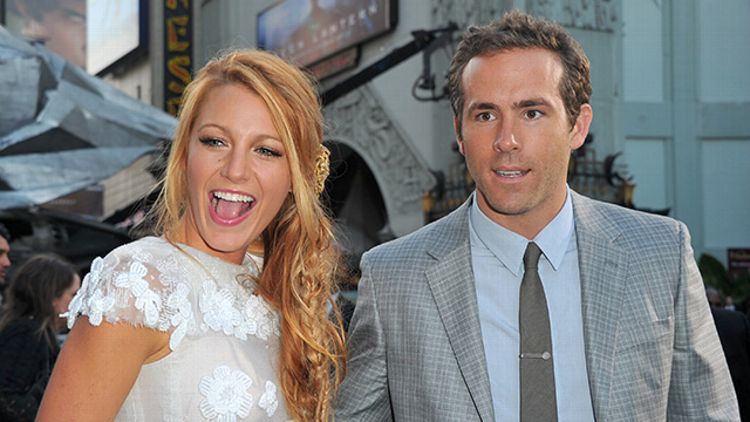 It appears that Ryan Reynolds and Blake Lively got married. If your first reaction was a brief eyebrow lift, possibly paired with an audible “huh,” congratulations: That is the correct answer.

At the age of 35, Ryan Reynolds has now been married twice (Lively, Scarlett Johansson for 10 minutes two years) and engaged thrice (Alanis Morissette, way back in 2004). Reynolds is kind of like a groupie of female celebrities, except he happens to be a celebrity, too, which makes matters much more complicated and public. But there is something kind of lost and hungry about his romantic travails up until now, as if he’s searching for that perfect name to attach his name to, and whose fame won’t overshadow his own. One thing is for certain: The search is far from over. Here’s a cheat sheet for the next 10 years.

What Tears Them Apart: Tom Cruise, the Highlander remake

What Brings Them Together: Valentine’s Day 2

Why It’s Meant to Be: I have money on the Cruise-Lively union, and Aniston and Justin Theroux have backpedaled so hard on their supposed engagement that I’m not sure the two would even admit to having met each other at this point, so let’s not even question the collateral damage here. Ryan and Jen will both have five-minute scenes in the impending Valentine’s Day sequel, but naturally will never actually be on set at the same time; however, when glacéau sponsors the film’s premiere gala at the W Hollywood, the two bond over a sweaty tub of Smartwater and the rest is history. Besides, Ryan’s starting to realize the drawbacks of dating American starlets 10 years his junior; for one thing, the cultural importance of Fifteen is entirely lost on them. Ryan’s never been an ageist; why not get back into the older-woman thing with Hollywood’s favorite older woman?

What Tears Them Apart: I mean, it’s Jennifer Aniston. She’s not allowed to get happily married until every other heartsick woman in America is, too. Also, it turns out nobody knows who/what a Deadpool is.

What Brings Them Together: Failure, Canada

Why It’s Meant to Be: With his 40th birthday approaching, his second stab at superhero superstardom D.O.A., and no reason to be in Los Angeles for Oscar season 2016, Reynolds returns to his home province of British Columbia to gain 15 pounds and do some soul searching. One day while driving through the Vancouver suburbs he stumbles upon some kind of Octoberfest being headlined by fellow B.C. native Carly Rae Jepsen, who has fallen on hard times since being dropped by manager Scooter Braun for having long since reached the age where she technically is old enough to be half of her dwindling fan base’s mother. After being moved by her haunting acoustic rendition of “Good Time,” Reynolds heads backstage and the two commiserate about how empty and soul-sucking Hollywood is. Later, Ryan wins a giant panda for Carly at the ring toss, and the two promptly purchase a Los Feliz bungalow and book a flight to LAX.

What Tears Them Apart: After his return to L.A. and a controversial, Oscar-baiting role as the late Ryan O’Neal in an unwatchable but much buzzed-about 2019 Von Trier–helmed biopic, followed by a breathlessly enthusiastic “comeback” press cycle, Ryan’s riding a wave of success. Meanwhile, Carly returns to Mission, B.C., for Octoberfest 2018.

What Brings Them Together: Blake Lively, success

Why It’s Meant to Be: This one only works if you presuppose that the universe is just and fair, and over the next seven years, Leighton Meester becomes the A-list superstar she was always meant to be. I’m thinking she gets a juicy role on a critically acclaimed Showtime series as a morally conflicted manicurist/assassin for a few seasons, then gets called up to the majors to get the Wonder Woman franchise started in earnest, this time directed by I’m gonna say Paul Greengrass? It’s going to be great. Whatever the case, Reynolds shows up in the sequel (Wonder Woman Rises? The Wonder Woman Supremacy?) and on-set romance rumors begin a-flying. By the time the Vanity Fair Oscars after-party rolls around, Meester’s flashing a ring.

What Tears Them Apart: I actually give Reynolds a solid few years of being Meester’s mister. However, when the Steve Trevor spinoff flops, he’ll find himself in uncomfortably familiar territory, and it’s all downhill from there. All it takes is one drunk dial. And don’t be surprised if she still loves you for all that you are.

What Brings Them Together: Destiny.

Why It’s Meant to Be: Take it away, Alanis:

Hallyu Tsunami: The Unstoppable (and Terrifying) Rise of K-Pop Fandom