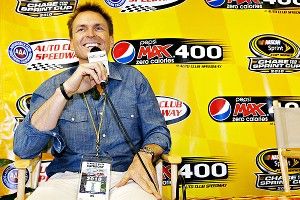 While CBS says they have “no knowledge” of the incident, Fox News is reporting that a man named Jeff Rice — who worked as a freelance facilitating producer for The Amazing Race, setting up the show’s competitions and challenges — has died in Kampala, Uganda. Rice was part of the team that worked on The Amazing Race‘s 20th season, which just premiered on Sunday, but he was not working on the show at the time of the incident. Fox News is calling it a “failed shakedown attempt,” adding “after refusing to give in to the demands of local thugs, Rice and another facilitator ended up very sick with poisoning of some kind.” The name of the other facilitator has not been reported, but apparently she is now “clinging for her life.” The details of the situation were confirmed by Rice’s widow, Sally Blackman.

According to Blackman, “They were not attacked but [evidence] points towards being poisoned. [A]t this stage it is quite difficult to give you any firm reports as the incident is currently under investigation by the Uganda police.” She adds: “I would not like to speculate or even attempt to give my views on this as this may jeopardize the investigation going forward. His production assistant, currently working for [Rice’s company] Maverick Entertainment, was also discovered in a coma and has been hospitalized in Uganda. She has not shown any improvement as [of] yet.” And lastly: “Jeff was a dedicated father who made the most of his time with his family when back home in South Africa. He has left a huge void, not only in the film industry, but with his family he has left behind. We will miss his smiles and constant humor.”

Well, that’s insane. It’s always been clear that some of the countries The Amazing Race visits are very dangerous, but a situation like this suggests that perhaps the local producers working for the show are the ones in the actual way of harm. And while it won’t change anything for Rice and his family, let’s hope that CBS investigates and figures out what kind of situations they are putting their freelance employees into.