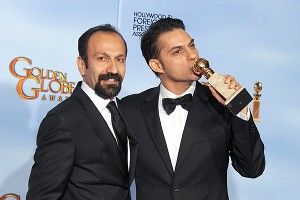 Today, let’s take on the who-the-hell-knows categories — the Oscar contests that are traditionally almost impossible to guess even if you’ve seen the nominees. (Please note: This is probably going to be the final Oscarmetrics column that is completely free of whining about The Artist.)

The nominees for Best Foreign Language Film don’t appear on the Oscar ballot. To vote, members must either call the Academy, verify that they’ve seen all five contenders, and request a ballot, or pick one up at the official showings of the nominated films. In other words, we’re talking about a prize chosen by a very small pool of self-selecting Academy members who like foreign-language films and have enough free time to attend 10 or 12 hours of tightly scheduled screenings, primarily in Los Angeles and New York. Who are they?

As the Los Angeles Times usefully reminded us in Sunday’s fascinating statistical rundown of Oscar voters,  the median age of Academy members is 62. But really, no matter how old you are, you should think of the voters in this category as your parents. They like spending a weekend Learning About Other Cultures. They want to see movies that are “thought-provoking,” but not too disturbing or unsettling. They’re more open-minded about content than they are about style. And more than anything, they like movies that depict the drawbacks, rituals, sociological peculiarities, class inequities, or historical scars of whatever country they’re from. If Best Picture were chosen solely by these voters, The Help would be a lock.

None of those predilections rules out the possibility that this year, the most acclaimed movie of the bunch might actually win. The Iranian film A Separation towers above its competitors in terms of critical regard (and, from what I’ve seen, quality). So it should probably be considered the favorite.

Speaking of Iran, let’s take a moment to tally the number of films from predominantly Muslim countries that have won this award in the last 40 years. Hang on while I count … counting … still counting … OK: zero. And recent history tells us that the year’s most esteemed import — Pan’s Labyrinth, Waltz With Bashir, The White Ribbon — always loses. This year offers no shortage of possible spoilers. Some of my fellow handicappers feel that Canada’s still-unreleased Monsieur Lazhar (which I haven’t seen) could be the shocker here; the Holocaust movie In Darkness is … well, did I mention it’s about the Holocaust? And with four nominations in the last five years, Israel, in contention for the soon-to-open Footnote, feels like it’s getting close to a win.

I’m going to give the Academy the benefit of the doubt and guess that A Separation is simply too masterful an achievement for voters to pass up. But be warned: This is a category that finds a new way to break your heart every year.

Hell and Back Again
If a Tree Falls: A Story of the Earth Liberation Front
Paradise Lost 3: Purgatory
Pina
Undefeated

Like Best Foreign Language Film, this is an off-ballot category that’s voted on primarily by Academy members who attend screenings of all five movies. It’s a worthy set of nominees, but when all is said and done, the 20-year struggle of Paradise Lost filmmakers Joe Berlinger and Bruce Sinofsky to exonerate the West Memphis Three is probably going to be hard to ignore. Wim Wenders’ gorgeous dance doc Pina, the box office hit of the bunch, is likely to struggle in a category that almost never rewards films about artists, and Undefeated, a kind of real-life Blind Side, feels a bit lightweight for the prize. If there’s an upset victor here, it’s likely to be Danfung Dennis’ Hell and Back Again, which combines harrowing Afghanistan war footage with a tough and unflinching look at one very angry soldier’s struggle through post-combat physical rehabilitation. (It’s available on Netflix instant play, and it’s as good a documentary as any you’ll see this year.)

The Barber of Birmingham: Foot Soldier of the Civil Rights Movement
God Is the Bigger Elvis
Incident in New Baghdad
Saving Face
The Tsunami and the Cherry Blossom

The winners in the short-film categories are decided by voters who attend marathon Academy screenings of all five contenders and then, for the most part, vote almost immediately afterward on a ballot provided at the showing. That means a great deal hinges on how these movies play with and against one another — something that can be affected even by the order in which they’re shown. This year, the winner will be the movie that, after a combined 160 minutes of viewing, has the most immediate emotional impact.

One clear trend in documentary shorts is that it helps if they’re not too short; no movie under 30 minutes has won this prize in at least a dozen years, which is bad news for the relatively brief and underdeveloped Barber of Birmingham and Incident in New Baghdad. Of the three heftier films, Saving Face, about doctors, lawyers, and legislators in Pakistan helping women whose faces have been scarred by acid attacks, makes a stronger impression than The Tsunami and the Cherry Blossom (horrifying disaster footage gives way to overworked horticultural metaphor) or the lovely God Is the Bigger Elvis, about Presley-era starlet-turned-Benedictine-nun Dolores Hart (who is, by the way, an Academy member, although what she voted for, God only knows).

In eight minutes, A Morning Stroll manages to incorporate two 50-year time jumps, three distinct styles of animation, what the MPAA’s ratings board would probably call “graphic zombie violence,” and an excellent twist ending — not to mention an appealing statement about urban life. It deserves the award, but voters (who make their choice at special screenings) tend to honor poignancy over wit. You can probably rule out Dimanche/Sunday and Wild Life, two Canadian studies in north-of-the-border despair. Which means a likely showdown between Pixar’s La Luna (in which a little boy helps his father and grandfather keep the moon lit) and The Fantastic Flying Books of Mr. Morris Lessmore (produced in Shreveport, Louisiana), an appealing, wistful fantasia about a lifetime spent getting lost in a world of books. Since there seems to be a kind of collective resistance to honoring Pixar in this category (since winning in 2001, it’s gone 0-for-6), I’m guessing Lessmore takes it.

Another category in which voters pick a winner after watching all five movies in quick succession. It pays to stand out, so, given that four of this year’s nominees are comedies, the one that isn’t may have the edge. That’s Raju, a wrenching and suspenseful story of unbridgeable cultures about a German couple trying to complete an adoption in Calcutta only to discover that the “orphan” they’ve been given may have been kidnapped from his still-living parents. It’s like an intensely compressed version of Babel (and, by the way, ripe for a feature-length American remake). Writer-director Terry George’s The Shore, about the healing of a fractured friendship in Ireland, has the most gravitas (and strongest filmmaking chops) of Raju’s competitors, although another Irish film, the tiny Pentecost (essentially a long joke about a recalcitrant altar boy), has its fans as well. Edge to Raju.

Now, back to the categories in which everybody gets to vote. Voters don’t need a special ballot to pick a winner here, and they don’t need to have seen all the movies, which means we can immediately write off Spain’s barely released Chico & Rita and France’s still-unreleased A Cat in Paris. No need to go into great detail: Rango takes it.