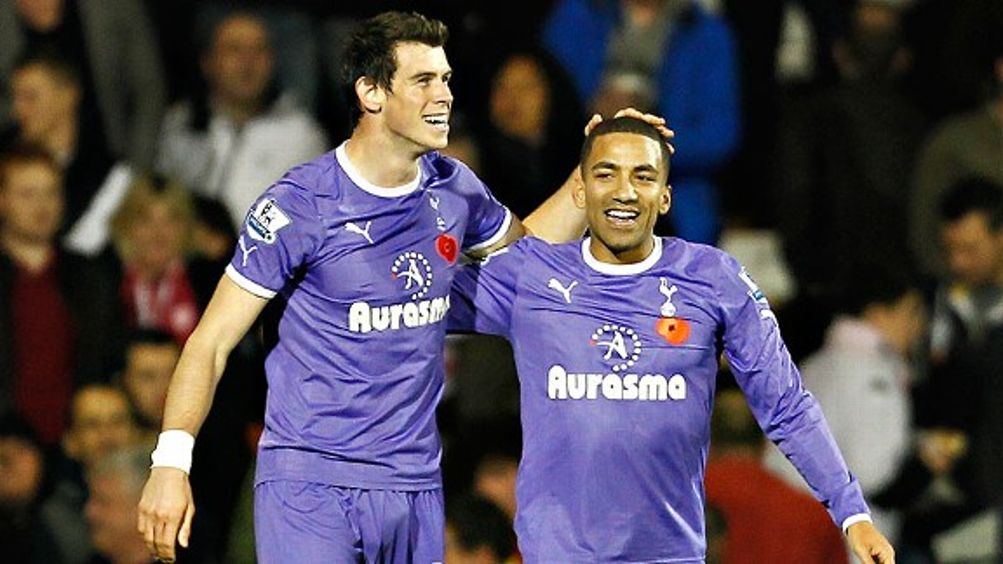 Game of the Week: Tottenham 3, Fulham 1

The Reducer knows there are lots of ways to choose the football team you’re going to support. Maybe there’s some kind of personal/historical reason, like your parents met on a blind date in a pub near Highbury. Or perhaps your support is some kind of extension of your ideology; like you enjoy being alone, so you like Wigan. But in the absence of any kind of come-to-Maradona/Jesus moment, you can always choose a team based on your affinity for the way it plays.

In which case, you should probably be screaming, “Come on, you Spurs!” at the top of your lungs.

Yes, there are lots of things to appreciate on each team. Go ahead … fawn and beard-stroke over the way Barcelona keeps the ball, the way Manchester City outmuscles everyone else, or the way Arsenal conducts orchestral passing movements. But sometimes a counterattack is the most beautiful thing in the beautiful game. And no team is running the counter better than Tottenham right now.

It’s sort of fitting that Spurs run the counter so well; it serves as a metaphor for the way their season has gone. In their first two games of the campaign (following a postponed match against Everton), Spurs gave up eight goals to the Manchester teams, scoring only one for their troubles. They were the guinea pigs for United and City’s football experiments.

Since then, Spurs have gone unbeaten and find themselves second in the Premier League’s form guide. The second third of the season has belonged to Tottenham.

In Aaron Lennon, Gareth Bale, Kyle Walker, and Benoît Assou-Ekotto, Harry Redknapp gets to play around with a quartet that resemble the Graddy-Brown-Smith-Lewis relay team more than they do a group of football players. And against Fulham this past weekend, especially in the first half, these players were like a collection of Road Runners; swapping flanks, playing one-touch passes, and beep-beeping their way past Fulham’s defenders.

Walker in particular was a revelation. Tottenham’s first goal was a product of the young, English right back getting to an Emmanuel Adebayor diagonal pass that he really had no business getting to. Much to the surprise of everyone at Craven Cottage, everyone watching at home, and especially Fulham’s thunder-footed fullback John Arne Riise, Walker sprinted to the pass, retained possession, and pulled it back for Lennon, who smashed a shot that was eventually rebounded in by Bale (with a little help from Fulham defender Chris Baird).

The first half was one of the more delightful attacking performances The Reducer has seen all year; there was Assou-Ekotto playing left wing, while Bale was playing left forward. There were Scott Parker and Luka Modric playing center back, while the eternally crocked but technically gifted Spurs captain, Ledley King, galloped forward. There was Adebayor dropping deep into some kind of play-making role despite the fact that, well, he’s Emmanuel Adebayor. It was quick, it was playful, and it was exuding confidence.

No more so was this swagger on display than on Lennon’s goal, the second for Spurs. Ekotto to Lennon, one-two with Bale, Lennon charging down the (swapped) left flank, blowing past Fulham defenders who were still looking at Ekotto, and smashing a shot into the far right corner, past the Cottagers’ diving keeper, Mark Schwarzer.

The second half was another story, as Fulham went all-assault on precinct Spurs, pouring forward, eventually grabbing a goal, and very nearly scoring an equalizer. Spurs’ second-half strategy was not particularly imaginative; Rafael van der Vaart was sacrificed for Brazilian ankle-grinder Sandro in an effort to shore up the midfield and save Van der Vaart’s always-about-to-be-tweaked hamstring, and the 3-1 score line ultimately flattered Tottenham, with Jermain Defoe grabbing an injury-time goal to put the match to bed.

There are several reasons for Spurs’ form right now; they’ve been resting players through the Europa League group stages, and this win streak, not coincidentally, coincides with a run of fixtures against the likes of Wigan, Blackburn, QPR, and, at the time, decimated Arsenal.

But the big reason for this side’s success is the consistent makeup of its starting IX. Redknapp has started the same side three games in a row, playing an attack 4-4-1-1, with Modric and Parker as the sole central midfielders. Three matches might not be a huge sample size, but it’s still a surprise coming from the notoriously fickle Redknapp. His investment in this starting side has clearly paid dividends and has led to a bit of chirping coming from the Spurs players. After the Fulham match, Ledley King threw down something of a gauntlet (and miraculously didn’t hurt himself in the process), saying, “I hope we can become the biggest challenger to the Manchester teams.”

Which brings us to the cloud covering this silver lining of a run. It can’t last. There are simply too many injury-prone players on Tottenham for them to keep up this kind of relentless pace. King, Bale, and Lennon all have a tendency to suffer knocks that keep them out for games at a time. Furthermore, good teams with quick fullbacks and three-man midfields will always trump a team like Spurs, who rely on pace and flair. As the weather turns in England and the football gets inevitably a little more pragmatic, look for Tottenham’s form to dip a bit. But that doesn’t mean you can’t enjoy a great counterattack while it lasts.

This seems like it’s going to be the end of Wigan’s Premier League run. For several seasons, through managers such as Paul Jewell, Steve Bruce, and now Roberto Martinez, Wigan has survived selling off its best players (Antonio Valencia, Charles N’Zogbia, Leighton Baines) by finding inexpensive replacements. But all that upheaval seems to finally have caught up with the small club, as it looks bound for relegation with a team that simply cannot compete. Losers of their past six matches, the Latics simply cannot score goals. Martinez was probably hoping for big seasons from Victor Moses and Hugo Rodallega, but neither has shown much of a nose for goal this season. Moses, who looked like a beast at Crystal Palace, has zero goals on 35 shot attempts, while Rodallega, who basically kept Wigan in the Premier League last season, has yet to score, playing in only six games this season. Wigan owner Dave Whelan has often pledged his allegiance and bandied about his affection for Martinez, but don’t be surprised if there’s a new man roaming the technical area for the Latics by Christmas. And, no offense to all 13 Wigan fans, The Reducer won’t be that sad to see it go. While I’m all for the meritocracy that allows Wigan a chance to play the likes of Chelsea and Man City, it sort of sucks to watch those matches take place in an empty cranberry bog with no fans. With its lack of support, Wigan seems more like a player incubator than a club.

• Sir Alex Ferguson celebrated 25 years of being in charge at Manchester United by having an Old Trafford stand named after him and finding out there would be a statue built in his honor at the legendary ground. But, knowing the all-he-does-is-win ethos of the Scot, he probably most appreciated the gifts bestowed on him by two of his former charges in his weekend matchup against Sunderland. Former United defender Wes Brown scored the only goal of the match (on his own goal) and Sunderland boss (and another former Red Devil bruiser) Steve Bruce extended his streak of never, ever even daring to try to win when playing United at home. Congrats, Sir Alex.

• One of the best sights of the weekend was seeing Aston Villa’s Gabriel Agbonlahor build on his fantastic start to the season. The Villa forward/winger was something of a forgotten man last year, seeing his peers Ashley Young and Stewart Downing move on to the greener pastures of United and Liverpool, respectively. It looked like Agbonlahor’s promising career was going to be stuck in neutral. But playing alongside fellow peripheral England national team player Darren Bent, and being given freedom to roam by newish Villa boss Alex McLeish, seems to have revived Agbonlahor’s career. He’s put up five goals and four assists in 11 games (including one of each on Saturday against Norwich), no doubt leading to this classic chestnut being sung around the Villa Park stands …

There is possibly no worse job in sports than being a good goalkeeper on a crap football team. Ali Al-Habsi put in such a tremendous effort against Wolves this weekend, he deserves a special shout-out here. Some of these saves are Reed Richards-worthy.

Quote of the Week: Neil Warnock

A week late, but it would be a pity to not highlight the QPR boss on Spurs’ Gareth Bale, doing his part to build a bridge over the troubled landmass that is Great Britain.