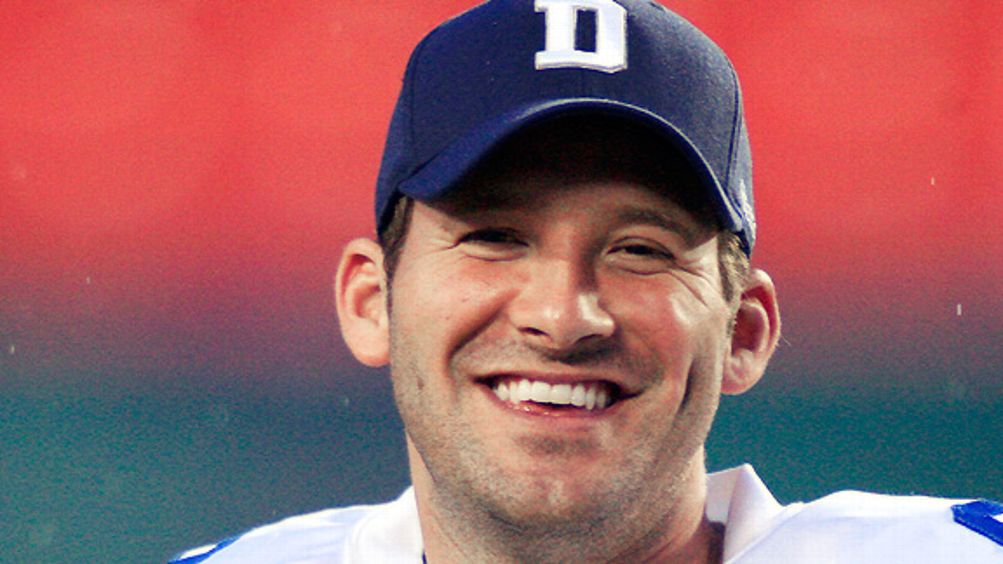 A personal brand like Tony Romo’s could work only in Texas, and more specifically, could be produced only by the smoke and mirrors of the Dallas Cowboys franchise. High school football isn’t a celebration of high-level football, it is an ecosystem of enabling where we celebrate the generic positive traits of football. That’s why those of us who live in Texas must think about the Dallas Cowboys as the state’s supercharged high school football team.

The majority of high school quarterbacks ascend to alpha dog social status in their high school communities based on projected generic intangibles. They might not be the most physically gifted athletes, but their leadership, ‘moxie,’ and ‘patience within the pocket’ make them ‘born leaders.’

Did Romo earn his status as one of the league’s most dependable quarterbacks, or is he just the overrated mediocrity of a high school quarterback who has done a good job of branding his intangible personality traits? Has Texas’ need to create high school quarterback archetypes at every level transformed an affable, injury-prone, ‘heady’ athlete into its favorite cultural icon?

Let’s take a look at Romo and some of the defining traits of a high school quarterback. 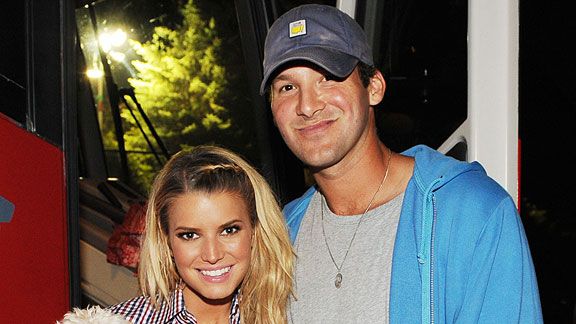 Ideally, the high school quarterback will date a cheerleader, but he can have a few ‘road bumps’ along the way. Actually, the road bumps are encouraged because they help the rest of us understand that it’s sometimes hard to endure temptation. So the high school quarterback should get all the SUV indiscretions and whipped cream bikinis that he wants with his high school’s version of sexual napalm, but he has to seriously date the wholesome blond farm girl who sings about Jesus and pickup trucks.

As such, Tony Romo was destined to marry a female who unironically wore a pink Cowboys jersey with his name on the back. But like all high school quarterbacks, he had to go through the floozy and the ‘one who got away.’ When Romo was in his most public relationship, with Jessica Simpson (floozy), his play began to tail off, and Simpson somehow received the majority of the blame. Fans wanted their first-string QB to find happiness off the field so that he could finally lead the team back to glory.

Watching him go from a ‘nobody’ to an overvalued social figure within Texas was perplexing, because it almost felt as if he won a reality TV show called Win Drew Bledsoe’s Job! Given that pedigree, it sort of made sense that his ‘one who got away’ girl was an American Idol winner, Carrie Underwood. When Romo started dating the rootsy and legit-blond Underwood, the state of Texas collectively sighed in relief. Finally! Romo was settling down with a nice girl, one who could ‘stand by her man.’

Similarly, Romo’s now-wife, Candice Crawford, a former pageant girl whose brother is ‘more famous’ than she is, probably embodies a balance between what Tony Romo thinks he deserves and what Cowboys fans want out of him. 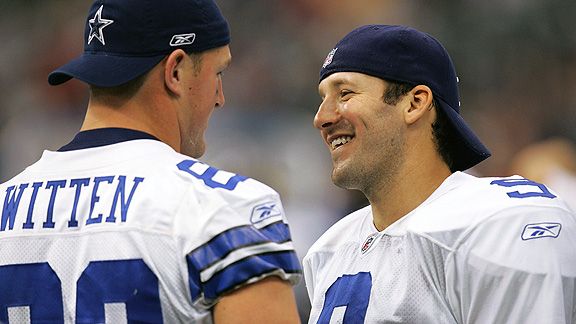 Just One of the Guys

A high school quarterback assembles a posse of teammates who can fit comfortably into his large SUV, driving off campus to get lunch while they talk about their excitement for ‘tonight’s big game.’ Texas football fans want to think that their teams get along off the field. It doesn’t matter that they are grown-ass professional athletes — Cowboys fans just want to imagine that being on their favorite football team is an extension of a nostalgic postgame trip to Pizza Hut.

Jason Witten’s connection with Tony Romo is one of the most hyped bromances in all of sports. There is always an assumption that a quarterback must maintain a strong personal relationship with his most valued target on the team in order for the team to be successful. Fans love to bromanticize the bonds within a professional sports team, often telling the stories of how true team chemistry isn’t constructed after hours of practice, but at random team-building events, like ‘going out for a drink with the guys’ or an annual Ping-Pong tournament.

It is good to know that Witten is always there to go on a double date with Romo’s celebrity partner. There’s something about their kinship that embodies the humility that we project upon Romo. They are basically the two buddies who are ‘just happy to be there’ while the wide receiver corps continues to exist in flux. During the Terrell Owens era, Tony Romo’s ability to bro-down was tested when he attempted to manage the ‘ego’ that is often associated with a coveted wide receiver. It seemed to go well, with their relationship culminating in Owens’ emotional breakdown when he tearfully murmured, “That’s my quarterback” after another Romo playoff flop.

Admittedly, there are pressures associated with being the Dallas Cowboys quarterback that Tony Romo seems well equipped to handle. It seems like his personal ‘aw-shucks’ vibe is a solid defense mechanism against the media pressures that he is facing, since he is judged as not only a quarterback, but also a ‘famous person.’ It probably helped that he endorses Starter so that they won’t ‘pull a Nike’ and perpetually market his story of ‘overcoming adversity’ to ‘achieve success on his own terms.’ Instead, we’ll just see a cardboard cutout of him smiling at us in our local Walmart.

What a decent guy! 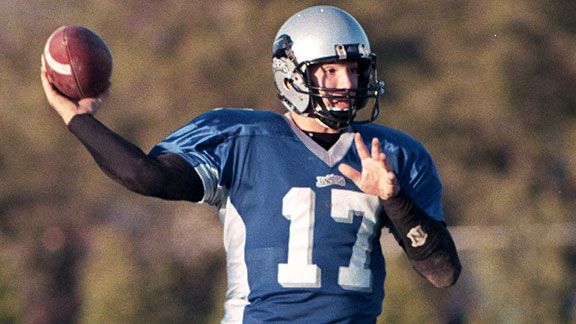 The Little Quarterback Who Could

Tony Romo was one of the greatest Division I-AA college football players of all time, excelling over inferior competition at Eastern Illinois University. He went undrafted, which is always a hyped NFL personal storyline, because even if he is mediocre, he still surpassed his projected ceiling as a player. If a quarterback ‘marinates’ on the bench for a few years, he sort of becomes a buzzworthy passion project that is meant to give the fans hope.

Texans love to root for the storyline of Romo, who embodies the spirit of the high school quarterback. He’s a nice young man who we’d like to watch succeed. All quarterbacks have a fatal flaw that they ‘overcome,’ allowing us to rationalize that “What he doesn’t have in ______, he makes up for in ______.” Romo is still the ultimate high school quarterback because he is adequately flawed in most of his quarterbacking traits, but makes up for it with his ability to perfectly manage his status as the Cowboys’ QB.

We are still waiting for him to ‘overcome’ the darkness of his annual failures. It doesn’t seem that difficult, but only because we’ve already seen Peyton Manning escape from his doomed existence in this football era. However, Romo’s existence is analyzed from the armchair because he is ‘already successful’ as the quarterback of the most famous football team in the world.

Previously from Carles:
The Los Angeles Celtic: Robbie Keane Joins Up with the Galaxy
Does the Cover of Rolling Stone Mean Anything Anymore?
Spotify and the Search for Meaning in Music
How Entourage Inspires a Generation of Young Men
The Lessons of Friday Night Lights