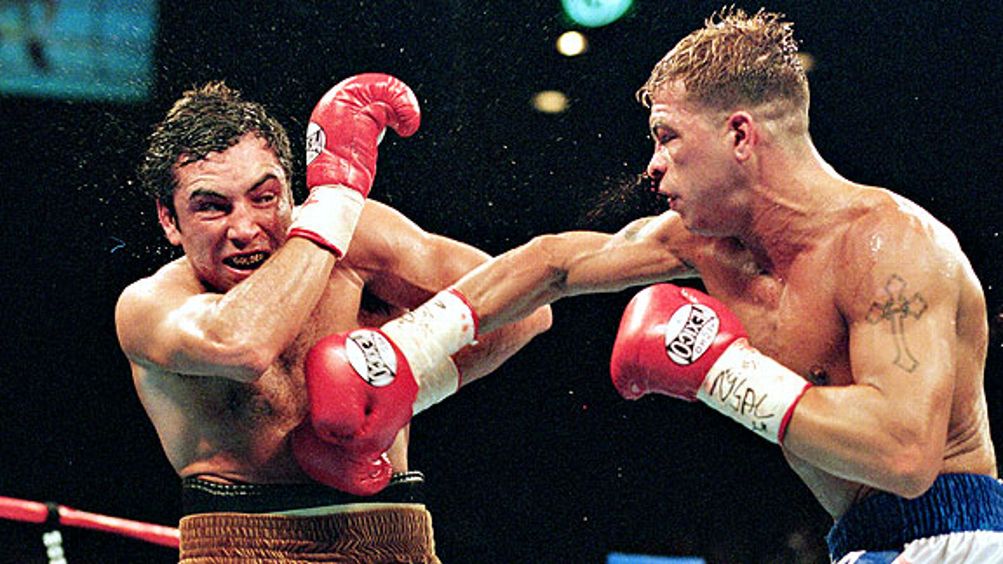 At the end of this month, at a press conference in New Jersey, Arturo Gatti’s friends will announce that they now have proof — courtesy of a private investigator named Paul Ciolino — that the world champion boxer did not take his own life.

But despite the best efforts of his still-loyal corner, the story of Gatti’s death will probably always be incomplete. He was a great boxer because his fights were definitive; there was never much mystery about him in the ring. But his end wasn’t nearly as plain. There are so many possibilities, but each of them leads only to impossibility. Answer after answer, and yet none feels true.

For the people who knew and loved Gatti — most especially his longtime manager, Pat Lynch, who funded Ciolino’s investigation — his alleged suicide remains the greatest impossibility. In brutal fights against Micky Ward, against Ivan Robinson, against Wilson Rodriguez, Arturo Gatti never quit. He won fights despite broken hands and swollen eyes. His face opened with the frequency of doors, but he always pushed through, blind to the blood.

How could a man with that kind of heart ever choose to stop it?

In July 2009, Gatti was found dead in a hotel suite in Porto de Galinhas, Brazil. His wife, Amanda Rodrigues, and their 10-month-old son, Arturo Jr., were in the same suite, unharmed. From the beginning, Brazilian police were baffled: “It is still too early to say anything concrete,” an investigator named Edilson Alves told the Associated Press in the opening hours of his work, “although it is all very strange.”

At first, they arrested Rodrigues for the murder of her husband. They believed that she stabbed Gatti in the head and then strangled him to death with the strap from her purse.

Their brief marriage had been violent from the beginning. They were in Brazil for a second honeymoon, a futile attempt to repair the damage done. (Gatti’s family had begged him to leave her, but he’d already had a daughter with another woman whom he didn’t see very much, and he said that he couldn’t risk losing his namesake son, too.) That night, he and his wife fought yet again, the police believed, only this time around there had been a different finish.

Later, the police — after an investigation that Ciolino has already called “inadequate and downright incompetent” — decided instead that a distraught Gatti, realizing that his marriage was over, that he was facing a life alone, had hanged himself from a banister with Rodrigues’ purse. In the end, the police could never get past the murder physics: that this tiny woman could have overpowered and killed the former champion of the world.

Rodrigues was released. A loyal, outraged Lynch soon began his crusade. Now the case will be opened again, if only at a press conference, scheduled for August 30, in a boxing gym in North Bergen. After, there will be more headlines, more debate, more dissection. Conclusions will be drawn.

But there will still be disbelief about every last one of them. Maybe that’s because all of the possible paths start with the same faulty premise: Nothing could have put this man down.

He was flawed in many ways, reckless and impulsive. He was suspicious. (When he was working with trainer Buddy McGirt, Gatti would purse his lips if a stranger walked into the gym, a nearly invisible directive to McGirt that he should investigate.) He had appetites; he ate too much and drank too much. He had a temper, and for all his strength, he could be easily wounded.

After a press conference before his 2001 fight against Oscar De La Hoya, Gatti sat down with a small group of familiar reporters. One of them, Michael Katz, made a bad joke about whether Gatti should start the fight wearing bandages, to ward off the coming cuts. That was it. Gatti was gone.

But he was beautiful in other ways. He was courageous and determined. He could be almost too generous. He was engaging and funny. Sitting down with Gatti for dinner, over big bowls of pasta and baskets of bread, was like eating with your favorite cousin, the adventurer, the one with all those crazy stories from the wars.

After that fight against De La Hoya — during which, in the opening minutes, he did suffer a bad cut under his eye and would eventually be stopped by his corner — Gatti walked through the arena tunnels to his dressing room. A doctor trailed him, wanting to look at his cut, but first Gatti needed some time alone.

He disappeared into a bathroom stall. Down the hall, a mariachi band played outside De La Hoya’s dressing room; the noise of a raucous celebration filtered in. Over them came the sound of Gatti’s crying. He wept in that toilet — wept because his face had let him down again, wept because he had such high hopes that night, had come back from such a long way. He was a prideful man, Arturo Gatti, and he was optimistic and hopeful, and it was as though he couldn’t quite believe that he was bleeding yet again.

He got it all out. He emerged from the stall, submitted to the doctor’s examination — she ordered him to go to the hospital — and then there, smiling at him, was Vivian.

They were engaged to be married, the boxer and the blonde. Gatti held a towel to his face with one hand; he held Vivian’s hand with the other. They walked back out into the tunnels, under the humming fluorescent lights, squeezing past that godforsaken mariachi band and their bedlam. Finally they were through the noise, on their way to the blue-and-white ambulance, the same colors as his trunks. In that last moment of quiet, Gatti looked at Vivian through his one open eye.

Different things were meant to be. They broke up not long before Gatti’s 2004 fight with Gianluca Branco. At a prefight press conference, there was a moment of vulnerability even more revealing than his De La Hoya walkout. He began to thank Vivian — for saving his life in some ways, for lifting him out of his most self-destructive stretches. This time he didn’t get it all out. He began to cry. He struggled to continue before he finally gave up and sat down. Finally he said what everybody who knew him already understood:

“My heart’s too big. That’s my downfall in life.”

Now comes this press conference in New Jersey, the last in a long succession of wins and losses.

Gatti fought Ward three times, winning twice. He lost Vivian. He won the vacant WBC light welterweight title against Branco. He was humiliated by Floyd Mayweather Jr., after which he cried again. He met a woman and had a daughter. He met another woman and had a son.

They flew together to Brazil, and they checked into a hotel suite in a town called Porto de Galinhas. They were hoping to make it work. One way or another, Gatti died there, suffocated by a purse strap. He was 37 years old.

In that hot gym in North Bergen, Gatti will be remembered for many things, but mostly he’ll be remembered for his heart. The case will be made that someone else conspired to shut it down — that will be the only explanation offered, the only answer considered. Nothing else makes sense. He wouldn’t have left on his own. His heart could never have been that broken.

But there, at least, no other possibility exists. His friends won’t like to think so, because it’s a hard truth to stomach, but however Arturo Gatti died, he died broken-hearted. He died without any other way out.

Previously from Chris Jones:
The End and Barry Zito
The Art of the Body Shot
The Lost Magic of Bartolo Colon
Ayrton Senna and the Sports Documentary of the Year