The Odd Death of Arturo Gatti 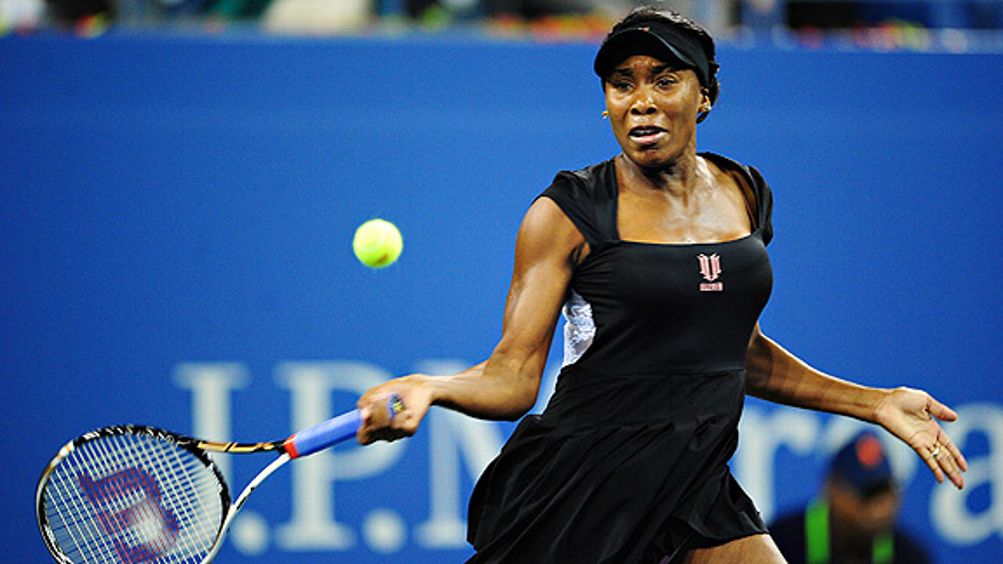 Venus Williams seemed at home as she took the court at Arthur Ashe Stadium last night. So what if she hadn’t played a WTA match since Wimbledon? So what if it was opening night of the U.S. Open? She looked no more fazed by her surroundings than she would be at practice. She knows Ashe. She played in her first grand slam final, the stadium’s first final, as an unseeded 17-year-old here. It’s not the site of her greatest success — that would be Centre Court at the All England Lawn Tennis Club — but it’s where she became a star. It’s her house.

Asked about her opponent as she stepped onto the court, she replied, more or less, Vesna who?

That would be Vesna Dolonts, who was about as far from home as a person could be. Dolonts, a 22-year-old Russian ranked 91st in the world, left Moscow in the small hours of Monday morning for her Monday evening match. Which meant she prepared for the biggest match of her life crammed on a plane. (Visa troubles, airport shutdowns …) She arrived in New York around 2 p.m., reached Flushing at four, and played a seven-time Slam winner in the big stadium just after seven. What did she have to lose?

For half a set, it seemed like Dolonts might possibly, maybe, unbelievably be a spoiler. Williams began with some commanding winners but pushed a little hard, overhitting easy balls down the middle and mistiming returns. Dolonts broke her for 3-2, and then at 4-all, 30-all, Venus tightened up and double-faulted. Dolonts had break point. Already, the Wimbledon champion, Petra Kvitova, had gone down in straight sets, and Maria Sharapova had struggled to get the ball past the fleet-footed young Brit Heather Watson. Imagine what Dolonts was thinking!

Or not. She might as well have been remembering her airline lunch. She lined up to return Williams’ next serve far from the baseline, and Williams smartly smacked it down the middle. After that service winner, it was pretty much over. By match point, Dolonts was practically receiving serve back where the line judges stood. I don’t blame her. Williams reached 126 mph at one point. But perhaps more impressive than the speed was the placement of Venus’ serve. She took advantage of the open angles Dolonts gave her and finished her off with a screamer out wide. Dolonts could only stab at the ball.

It was a routine win, an hour and 18 minutes against a player who couldn’t have slept for much longer than that the night before. Still, it was a promising start. Williams played intelligently, adjusting and improving as the match continued. It was like she compressed months of play into two sets. Despite weeks of suffering from some virus that she refused to name or describe but claimed had left her exhausted, she moved well, flying from one corner to the other and from the baseline to the net. There is nothing like seeing Venus sprint, her long legs arcing. She is a gazelle.

Even now! Earlier in the day, a 16-year-old American named Madison Keys won her first-round match. Keys began playing tennis, she said, at the age of 4 after spotting Venus Williams on television. “I decided I wanted Venus’ dress,” Keys said. Her parents promised to buy her a tennis outfit if she began to play. I’m not sure Williams’ new outfit is going to inspire any future players — the little black dress with distended white lace across the back reminds me of my old, awkward Halloween costumes. (My mother, for the record, loves it.) But maybe her game will.

Afterward, Williams said she was just relieved to be on the court after being hurt and ill for so long. “I’d be at any tournament that I could play,” she insisted — the U.S. Open or the smallest local tournament. Well, that would be a sight.

But on Monday, the controversy was all Serena’s. Venus was content merely to win. So she did her little pirouette and danced as she lofted balls into the stands. Until she decides to tell you otherwise, Ashe is still her court.

To read Part 1 of Louisa Thomas’ coverage of Venus Williams at the U.S. Open, click here