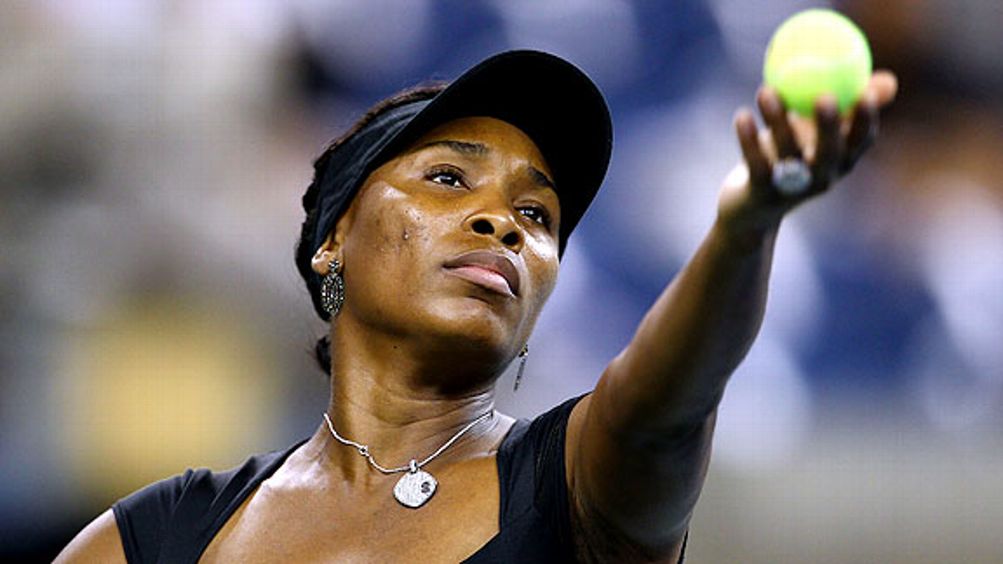 “On some level it wasn’t a surprise. How could it be? Venus is a vanishing act. I’m not sure if there’s ever been an athlete quite like her, someone who so completely represents the sport, and yet who also seems almost separate from the game, as if saving her energy for something else. It isn’t quite transcendence. It is more like ambivalence, occupying two spaces at once.

How Does Oregon Football Keep Winning?

“There is next to no reason the University of Oregon should have a good football team. Eugene is a small city and is not near a major media market, there’s very little local college-caliber talent, and for literally 100 years the Ducks did almost nothing but lose. But the past decade and a half has been different. They’ve been to the Rose Bowl, the Cotton Bowl, the Fiesta Bowl, and last year’s national championship game, and they will start this season Saturday night against Louisiana State in Arlington, Texas, ranked third in the country. How did this happen?

“At the top of the list of reasons: their uniforms.”

By Bill Simmons and Jonah Keri

“Jonah, I need you to climb off Andrew Friedman’s lap for a few minutes, stop feeding him grapes and answer the following question: Why did Tampa wait nearly four months to promote Desmond Jennings from Triple-A?

“He’s a phenom. He’s terrifying. He’s doing things we haven’t seen since Kelly Leak was ripping up Little League fields in Southern California. In 134 at-bats since they brought him up on July 23, he’s gone .351/.439/.634 with 8 homers, 14 steals and a WAR of WTF. Sometime over the next week, Jennings could pass Carl Crawford in steals, homers and walks while also having a higher slugging percentage than Crawford’s OPS … which, by the way, makes me want to sit on a pitchfork.

“Bill, I’m hurt and offended that you think of me that way. Grapes are a commoner’s food. I only feed Andrew the finest medallions of Wagyu beef, drizzled with truffle oil and seasoned in unicorn’s blood. Nothing but the best for the greatest general manager in the history of organized sport. Nay, the greatest man who ever lived.

“Let’s get the obvious stuff out of the way: Jennings is an absolute joy to watch, no doubt about it. Hell, if the only time you ever watched Deezy play was Sunday against the Jays, that would be reason enough to go nuts. On the very first pitch of the game, Brandon Morrow, who’s a damn good pitcher despite his mediocre record and ERA, threw a high fastball, inside edge. Jennings hammered it, a line drive that left the park faster than a Red Sox fan fires off a creative nickname at J.D. Drew. He homered again later in the game, and reached base five out of six times up. I’d argue that Curtis Granderson and Troy Tulowitzki have been a little better than Jennings in the past five weeks, but it’s close.

Father Time and the Philadelphia Phillies

“History will not necessarily repeat itself. So long as Halladay and Lee and Hamels are competing with each other for Cy Young Awards, the Phillies are almost guaranteed to be competitive. But for a team on the verge of its greatest season ever, the future is murky at best. The Phillies have climbed to the top of the mountain. There might be a cliff up ahead.”

When They Were Kings: Paid in Full to Tha Carter IV

“In this way, the past stays past, for there are only so many opportunities in one’s life when Rakim emerges from the lab, the ether, or wherever it is he spends most of his days. On this evening, the man in Nikes embraced the kid in boat shoes tightly, on some tough-love shit, and dashed backstage, leaving the kid looking around, more embarrassed than anything. Moments like this played out all throughout the amphitheater: parents doing the Smurf, the wop, the baseball bat, teens shrugging with bemusement at the oldies in the air.”

“The official rule book of tennis is 35 pages long. For the most part, the document is a case study in compulsive precision. Here are a few of the exacting guidelines:

“Amid all this punctiliousness, however, the rulebook contains one glaring omission: There are no rules about the surface of the court. While the boundaries of the space are carefully specified — it must be a rectangle, 78 feet by 27 feet, with a one-inch-wide center service line — there are zero references to the different materials on which the game can be played. It’s as if clay, grass, and hard court don’t exist, as if the composition of the playing field doesn’t matter.”

“On Sunday night at the Video Music Awards, Adele walked onto a bare stage, stood next to a piano, and sang what was supposed to be a stirring rendition of ‘Someone Like You.’ The Internet immediately declared the performance the victory of the night — our new favorite songbird had finally taken the roost she deserves. And for the most part, the Internet was right. Adele did deliver on what the public has grown to want out of her — a sleepy pigeon affect, dark, heavy eyelashes, a downturned gaze, subtle (but earnest!) hand motions, Fructis’d hair, and that throaty, searching contralto. But while Adele fulfilled her end of the deal, she did precious little else. There was no ambition in that performance, no sense of danger or discovery. And in the end, it was hard to see it as anything more than a wasted opportunity.”

“Ryan Harrison, a 19-year-old American tennis prospect, met Novak Djokovic for the first time two weeks ago. It was the second round of the Western & Southern Open, in Cincinnati, and also the first time Harrison would face the world’s no. 1-ranked player in a match. ‘The way I was raised, you can’t really be satisfied until you’re the best,’ Harrison told me. ‘I’m not gonna be happy until I can win Grand Slams and be no. 1 in the world.'”

“Until that happens, Wilson is the latest in a long line of saviors, comforting the afflicted, offering hope to the hopeless. In the late afternoon, in the midst of the second practice of the day, he jumps on a golf cart and rides through the parking lot of Memorial Stadium toward a gathering of athletic department donors. He jumps off the golf cart, steps to the podium, gets a standing ovation, and talks for 450 seconds without taking a breath, making a joke about the lettuce at the training table, commending the people in attendance for their positivity, declaring practice open to the public, and then darting back to the stadium on his golf cart. It is not the most stirring address, but he has an unquestioned presence that endears him to the masses; he plays the role of football coach as well as anyone ever has at Indiana. And for now, everybody is cool with that.”

“While Javaris and I did have semiparallel lives in Atlanta (both former AAU Atlanta Celtics players, both high school point guards in the same league, both 1987 babies), I never knew the guy and wouldn’t begin to speculate what caused him to allegedly shoot another person. What I will say is that coming to grips for the first time with your imperfections as a 23-year-old is much different than that happening to you as a ninth grader. And it sucks as a ninth grader, so I can’t imagine how it must feel for a grown man.

“Tragedies like this are always confusing, but when it’s someone who easily could have shared the same grocery store, the same church, the same activities, and even some of the same friends as you, it’s almost impossible to look at yourself, look at him, and not wonder ‘Where did he go wrong?’