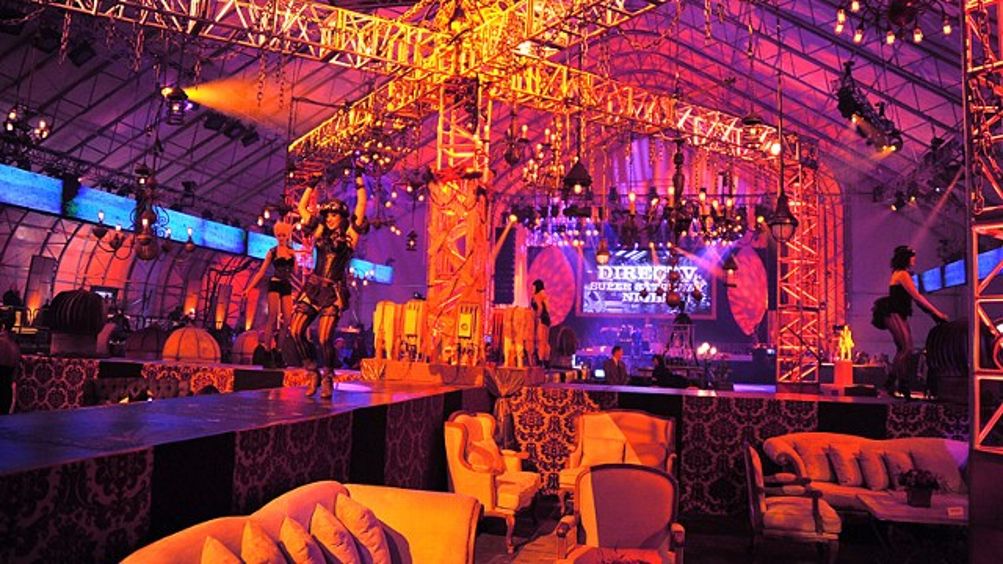 I watched last year’s Jets-Patriots playoff game in the Boston Sports Bar in Saigon with five very lousy dudes and three bored prostitutes who were waiting around to see if one of us might want to take a break at halftime. It was 4 or 5 in the morning. One of the guys was yelling about having his iPhone stolen by “some twat.” Another was muttering coach talk to himself — Why’s the safety cheating up on that play? Zone left coming. The other two guys were wearing Steelers jerseys, and although they seemed to know one another, neither said a word throughout the entirety of the first half, choosing instead to stare grimly at the television with the scarred stoicism of expats who hadn’t quite tracked down that dream. I had been in Southeast Asia for about a month. My fantasy, however vaguely envisioned, was to sell a novel and retire to Da Nang, where my girlfriend and I would spend the rest of our days puttering a motor scooter up and down the coastal highway. Back in San Francisco, my daily routine had consisted of surfing badly in the mornings, writing in the afternoons, and playing Modern Warfare 2 around dinnertime. It wasn’t a bad life, but it certainly wasn’t going anywhere. As could be expected, money was always a problem. When I left for Asia, I had made exactly $200 as a writer. For an essay I wrote about my gambling problem, I received $50. Around that time, an opera website paid me $150 to write a few jokes and make some charts on Microsoft Excel.

I don’t remember much about that game, mostly because I didn’t want to look up from my BlackBerry. I had convinced my friend Frank to exchange e-mails with me throughout the night. It’s a habit we started when he spent a winter in Berlin and couldn’t find anyone to watch the Patriots with him. Looking back at those e-mails, I can report that we were dismayed by Brady’s performance and that we missed Randy Moss. What I do remember about that day in the Boston Sports Bar in Saigon was feeling that my childhood had finally come to its end. That past July, I had learned that a lump in my neck was, in fact, a form of thyroid cancer. After two surgeries, I met a girl and followed her to the Philippines and then to Vietnam. I was aware that this was crazy.

In Manila, I felt free. The manic jeepney traffic, the postapocalyptic smog, the fried-chicken counters, the hordes of children who bathed in the middle of the street allowed me to live outside of the concerns of TSH counts and full-body scans. My girlfriend and I ate most of our meals at Kenny Rogers Roasters because it was the only place where we could reliably find a plate of vegetables. Inspired by a cab wrangler who wore a Kevin Garnett Bobcats jersey, I spent an entire day taking photos of misspelled or factually incorrect NBA jerseys. The night we arrived in Saigon, we sat outside on the patio of a nightclub and watched as the girls zoomed by on their motor scooters. All this felt pristine, logical. Cancer had afforded me a short honeymoon with my childhood. This, surely, was the life my 16-year-old self, who had always wanted to live life as part of the Glass family, or hit the highway with Dean and Sal, would have demanded from himself, at 30.

Vietnam wore me down, eventually. On a boat in Halong Bay, I considered punching our scamming captain in the face. In Hanoi, I saw a motorbike helmet entombed in Louis Vuitton upholstery. When I tried to haggle the vendor down from her outrageous asking price, I lost my temper and was escorted outside. At Angkor Wat, the hordes of Korean tourists who thoughtlessly posed for photos and drank heavily stirred up that strange, miscalculated embarrassment felt only by the children of immigrants when they encounter the uglier behaviors of people who will never really be their people. Those childhood expat dreams of trekking through the non-corporatized world and befriending its honest peoples had guttered out into a very familiar American entitlement. The honeymoon was over. That’s how I found myself back in Saigon, watching the Jets play the Patriots at 3 a.m. I realized that the inevitable outcome of being an American was that I could fly halfway around the world and stay in $10 rooms and proscribe myself to a strict diet of authenticity, but I would always make my way back to a place called the Boston Sports Bar to watch football in the company of guys who were probably somewhere in the process of coming to that same conclusion.

Thirteen months later, I was standing in the cold drizzle of Indianapolis in front of the Bud Light Hotel. A bouncer in a yellow nylon parka was thumbing through a list. When he couldn’t find my name, he told me to go to the other entrance and check if I was on a different list. I told him, impolitely, that I had just been at the other entrance and the girl there had told me to come to him. He just sort of shrugged and asked if I could call my contact. A crowd of women pushed me from behind, snapped their gum, and wondered what the fuck was taking so long. They smelled of a very familiar fragrance, which, only much later in my hotel room, I recognized as Chanel No. 5. I stepped to the side and looked through my BlackBerry for help. The girls pushed by me and went through the same process with the bouncer. Apparently, they weren’t on the list either. I’ll admit: This made me happy.

For 48 hours, I had been getting pretty drunk in Indianapolis with the idea of writing an update on Hunter S. Thompson’s “The Kentucky Derby Is Decadent and Depraved.” For the most part, what I found in the days preceding the Super Bowl could have provided an appropriate setting. There were dudes in Peyton Manning jerseys, women in Peyton Manning jerseys, and, outside of an Arby’s, a very confused puppy in a Peyton Manning jersey. There were Escalades stopping on every corner, flanked by hordes of autograph seekers who tried to peek through the tinted windows. In the lobby of a hotel, I stepped on Barry Sanders’ foot and made a dumb joke about stopping him in his tracks. In the back room of a different party, I filled up a bag with $500 worth of Lacoste polo shirts. When I found out that all the shirts were too big, I considered foisting them off onto Terrell Owens, who was standing next to me. It’s true that Super Bowl week is just like fraternity pledge week — your value gets scaled up to your invites, your place of employment, your hotel, and whether or not you’ve got a ticket to the game. But this spectacle gets so thoroughly corporatized that every party feels like the approximation of a party. The wizard behind the curtain is a robot and he only spits out marketing slogans and branded key chains: Here is your Bacardi, here is a hip-hop artist, here are your beautiful professional athletes, and here is Carson Daly. Please drink responsibly.

But that wasn’t what was bothering me as I stood outside the Playboy party at the Bud Light Hotel. That particular teenage dream — the one where you walk off into the garden of the proletariat with Zack de la Rocha and your copy of Frida Kahlo: The Paintings — had long since been erased from my list of possibilities. Instead, I found myself wondering what, exactly, had happened in those 13 months. How had I gone from the Boston Sports Bar to the line outside the Playboy party without once stopping to really think about what might be happening? There wasn’t an iteration of myself that would recognize this entitled, richer, chubbier dude in a skinny tie or understand why he was screaming into his phone with such little shame or self-awareness.

I walked north toward the state capitol and sat for a while on a park bench. Most of the partygoers had returned to their hotels. The gutters were lined with flyers, Bud Light bottles, and cans of Red Bull. It occurred to me that I had somehow gone through cancer and come out the other end as, well, a bit of a douchebag. The chattering, paralyzing birds that had always sat on my shoulder and directed me toward a life of poverty and freedom had long since flown off. Maybe it was the smell of Chanel No. 5 — the scent my high school girlfriend wore to our prom — or maybe it was the cumulative effects of a four-day hangover, but for the first time since I left the Boston Sports Bar in Saigon, I thought about the breadth our youth affords us — how, because we are stupid and insecure and our lives at age 16 or 17 or even 26 move at an interminably slow pace, we can never envision a future when we just plow through our successes and failures with such grim aplomb.

Surviving cancer can cleanse the soul, sure, but once you’re left facing the rest of your life, a patient’s vision can tunnel down to a list of demands. Entitlement, however deserved, can set in. At least, that’s what happened to me. I can tell you that after I came back from Asia, I made a lot of choices without thinking about their consequences and that each of these choices brought me closer to screaming at a bouncer for the Playboy party at the Bud Light Hotel. There was no pretty afterlife, where big truths became self-evident, no strolls through the lilacs, no koan-y wisdom gained. Instead, what I learned was that recovery only shades pretty when the cameras are rolling. Oh, and also this: Get yours now.

But there’s something comforting in that formulation because it proves, by way of sturdy math, that our lives are both earned and long, regardless of what debits and miscalculations may come along the way.