All These Things That They’ve Done 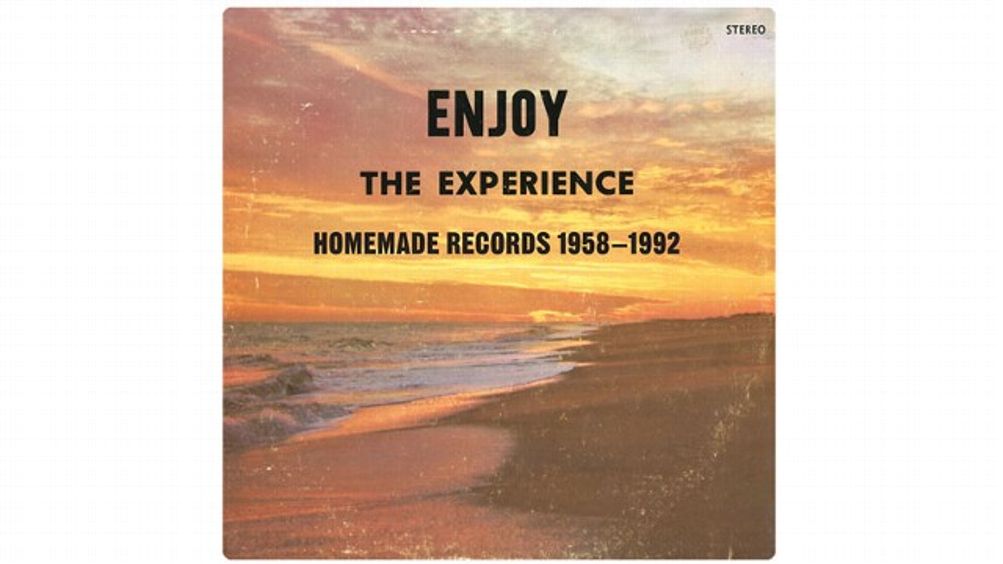 What can we learn from incredibly obscure things? I kept wondering this as I studied the pages of Enjoy the Experience: Homemade Records 1958-1992, a beautiful new coffee-table book devoted to the radiantly strange world of privately pressed vanity records. From the 1960s through the 1980s, anyone with access to a recording device and basic fluency with the postal system could press up custom-made albums for fairly reasonable rates. There was no prerequisite for musicianship and the records circulated only as far as you were willing to take them, which usually wasn’t very far. Paging through Enjoy is like browsing a catalogue of forgotten dreams, or at least inferring a set of cautionary tales about the dangers of psychedelic drugs and/or religious cults. Yet I couldn’t shake the feeling that these albums collectively represented one of the most moving statements on hope, failure, and American dreaming I have ever seen.

“Enjoying these recording artists is not savant-driven. It is not an ironic spectator sport,” Johan Kugelberg, the book’s editor, writes in the preface. Instead of regarding these albums in terms of what they lack — polish, professionalism, access to an airbrush — they should be appreciated for their honesty, their realness, the directness of their expression, the weird directions they took the Beatles, Jesus, or, in the case of one inspired record, both at once. At first, it’s hard to take this directive seriously as you leaf through Enjoy‘s pages. Kugelberg collaborated on the book with vanity record fiends Michael P. Daley and Paul Major as well as a dozen other collectors. It’s mostly photos of album covers, and interspersed throughout are short profiles and interviews shedding light on the artists they were able to track down using the phone book.

Most of these albums were recorded by individuals for self-promotion or to commemorate an event — a school recital, a particularly righteous gig at the Holiday Inn, or, in the case of a 1976 album by the Masked Avenger, tripping balls in your dorm room. “It must have taken an enormous amount of effort to press all of this up on vinyl,” Kugelberg writes of this last one. “You have to write checks, you have to provide a UPS account. All in order to hear your buddy, like, puking.”

Still — there’s something amazing about the fact that someone did go through all this trouble. There’s Darien, Connecticut’s simply named Jeremy, a glum bear of a man staring out through his square frames: He is the visual embodiment of his album title, Loneliness Is Such a Sad Affair. Elsewhere: Steven Jugloff, the self-anointed “Electric Macedonian”; the proto–Tobias Funke–isms of David Blaylock’s The Other Man in Me; Barbara Velasco, who deployed her ethnic ambiguity to pass as a member of at least three distinct census categories. There are at least two albums featuring ventriloquists — one appears to be in a forest wearing a patriotic cardigan, the other adventures with a Christian pirate crew. Love and loss animate most of these records, as does the pursuit of something higher — God (in the case of a pipe-smoking Boston-area reverend who promises you “rhythm”) or outer space (if you’re Miami Beach’s 2001-obsessed Xxenogenesis).

Throughout the book are reminders that we are all constituents of someone else’s fame, even if we just toil in her shadow. Alexander Longrifle was a Navajo Elvis impersonator who released more than 30 albums throughout the 1970s and ’80s; when he wasn’t challenging/channeling the King, he was cutting lewd yet instructive disco tunes like “Slip It In When It’s Wet.” There’s an album by Helen Hayes — not the award-winning actress — that lists her as “Helen Hayes (NOT THAT HELEN HAYES).” A single by the Superstars doesn’t list their band’s name on the cover. Instead, it features a photo of a lighthouse and a confusing song title designed to lure careless passersby into thinking this record is something else entirely: “The Lady Is a Tramp — Frank Sinatra.”

Nobody knows who recorded the music that comprises Russ Saul’s bleak 1977 country album Begin to Feel. It was an album that was manufactured as part of a complicated tax-fraud scheme that simply required labels to have surplus stock — in this case, an album of random music compiled from demo tapes pressed on vinyl for the sole purpose of being stowed in a warehouse. The Rhodes Kids — Houston’s version of the Osmonds, or something — were a family pop band who managed to bust out from the regional motel nightclub circuit, until they, too, found themselves embroiled in a strange plot involving a porn titan–slash–crime boss.

The deeper I fell under the book’s spell, the more I realized that Kugelberg was right: The attraction wasn’t ironic. There is this sense of giddy, almost voyeuristic wonder as you take in the America just outside the spotlight. What initially looks like a Buzzfeed list of lonesome weirdos printed on paper begins to haunt and provoke. You begin to wonder who these people were, what stories they had to tell, what compelled them to share, not because they made great music but because they bothered to reach beyond the limitations of their own lives. What was the earnest country aspirant hearing when he recorded this? Why did the organist at the local pizza parlor think people wanted to take his melodies home with them? Were there Jackson 5–size hopes animating the overbearing father who made his kids (ages 6, 7, 9, 10) become Jr. and His Soulettes and have them sing about tequila? (Later, he would claim he merely wanted to get into the Guinness Book of World Records.)

What do these records sound like? More often than not, these records aren’t great; they are obscure for a reason. Can Enski Boski’s “I Found Jesus in a Gay Bar” possibly sound as fabulous as you imagine? A companion two-CD set features some of the more conventionally good or “normal-sounding” tunes featured in Enjoy. Thankfully, a lot of the more perverse albums are searchable on YouTube and blogs as well.1 “A bad singer,” explains Major — one of the foremost collectors of vanity records on the planet, as well as the singer/guitarist for Endless Boogie — “is an uninteresting singer. And the way these people sing, it’s like you’re hearing them; you’re not hearing them trying to be somebody else.”2

An example of this might be Jerry Solomon, an eccentric Southern Californian who self-released about a dozen records in the 1970s, some of which he just handed out to people walking down the street. His songs — “Past the 20th Century” and “I Just Don’t Fit This Modern Age” are on YouTube — are trippy, loose, and weirdly earnest; you get the sense that they probably sound perfect in Solomon’s head, multi-tracked collisions and all. Solomon would go on to host a public access TV show and write about his “altered” state of being.

He still performs at the Farmers Market on Fairfax, to the bemusement of passersby. This isn’t to say that Solomon, Alexander Longrifle, or the other Helen Hayes deserve wider audiences. But Enjoy captures an alternate history of pop music in the truest sense — it’s an alternative to the very idea of history, that we can somehow make sense of the past by way of some neat, this-caused-that tale. We look back and we see the monuments and icons, the generation-defining stars, the household names. But then there’s everyone else. There are too many offshoots, synth-addict loners, and tone-deaf Beatles copycats, too many earnest tributes and acid-polluted tributaries: It’s impossible to assimilate all of this into something coherent, beyond a rough sense that many of us think we have something worth sharing. Without the benefit of fancy studios, professional art departments, or even a friend with a sharper set of ears, these songs testify to a lonesome crowd who simply wanted to leave something behind. Some hoped for everlasting fame or the possibility of being discovered, while others just wanted you to remember them fondly once you returned home from vacation.