What If the 2012 Olympics Had Been in New York? 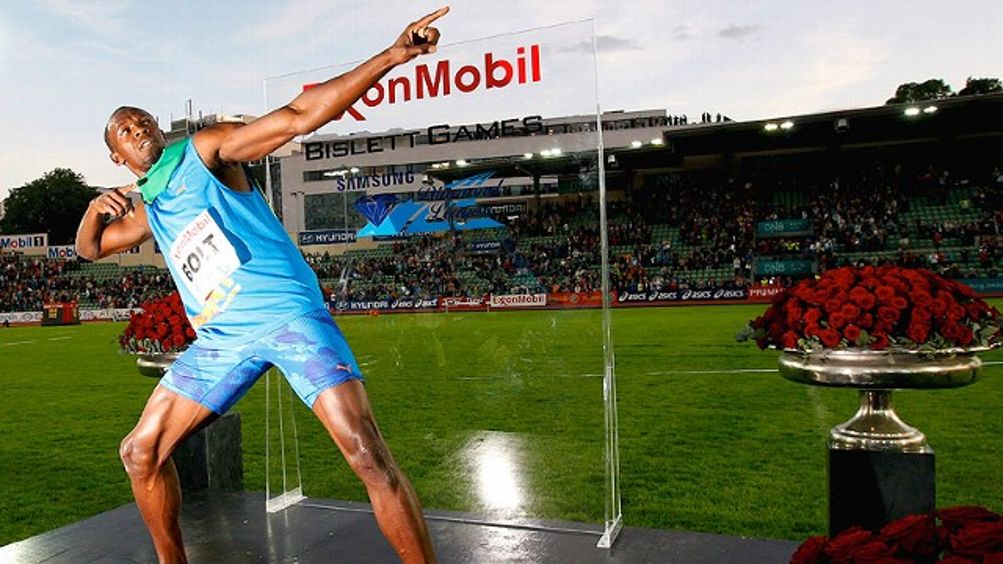 Usain Bolt earned the ‘fastest man in the world’ brand after setting world records in the 100-meter and the 200-meter events at the 2008 Beijing Olympics. With his dominant performances in notable Olympic events, he was elevated to the top tier of athletic superstardom. Besides earning premium endorsements that keep us from completely forgetting about him, he also left the door open to criticism and intrigue by seeming to coast at the end of both races. He is already an Olympic legend, but we still get the impression that he has never reached the ceiling of his abilities.

But has Bolt had an incentive to perform at his highest level during any race since Beijing?

Bolt is the ultimate case of the ‘On-Off Switch’ sports theory. Not every team or individual athlete is in a position to inspire the ‘On-Off Switch’ debate. It is a theory that is commonly associated with veteran teams and experienced athletes that underachieve during less important competition, looking to ‘flip the switch’ when the most important moments roll around. They have already experienced the sensation of being champions, and they are strategically saving their physical and emotional energy to return to high-stakes competition. These athletes are operating at minimum capacity, saving their maximum effort for times tied to larger objectives and their greater historical legacies.

The ‘Switch Theory’ is also related to the ‘Gear Theory,’ which metaphorically links effort levels to an automobile’s performance.

Think about the Heat during a regular-season matchup against the Bobcats. Or an NFL team that has clinched a playoff spot and takes off the last two weeks of the season. Or Michael Phelps or Patrick Kane flipping off the switch and going on overpublicized offseason benders. In recent years, Bolt has appeared to flip the ‘off’ switch in any event that is not a part of the Olympic Games. Sure, there are elements of pride on the line for every professional athlete, but for Bolt, has there really been any upside to shattering records and winning races if the whole world isn’t watching?

In his most recent Olympic qualifying races, Bolt came in second to his Jamaican teammate and training partner Yohan Blake in both the 100-meter and 200-meter. While he blamed a bad back for his underwhelming performance in the events, Bolt still qualified. He did what he had to do without performing to his maximum potential. Blake is also the current world champion in the 100-meter, after Bolt was disqualified for his false starts at the most recent World Championships.

Bolt’s natural abilities make us question his interest and drive when he doesn’t win a race or set a new world record. Maybe the ‘off’ switch is a reasonable strategy to minimize external expectations during inconsequential times. Maybe there aren’t enough personal branding upsides and endorsement performance bonuses to warrant the effort during non-Olympic events. But there is usually a sense of resentment when the ‘On-Off Switch’ debate comes into play, leading anti-switchers to utter statements like, ‘They are competing against too much talent to just think they can turn it on and off at their leisure.’ The switch comes with a general sense of disapproval for the calibrating athletes, like they are disrespecting the sanctity of the competition by deciding to reserve their best effort for a more important day. Theoretically, consumers pay money to watch athletes ‘give it their all,’ but we’ll never fully understand the demands on professional athletes. We basically have no idea about the training regimen and physical output of particular athletes during triumphs or poor performances.

Bolt probably has the most absurd sporting existence because he races for less than 30 seconds only every four years, yet still holds our complete attention.

The weird realm of Olympic celebrities might be the place where the ‘On-Off Switch’ makes the most sense. We’ll hear about miscellaneous performances in sports that we don’t actively follow like World Championships, Pan Am Games, continental competitions that make for great fodder in Wikipedia entries. Bolt mainly exists in the realm of A-list Olympic celebrities, as do Michael Phelps and the USA men’s basketball team. Although no one really cares about their events for four years at a time, they are famous enough to inspire us to pretend to know what we are talking about when we watch them compete. They are also treated to the weight of our expectations out of nowhere.

Becoming an Olympic legend seems like a worthwhile investment in time and energy, though. Michael Phelps might be past his physical prime, underachieving at these Olympics according to his usual standards. However, he still obtained a medal record and the opportunity to sell Subway sandwiches for the foreseeable future. I have no idea what he did for the past four years, or if his interest in swimming waned at all, but if anyone deserves to chill in ‘off’ mode for a while, it’s probably him. Or the USA men’s basketball team while playing Tunisia.

The alleged fatal flaw in a switch-based existence is that you do not have enough natural ability to make such a drastic change, and instead, maximum effort is always required to achieve peak performance. As athletes exit their prime, they no longer have access to ‘the switch.’ On Saturday, Usain Bolt will race in what he will treat as his first meaningful competition in four years. We’ll see if he decides to flip the switch, but more likely, we’ll continue to be left with nothing to prove that athletes even have access to a ‘switch’ of any kind.