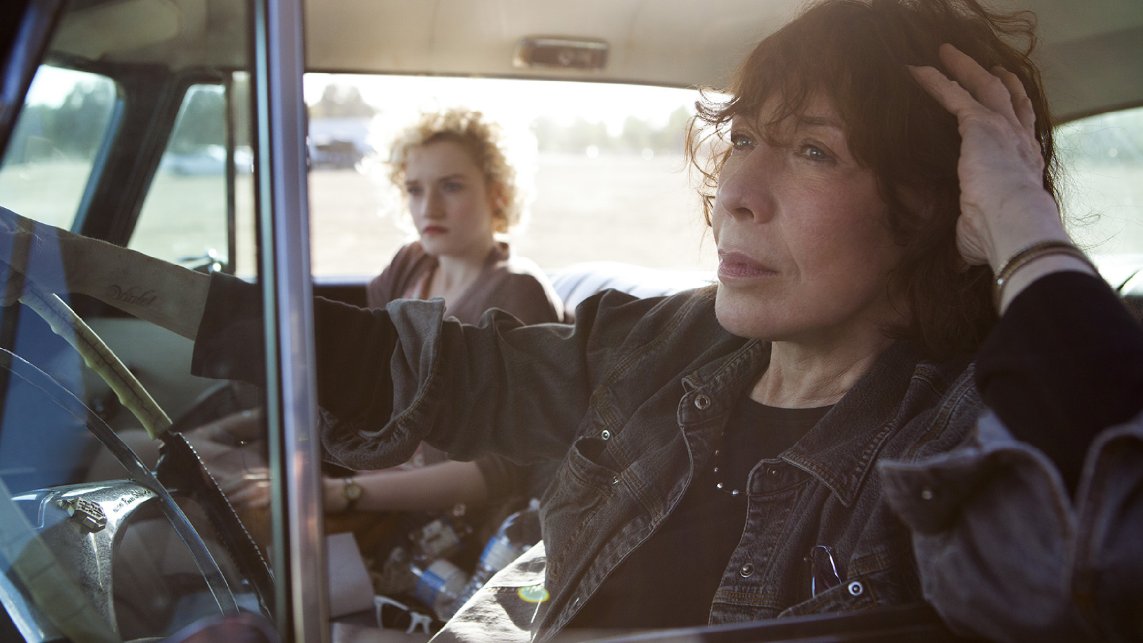 The difference between this comedy actually working and being disposable comes entirely from the delicacy, intuition, and professional wisdom that’s gone into making it. The story seems like more of the kind of myopic, gimmicky family dysfunction that’s infected lots of midtier American independent moviemaking in the last 20 years, from Pieces of April to Little Miss Sunshine to Winter’s Bone. A pregnant teenager named Sage (Julia Garner), looking for money to have an abortion, drops in on Elle (Lily Tomlin), her cantankerous, lesbian-feminist-poet grandmother. They spend the hours before the appointment scouring Los Angeles for $630 in Elle’s ancient Dodge Royal. Momentarily broke, Elle shakes down Sage’s belligerent boyfriend (Nat Wolff), old friends (Laverne Cox, the late Elizabeth Peña), and her ex-husband (Sam Elliott). They run into the former student (Judy Greer) whom Elle’s just dumped and evicted, and eventually have no choice but to pay a visit to Sage’s mother (Marcia Gay Harden), another of Elle’s estrangements.

Weitz wrote this movie, and he isn’t content to knock out a mediocre sitcom. There’s life in the mapping of the situation and easy calibration in the engineering of the comedy. After 20 minutes, his 80-minute road movie opens into an emotional odyssey, with Tomlin blowing hot and cold all over that map. Her partner of a zillion years died not long ago, so there’s that. But even when things are good, this woman seems like an armadillo: dry and brittle and a little nuts. The community health clinic Elle remembers is now a café, run by John Cho, that serves coffee she thinks is terrible. She says so, dumps coffee on the floor, and curses the existence of the shop as though it were built on sacred land. Her righteousness is obnoxious to the people around her, but Tomlin pitches it so that the performance never gets on your nerves. She’s insulting one minute, warm the next. Tomlin’s face is strangely smooth now — it’s lost its range of expression. But that alto voice and sense of timing are still powerful comedic tools. She has a laugh line here — “Oh boy. She does not need an espresso” — that’s witheringly deadpan and so tossed off, but in her delivery you can hear decades of skill. For us, it’s a hilariously punctual observation. For her, it’s another free throw.

Elle’s quest seems very much in keeping with what your grandmother would do for you — were your grandmother a tattooed, stoned Betty Friedan acolyte, anyway. Her sniping and tirades are done in the desperate service of love. The ease of the writing hits a snag in the last two scenes, but there even the actors — namely Greer and Judy Geeson as her mother — erase the elements of the story that are hard to believe. This and Danny Collins and Welcome to Me are the three comedies from this year that have great, subtle, lived-in acting, in which none of the cast is scared of being too loud or manic or insane. In Grandma, the actors are using the same playbook to do different things, so that even people who have a single scene — or, if you’re Colleen Camp begging for your plate at Peña’s feminist coffee shop, just two or three lines — get to be funny, human, unexpectedly moving. This is especially true of Elliott, who might never have been more emotionally supple (or sexier) than he is in 10 or so minutes here. (He was pretty good, too, with more screen time with Blythe Danner in I’ll See You in My Dreams, which is basically AARP porn, and on FX’s Justified. The man is having a year.)

But the best thing here is Harden, who gets the most strongly written part, with the highest degree of difficulty. She has two scenes to hit a dozen notes without tipping the movie over into melodrama (she can be shameless when allowed). Given the financial urgency, you’re expecting a very different woman from the one before whom Elle and Sage have dragged themselves. It’s not worth ruining the surprise of who she is. Basically, these are comfortable women who have grown uncomfortable with each other and perhaps themselves. Harden and the movie go so far in the opposite direction of where you’d expect a story like this would go that it’s breathtaking watching them discover a way to surprise you. The movie’s called Grandma, but Harden expands the scope to include her conflation of motherhood and daughterdom, too. 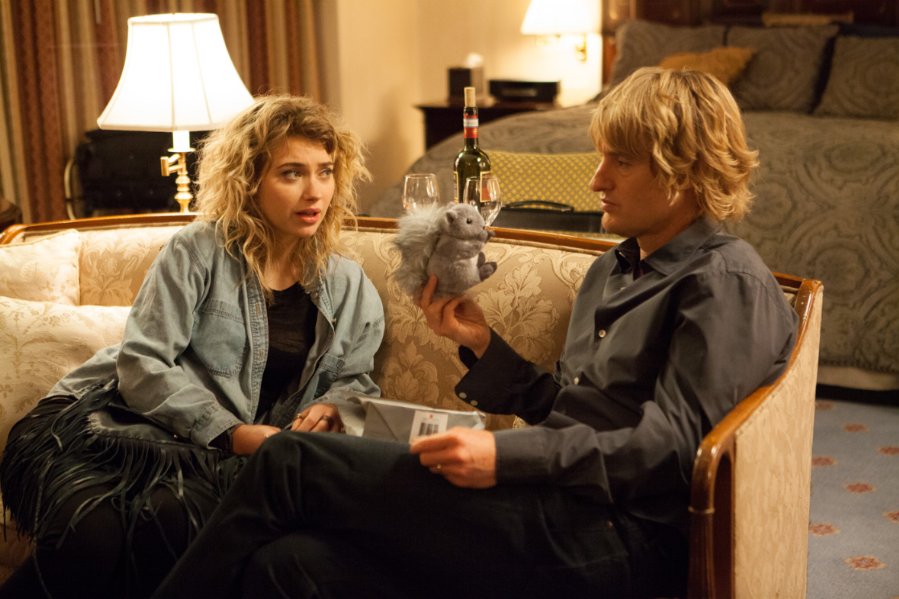 The entire time I was with this sad, limp, stale, arthritic bag of clichés, I kept thinking, I’m surprised it’s not worse. It opens with Imogen Poots as a starlet named Isabella Patterson being interviewed by a skeptical journalist (Illeana Douglas), and Poots, who’s English, speaks in one of those stomach-roiling Noo Yawk accents, about Bogie and Bacall and how the oldies are better than the crap currently on TV. “Who needs to watch shows on teenage pregnancy and people in a house screaming at each other? In my neighborhood that was called Wednesday.” And at my house, Wednesday is Mr. Robot night, so suck it, Izzy.

But the reason I didn’t give up is probably the same reason Owen Wilson, Will Forte, Kathryn Hahn, Jennifer Aniston, and more than half a dozen other people, including Michael Shannon and Quentin Tarantino, agreed to appear in this movie: Bogdanovich. We’re all deluding ourselves. He left his best stuff in the 1970s. But we’re rooting for him while he’s still rooting around. What he’s come up with this time is early-to-mid-2000s Woody Allen (Poots seems made up to evoke Scarlett Johansson, which just makes you think that Johansson said no). Wilson is a theater director whose thing in bed is delivering one line of dialogue from Ernst Lubitsch’s Cluny Brown and paying call girls tens of thousands of dollars to stay off the market after they slept with him. Izzy was a recent purchase who happens also to be an actress and to be auditioning for his latest show, which also stars Wilson’s wife (Hahn), who had an affair with the leading man (Rhys Ifans). Meanwhile, the play’s author (Forte) has a thing for Izzy, whose therapist (Aniston) is his girlfriend.

This is a shrink farce stuffed inside a boudoir farce stuffed inside a backstage screwball comedy — think the Marx Brothers at a department store with a broken elevator. The whole movie is tantrums and meltdowns and pitiful nostalgia — at some point, even for Bogdanovich’s own fine performance as Dr. Melfi’s therapist on The Sopranos. And yet every once in a while, something funny will happen. Lucy Punch will show up as an untraceably accented dingbat escort or Hahn will hit the roof. The movie is up to about a half-dozen things, and Bogdanovich — who wrote this with his ex-wife, Louise Stratten — lacks the dexterity to get it going.

But what you’re reminded of, yet again, is that Aniston is one of the great screen comedians. She’s in the bright, sexy Goldie Hawn mode, but can gather clouds faster and more convincingly than Hawn. Good directors must know this. Most of her scenes here are extraneous, but her vulgarity and tartness are so sharp that the movie needs them. She and Austin Pendleton, as a patient also obsessed with Izzy, have one good scene together in her office. He asks her out, and her response (“What kind of food do you eat?”) is a lightning strike. That line is followed with something vulgar, and it’s hilarious, too. This isn’t just Aniston having the best stuff (there’s no “best” here). It’s her having the most fun with her talent. Unlike Bogdanovich, she can multitask, doing about six things in one close-up with a few lines. She’s funny in every way. 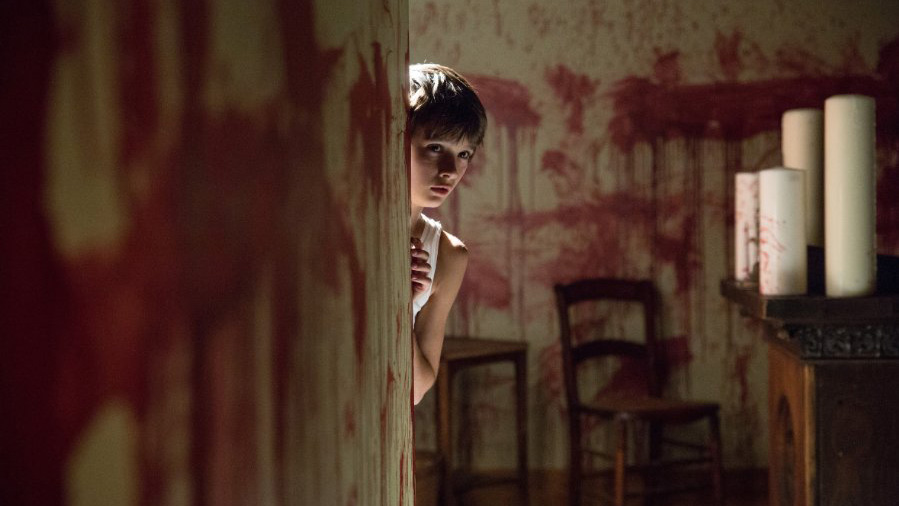 There comes a point when you have to say no to these horror sequels. There’s no skill or idea visible anywhere, just the sound of money being sucked from your pockets — and because noise design is the genre’s strongest suit now, the sucking sounds like a million bucks. The original movie, from 2012, was haunted-house horror with an out-there-ish performance by Ethan Hawke and a sick, immoral twist: He was a true-crime writer who moves his family into a house he suspects is possessed. The filmmakers didn’t know what to do with that moral problem, so it just become Diet Shining, but even that wasn’t so bad.

This time the sheriff’s deputy from that movie (James Ransone) has been trying to stop more of these cursed-house killings by burning them down. He’s happened upon one that he can’t destroy because it’s occupied by a woman (Shannyn Sossamon) and her two sons, and they can’t leave because they’re on the run from her abusive husband. One boy (Robert Daniel Sloan) is jealous that the ghosts of dead children show Super 8 movies of their respective family’s grisly ritual murders to his brother (Dartanian Sloan) and not to him, so he beats him up to get their attention. Their bogeyman master (a dude with long hair and no mouth) needs one of the brothers to kill their family.

It’s not reality you’re looking for with a movie like this. It’s terror, tension, primacy, and hopefully some internal logic. This one, the latest to fall off the producer Jason Blum’s near-weekly assembly line, just picks through recent trends — found footage, handheld panic, parental dysfunction — and throws them against the wall. It gets off on evil kids played by actors directed for maximum brattiness. (Are there no timeouts in hell?) The son who calls his mother the “c” isn’t even possessed — he’s just a psycho-bully.

And Sossamon is stuck playing one of the dumbest characters I’ve ever seen in this sort of film: a free-spirited furniture restorer who lacks the strength and wit to stay gone from her husband and has the insouciance to come on to Ransone’s deputy, who appears to be truly trying to get them out of this horror house. When one of the actors playing her sons curses her out, all she can say is, “Go to your room.” Whereupon, the movie goes from horror to fantasy for most black audiences: Go to your room? For real, lady? But Ransone has a natural worried air in these movies. This one is almost worth watching for what paltry bits of acting and cleverness he’s allowed to play.

As for the kids’s Super 8 films, which of them is paying composers tomandandy for their knockoff Trent Reznor soundtrack? There is something fascinatingly despicable about the pleasure the children get in watching people watch them commit murder, and I can’t wait for a psychology graduate student to unpack that narcissism and wed it to an abuse narrative. This feels like a job for a director who knows how to conflate domestic tragedy with bedtime nightmares the way, say, Jennifer Kent did with last year’s The Babadook. That person’s not making this movie.

The original film’s director, Scott Derrickson, is off making a Dr. Strange movie for Marvel Studios (both Sinister scripts are credited to him and C. Robert Cargill). This means the duty of concocting bogus excuses for us to jump out of our seats falls to Foy. But even the last gotcha shot here — in which our bogeyman actually bends over just to stick his head into the frame — feels like a cry for help. That’s this movie — not horror, but a bunch of photobombs.