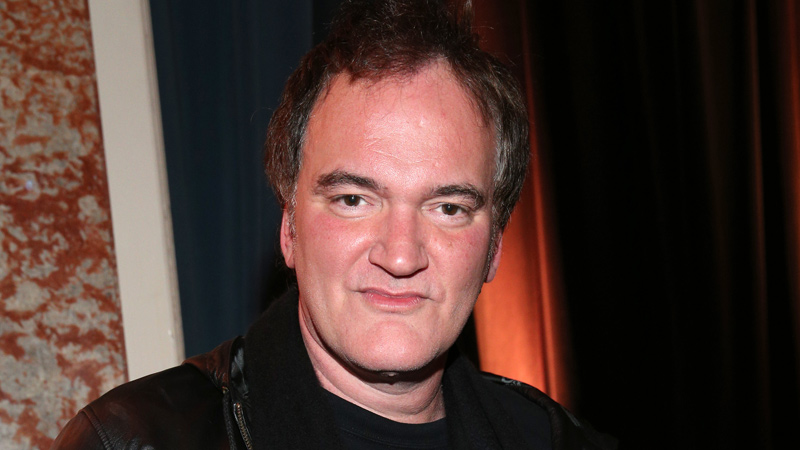 Last week, when Quentin Tarantino announced he was shutting down his next movie, The Hateful Eight, because the screenplay had leaked, the Internet almost crashed with theories and pronouncements about his motives. The facts were straightforward: Tarantino had given his script to three actors, one of them slipped it to his agent, the agent did what agents do, and suddenly his early draft was all over town. Tarantino then called Deadline’s Michael Fleming to make his pronouncement, and now is suing Gawker for pointing to where the script could be downloaded.

We asked Grantland contributor, Tarantino fanatic, and writer/director Brian Koppelman what he thought. This is his reaction.

When the Tarantino flap showed up on Deadline the other day, I was brought back to one of the strangest and best airplane flights I’ve ever taken. It was a red-eye, from Los Angeles to New York’s JFK Airport, maybe 14 years ago.

I had boarded early, as is my routine, put on my headphones, and was about to drift off, when I saw Quentin step onto the plane, smiling at the flight attendants. I knew, right then, that I wouldn’t be passing out quite as soon as I’d planned. I scrambled to get to my laptop bag, which was stowed above, because I knew that tucked inside it was an invitation to connect with QT.

I brought the thing down, opened it, and found what I was looking for: an article I had just written for Premiere magazine, all about what a tremendous influence Quentin’s work, Pulp Fiction in particular, had been on a whole generation of filmmakers, and, especially, how it had influenced me. Once Tarantino settled into his seat, which was across the aisle from mine, I introduced myself (we had hung out once before, but didn’t know one another). And then I put the article in his hands. His eyes lit up as he read it. He started nodding along, talking aloud to himself as only Quentin Tarantino could. “Yeah, man! Fuck yeah.”

He finished reading, folded the papers, turned to me and said, “I bought up both of these seats so I can have some privacy. But we’re friends. [We were friends!] Want to move seats, sit next to me?”

As I sat, Quentin ordered us whiskeys. Now, I don’t drink whiskey. But I did that night. The plane took off, the next set of whiskeys came. He gulped. I sipped. We talked about movies, of course, directors, the entire Walter Hill oeuvre. I was so amped up and adrenalized the whiskey hardly hit me. Quentin seemed to be having fun, too. He wasn’t exactly sitting, he was kind of crouching in his seat, on his feet, and when I’d make even a half-decent point — like noting the similarity in the opening train shots of Hard Times and Liberty Valance, he’d light up, laugh, nod to himself. I was aware I wasn’t telling him anything he didn’t already know, but I was also aware that we were doing what he loved — talking films — and that at least I’d seen enough of them to hit the ball back once in a while.

And then it got really awesome. “I’m writing something now. My next movie. Want to hear some of it?”

I realize that in the haze of time I might be downplaying how freaked out and psyched I was. There have been three or four moments in my life that made me want to become a screenwriter and filmmaker. The first was probably seeing Raising Arizona. Second maybe was seeing She’s Gotta Have It. But those were in college. And they really just planted the seeds of the idea. In 1994, I saw Pulp Fiction the night it opened, and the entire world changed. And now, Quentin was offering to read me a bunch of his new screenplay.

It was Kill Bill, written, just as advertised, on yellow legal pads. Quentin took one out, flipped through some pages of cross-outs and notes, and began to read me the opening sequences. He acted it all out, too, told me that Uma was in the hospital bed, described the Pussy Wagon, threw air punches as he read the fights.

What struck me was how much he loved these characters, these words, these sequences. He told me as much. And he told me that he needed to do this, to read these things out loud so that he could hear it — and so that he could watch my face, and not just mine, but the faces of whomever he happened to be reading to. He said it told him what was landing, what wasn’t, what he needed to address.

And it also, I could tell, just inspired him. This immediate reaction was fuel for Quentin, it seemed, and pushed him along as he was creating. He probably read me 20 or 30 pages, then got a little gassed and put down the pad. He ordered one more whiskey and we kept talking, at a slightly lower volume, until we landed.

I didn’t hear from him again until years later, when the Pulp Fiction collector’s edition DVD was coming together. His office called to tell me that Quentin wanted to put my Pulp Fiction article on the DVD along with one by Roger Ebert. I quickly said yes and smiled for about five straight days.

So, it’s no surprise that our airplane ride flashed into my mind when I read that Quentin was angry and felt betrayed that the screenplay for The Hateful Eight had leaked.

Now, I know that on the surface, it might seem odd that Quentin, a guy who’d read a screenplay in progress to a virtual stranger, would be wounded by having people read his screenplay. (He even said in that Deadline interview that he generally likes the online discussion of his scripts.) But to me, it makes sense. Quentin knew I was a filmmaker, but more than that, I was a fan. I wasn’t sitting in judgment, and wasn’t making commerce out of it, either. I was there to go on the ride with him, to be swept away, to share in his vision, the fragile fantasy world that all storytellers fight keep aloft.

Look, I’ve had my screenplays leak in the past. One early draft ended up on some screenplay review site days before we started filming. I was furious because I didn’t want a work in the beginning stages judged, didn’t want anyone to decide the merit of the movie before the movie itself existed. But I don’t think that’s what’s going on here.

When The Hateful Eight got out early, before it was really finished, before he had the chance to hear it, revise it, hear it again, I think it got sullied somehow, changed, hardened in its form before it had attained the form he knew would someday exist. And I think this was painful for him. Because Quentin, as it was clear to me that night, really tries to live there, in the fragile fantasy world. It’s the only way he can make it real enough for himself to make it real enough for the rest of us.

That got broken somehow. Tainted. And I imagine that in the moment, with the shards of his imagination on the floor around him, continuing just felt impossible to him.

I hope that by now, he’s realized that no one can take his story away from him. And I hope he gets the yellow pad out again and finds someone who’s really eager to listen.

And I hope that the next time I take a red-eye, I turn and see him walking up the aisle again.

Can't Kill His Vibe: How Kendrick Lamar Took Advantage of Imagine Dragons and the Grammys