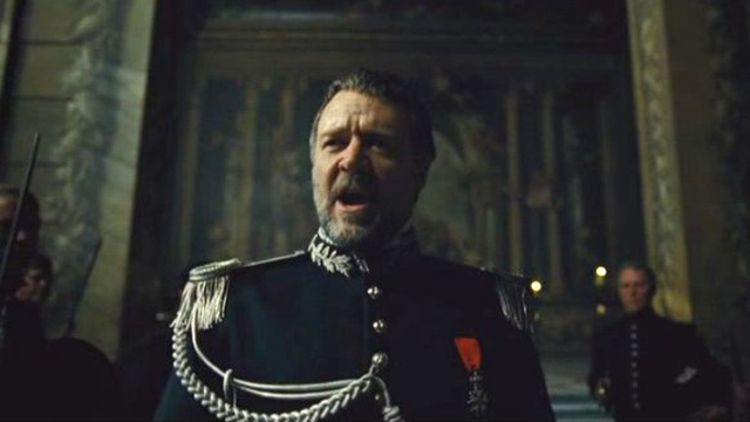 I realize that I’m unqualified to do what I’m about to do, which is to talk about the musical and cinematic bludgeon that is Les Misérables without having ever seen the actual show, and without ever having listened to the soundtrack. I’m also apparently one of only 13 Americans who did not appear in a production of the original musical while I was in high school, and we’re dying off fast.

(Let me also say that I enjoyed the film, even though I’ll never watch another Tom Hooper movie until I’m guaranteed by the producers that his damned camera has been riveted to the floor. For sheer directorial busy-work, Hooper makes Tarantino look like he’s working in Super-8. You get more consistent photographic angles from the Hubble Space Telescope.)

Nevertheless, I rise today in defense of the Pub Voice. This is because the Pub Voice is taking quite a beating these days, most notably at the Browne-Yoshida cyber malt shoppe here last week. The Pub Voice is something we all have. Even actual singers have it. The difference between actual singers and, well, me, is that they have other voices besides the Pub Voice. I have the Pub Voice and nothing else. The only song I’ve ever sung in any karaoke context is “Mississippi Queen” (if you know what I mean). There are three basic kinds of Pub Voice — loud, louder, and Would You Like to Step Outside? I have all three, as well as a fourth variation that I’ve kept under wraps since my undergraduate days because, when it’s unleashed, it generally results in my having to walk home in the snow.

Moreover, there is a long and proud tradition of the Pub Voice in musical theater. For example, the role of King Arthur in Camelot was specifically written for Richard Burton, who could not sing, but who had a Pub Voice from God. The role then passed to Richard Harris, who had an even stronger Pub Voice than did Burton, having remarkably visited even more pubs in his time than had Burton. Which is why I rise today to the defense of Russell Crowe and his role as Javert, which he performs almost entirely in the Pub Voice, and for which he is being unfairly pilloried by the 99.99 percent of Americans who appeared in a performance of that show in 11th grade.

Crowe, who actually sings with a rock band in his off hours, has a firm and distinctive Pub Voice. He doesn’t have a lot of range, but the Pub Voice doesn’t depend on range. It depends on its ability to make itself heard over the general hurly-burly and the shouted orders for Buffalo wings. In this case, Crowe has to fight to be heard over all the Hooperish filigree, and the dancing cameras, and the movie’s shawl-like piety, which we’ll get to in a minute. These things he generally does. He doesn’t have the big moment that Anne Hathaway does — after, of course, she gets beaten to a pulp in the most extended filmic martyrdom since Mel Gibson got a hold of the Gospels — and he doesn’t have the ongoing halo that surrounds everything Hugh Jackman does, but, in a very strange way, and in a way I never did with Javert either in the novel or in the straight dramatic movies made out of it, I identified with his character because he seemed like the only ordinary bloke on the screen.

Javert is an impossible character, the most rigid person in literature except, possibly, for Ahab, who at least has a deep personal wrong to be avenged. But Crowe manages to humanize him and, because he does, Crowe’s the only real actor in the film. Everybody else — except the comic-opera Thenardiers, whose every appearance had me wishing for a general cholera outbreak — is a saint with celestial pipes. From the first time Hugh Jackman kneels before the altar, to the very end, when the spectral Hathaway comes back from heaven with a nicer haircut and all her teeth, Valjean is on a road to redemption that’s as predictable as a drive down the Jersey Turnpike. Even the revolutionaries are saintly, which can make them very boring revolutionaries, indeed. If I’m on a barricade, and the preposterously callow Marius is next to me, I’m going over to the royalist side. All of the roles are extraordinarily well sung but, except for Samantha Barks’s Eponine, an utterly glorious performance that deserves a parade, there isn’t a single surprise to be had from any of them, no matter how well they sing. Sooner or later, even in a piece of musical theater that is all music, there has to be some theater.

Only Crowe’s Javert even flirts with any kind of nuance. Watch him truckle before Monsieur le Maire before he realizes who Monsieur le Maire really is. Fundamentally, he is that most dangerous creature — a jumped-up clerk with power, and he knows it, and, in Crowe’s eyes, you can see that insecurity flickering there even in his most authoritarian moments until it finally breaks him entirely and he throws himself into the river with a satisfying — and surprisingly audible — crunch. No, he’s not the singer everyone else is, but he unlimbers the Pub Voice, and he does a decent job with it, and we all know that our Pub Voice sounds better than the world gives it credit for sounding. I’m willing to cut myself that kind of slack, and I’m willing to cut Crowe that kind of slack, too. I’d like to hear him on “Mississippi Queen.” I’ll bet he’d kill it.