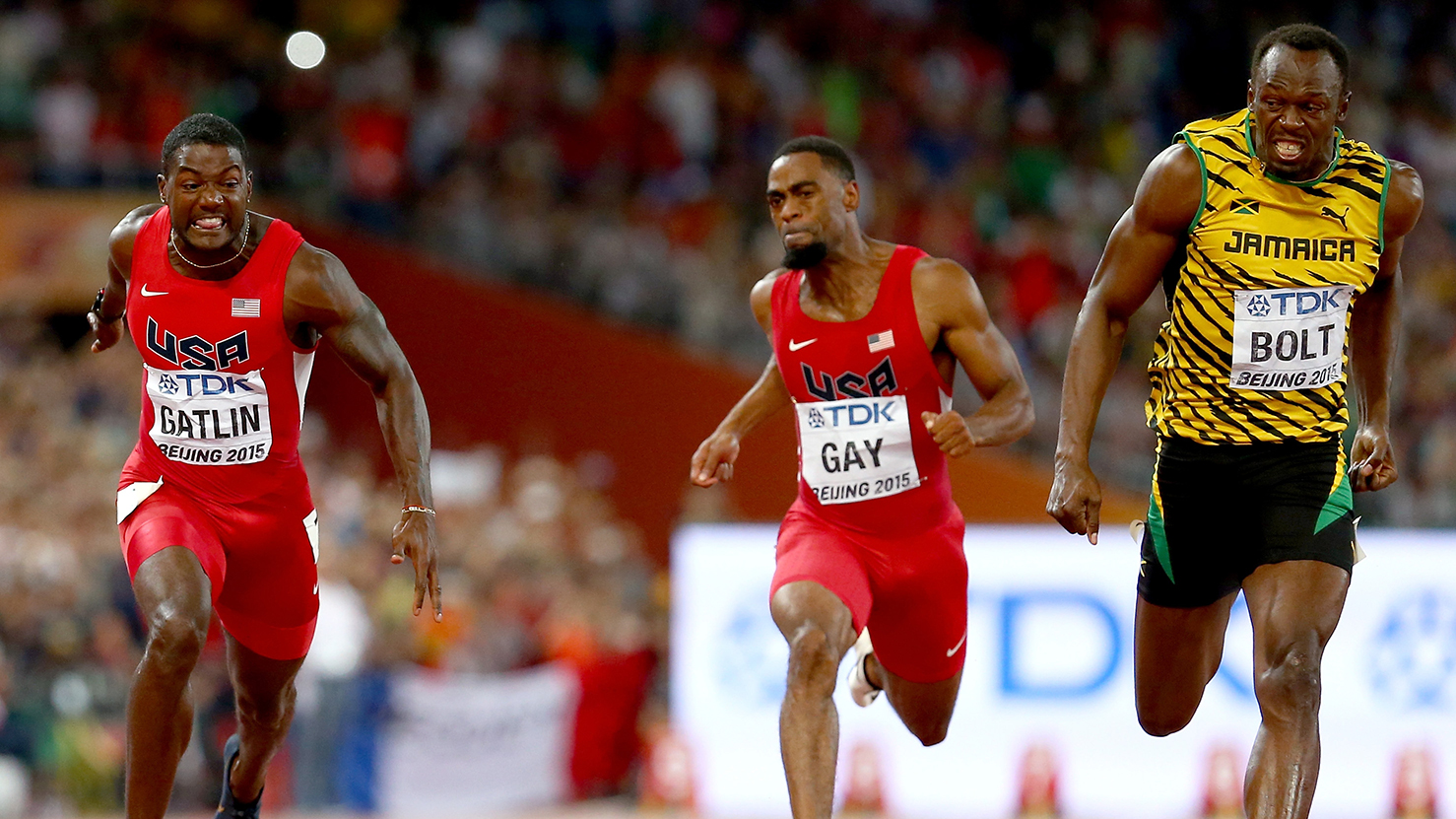 For Justin Gatlin, every race is a chance to say take that. He might not put it that way, of course, but it’s true. Every win is an act of defiance to the people who tell him to grovel for failing two doping tests and for refusing to admit cheating. Take that, Sebastian Coe, the new president of the IAAF, track’s governing body, who told the press that the thought of a Gatlin win made him “queasy.” Take that, the legions of fans who know of only one sprinter, and his name is Saint Usain Bolt. Take that, the critics who say he’s too old to be running these times. Take that, the other runners on the line for track and field’s marquee event.

Arrogance comes with the territory. “It’s part of your résumé, being the fastest man in the world,” Gatlin once told me.

So there was Gatlin, on Sunday in the Bird’s Nest Stadium in Beijing, lining up for the 100-meter final. He was the favorite, by some distance. He’d run the fastest times all year. In the semifinal, he put down a 9.77, more than a tenth of a second faster than anything Bolt has run all year. Gatlin’s technique was flawless — the start, the drive phase, the angle, no wasted movements. He was primed. He had never raced in the Bird’s Nest, the place where Bolt had broken two individual world records and won two individual Olympic golds in 2008. Gatlin had been serving a ban for testing positive for high levels of testosterone. In May, he was supposed to run at the Beijing World Challenge track meet just days after running a blistering 9.74 in Doha, but after mentioning some cramping issues to race organizers, he was told to leave town without competing — and to reimburse the meet for expenses.1 Every race he runs is a morality play, and he’s cast as the villain. All he can do is win. Take that, world.

And two lanes to Gatlin’s left, there was Bolt, wearing a loose yellow-and-black singlet, tiger striped. He was tall and loose, crossing his chest, pointing toward the Lord. Bolt had stumbled in the semis, had come in barely under 10 seconds. He’d struggled all year, though he had clocked a reassuring 9.87 in the 100 meters in London a month earlier. The cameras were on him; the cameras are always on him.

Gatlin’s start was explosive; he left the blocks as if sprung, then kept his head down and stayed low for long. Bolt had the first step on him, and then Gatlin began to close. The sound of the crowd was ragged with excitement as Gatlin surged. Ninety meters in, there was no telling. And then Gatlin leaned forward. It had been a long time coming, years to reclaim his place at the top.

And with that little lean, Gatlin’s gait went out of whack. He stumbled as Bolt surged past the line in 9.79. Bolt beat Gatlin by a hundredth of a second. And so the track world, rightly or wrongly, was filled with relief.

Bolt is a sprinter, the fastest man in the world. Arrogance comes with the territory. His territory. “You can call that race rusty,” Bolt said after his win. “I could have run faster.”

He hasn’t lost at a world championships or Olympics in years, excluding false starts. Bolt thrives off doubt, the sprint champion and commentator Ato Boldon told me last month. “Rio could be his I-told-you-so, his rope-a-dope, his Ali-Foreman.” The Rio Olympics are next summer. But this is a sprint. Why wait? Take that.