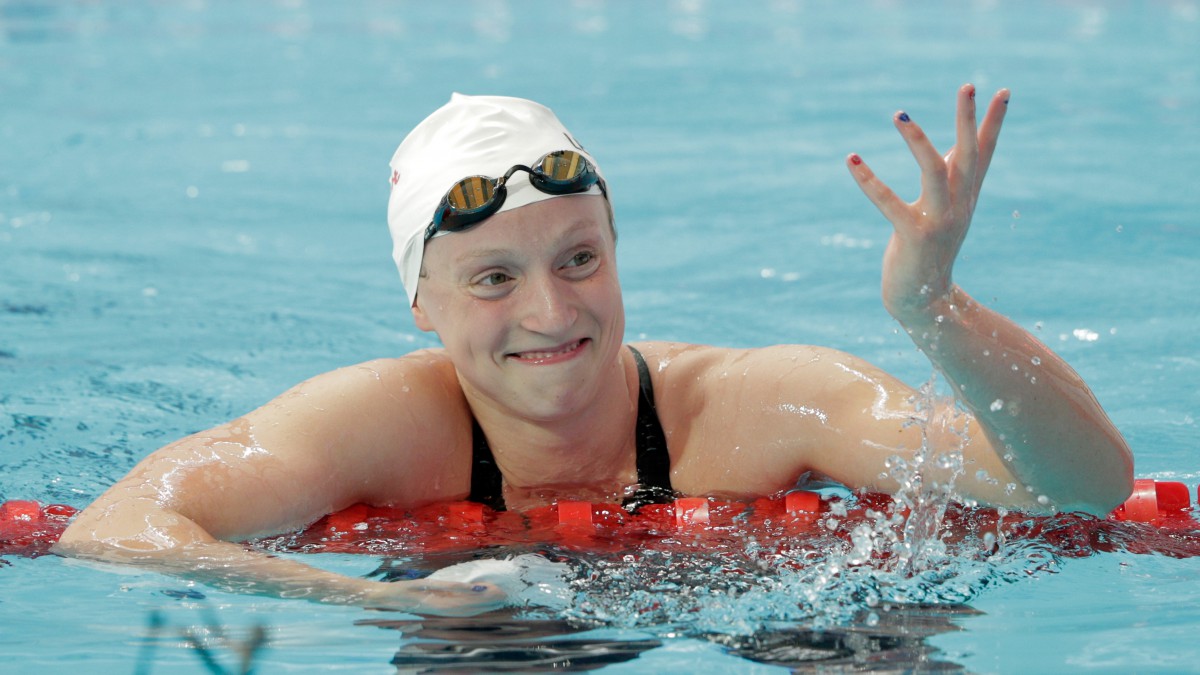 You should forgive an auld fella for his presumption, but it seems that, because of her spectacular success at swimming faster than anyone else in the world over a whole bunch of distances, Katie Ledecky already is being cast as one of the American idols — in every reality-TV sense of the term — of the 2016 Olympic Games in Rio. In my time, I have covered a great number of teenage athletes; most of them were competing at either the Olympics or on the professional tennis tour. Many of them were very successful and went on to live good, productive lives in comfortable obscurity. Some of them, alas, flamed out in spectacular fashion, becoming as famous as tabloid spectacles as they were as championship athletes. It is because of the latter class that, any time I read about someone who’s being groomed for what Ledecky apparently is being groomed to become, I find myself reciting a prayer from a movie that came out 27 years before Ledecky was born.

The film is from 1970. And at the end of Little Big Man, Arthur Penn’s picaresque masterpiece of the Old West, the elderly chief brings his adopted son to the top of the mountain. The chief has decided it is his own time to die. He chants his thanksgiving prayer and expresses his gratitude for a long and satisfying life, and then he lies down to await the end. But he makes one last request.

“Take care of my son here,” the old chief asks. “See that he does not go crazy.”

All indications are that Ledecky’s fully equipped to handle what’s coming. I am particularly struck by the fact that, during this year’s world championship, she offered to do “availabilities,” if needed, since she was coming to the venue anyway to cheer on her teammates. This suggests that she’s not the kind of person who gets blindsided by the demands of renown and, in abject terror, finds the sort of means of escape that generally end up with telephoto shots of her and an exiled ne’er-do-well Maltese prince on a yacht off Bimini. This gives me some hope.

One of the phenomena I’ve watched overtake the sports-industrial complex in my time has been the endless cycle of athletes who are wildly successful and richly rewarded and vastly famous get turned into grist when the celebrity mill starts working in reverse. (Ledecky might ask Michael Phelps what that’s like.) Celebrity can be the ultimate poisoned apple. Fame and infamy work the same dark magic on the public at large. Anyone who is famous and loved by strangers based on what that person can do already has lost the right to plea-bargain with the mob if they do anything wrong. And it doesn’t matter how old you are. Vicarious adoration and vicarious contempt draw their strength from the same deep well of the human psyche.

This is worse when the athlete is young. This is worse when the ingrained sexism in our society is used as what the arson squad calls an “accelerant” in the process. In an odd way, it is worse when the athlete succeeds in a sport about which the general public cares only at certain times — every four years at the Olympics, or during only four tournaments of the tennis calendar. It is possible that an athlete will appear suddenly as a champion and then largely disappear for a time, only to re-emerge just as suddenly as a defendant, or a casualty. In both cases, the public spectacle is just as loud and just as noisy. We are, after all, herd animals. We are herd animals and prone to stampedes. 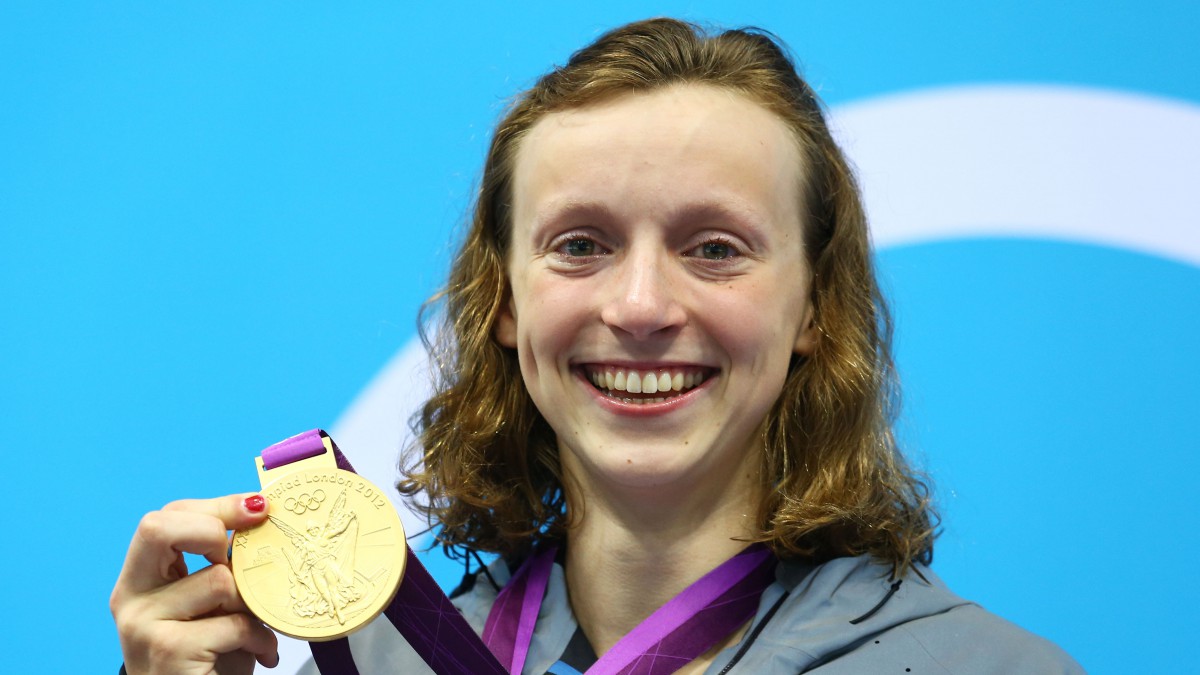 Al Bello/Getty Images Katie Ledecky poses during the medal ceremony for the women’s 800-meter freestyle at the 2012 London Olympics.

For many years, we saw only the successes, the Nadias and Olgas and Steffis, and they became stars and celebrity commodities, and they seemed like the validation of everything we thought success should be, and everything that we thought well-raised, disciplined children could accomplish. Then, some of them cracked, severely. And, in 1995, a terrific journalist named Joan Ryan wrote a book that described the damage done to all the children who couldn’t make it to the top of the pedestal that sports and money and the wishful commodification of our own hopes and dreams had erected. They fell into what had become an abyss.

Ryan’s Little Girls in Pretty Boxes was, in many ways, a horror story. Concentrating on gymnastics and figure skating, the two sports from which most of our American pixie darlings emerged, Ryan told the story of children pushed past the brink of what children ever should be forced to endure. The results were grim. A gymnast dies of an eating disorder. Another dies after being paralyzed. There were athletes who cut themselves. There were tales of girls whose natural maturity was delayed because of training designed to keep them small, light, and airborne. It was a brutal collision of professional competitive standards and the conventional standards of beauty. It read like the depressing tales that came out of Eastern European countries after the wall fell, except, in these cases, the performance-enhancing drugs were money and fame. A year after Ryan’s book appeared, in 1996, the New England Journal of Medicine published a landmark study that braced Ryan’s reporting with a sad plethora of scientific data. One of the report’s authors, Dr. Ian Tofler, a pediatric psychiatrist then working at the LSU School of Medicine, estimated that the prevalence of eating disorders in young female athletes was somewhere between 14 and 62 percent, as opposed to a fraction of that in the general population. Tofler spread the blame to coaches, parents, and the media.

“I find it very disturbing that it has become acceptable to be injured and compete with injuries under pressures of the coaches and parents,” Tofler told the Philadelphia Inquirer. “We are very concerned about the lifelong consequences to these girls.”

To be sure, there isn’t the butcher’s bill of physical damage among adolescent swimmers as existed when Ryan was looking at gymnasts and skaters. But the psychological pressures always have been similar, and those pressures are not entirely competitive. A sociologist named Jay Coakley wrote that the appearance of adolescent athletes in big-money sports was in violation of the spirit of the country’s child labor laws.

“Whenever I see coaches and corporations getting together to deal with things that affect the lives of children,” wrote Coakley, “I always wonder about what the outcome will be and whether it will reflect the interests and needs of those children or of the corporations.” For all the advances we’ve made in this area, that question remains an open one.

Ledecky was 15 when she won her first Olympic gold medal in London in 2012. By all accounts, as she has come to dominate her sport, she has managed to handle the attendant folderol with considerable aplomb. But it’s a damned unnatural business, and that’s not even to mention the fact that anything less than a whole bushel of gold medals from Rio, and she’s going to be accounted a disappointment.

One Olympic gold medal should be enough for a lifetime. Once, that used to be the case. But that was when an athlete’s competitive lifetime did not begin when the athlete was 15. That was before the pixie-fication of female athletes by television. Now, a very young athlete can win one or two Olympic gold medals and that’s considered a good start. Then there’s a four-year ramp-up to expected greatness. The build is a slow one. But it begins to accelerate about a year out from the Olympics, which is where we are now. Marketing executives begin to take notice. Memos begin to fly. Anticipatory delight turns to anticipatory dread the closer the Great Event comes. And, when the gun goes off, the athlete finds out that he or she is trying to swim while shouldering a ton of extraneous nonsense.