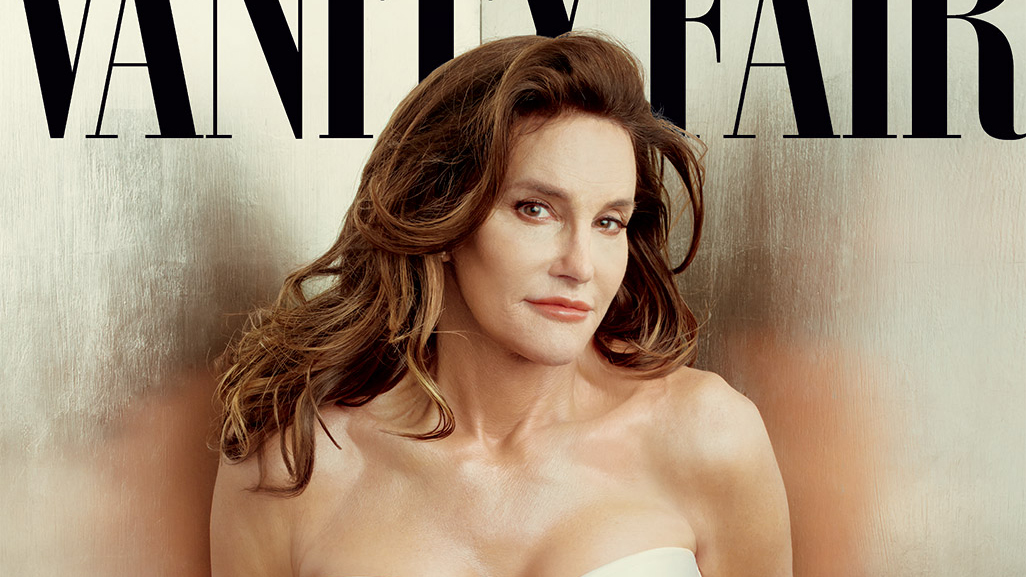 In the wake of the April interview with Diane Sawyer, you knew it was only a matter of time before the promised announcement: The 1976 Olympian we first knew as Bruce is now someone you should get to know as Caitlyn. That news is part of the big reveal in Vanity Fair: the Annie Leibovitz cover photo, the Buzz Bissinger feature, the new name and look.

It is pretty much everything you might expect from a premium-brand transition from an international celebrity. It is also an extraordinary circumstance, unlike any trans person’s experience ever — but the opportunity it creates, to talk about the lives of all trans people and the place they have in the country and society we share, is still there.

Whether you devour or despise celebrity coverage, Jenner is an important player in that conversation, not only because of what she has to say, now and into the future, but because the nature of celebrity affords everyone else the opportunity (and excuse) to start talking about it among themselves. Jenner’s news came out in the middle of a series of briefings on trans folk that I’ve been doing with a Midwestern police department for the Department of Justice. Adding an admired athlete and instantly recognizable public figure to those conversations is a benefit, because it helps combat negative stereotypes about who trans people are, what we do, and what we are like. Get right down to it, and the answer is that trans people are like everyone else, capable of achieving great, unusual things, like Olympic gold — and even greater things given the opportunity, like a good life well lived.

The problem is that so few trans people get the chance to enjoy that greater thing of a good life, not in the face of overwhelming violence, workplace harassment, and discrimination in employment, schooling, and housing. The hope is that a public figure like Jenner will help create the critical mass to have a national conversation about all things trans. We cannot fairly expect Jenner to be the dominant voice. It is, instead, on all of us to have that discussion and find answers together.

There will be a large, loud exchange that spins around this latest news, and the images in Vanity Fair will elicit a variety of responses, with lots of people expressing discomfort for all sorts of reasons. That’s part of the unavoidably complicated exchange we have to have about trans people in the public sphere and trans people in the world we share.

Take Jenner’s looks and the corseted glamour shot, for example. Sure, there’s a lot of money invested in achieving the look; Jenner had the means to spend it and chose to do so. Some might fidget over women allowing themselves to be sexualized in such a way, but Jenner has made a choice that other famous and beautiful women such as Scarlett Johansson and Kerry Washington have been free to choose. There’s something ultimately transgressive in putting a beautiful 65-year-old trans woman in that kind of company.

Similarly, some are expressing discomfort with the fact that Jenner’s slow-walked transition has resulted in a number of articles simultaneously using “he” and “she,” “Bruce” and “Caitlyn,” all while talking about the same person. Among critics — some trans, some not — there are those who would only support Jenner as we know her now; others lack the decency to recognize her for her past accomplishments and who she knows herself to be.

That’s them, but it doesn’t have to be you. The linguistic muddle that Jenner is apparently comfortable with is a reminder that all trans people lead complicated lives, and those who have lived longest have more past to reconcile with the present. But remember that language is merely a tool in our service, and English is as admirably adaptable as we are when it comes to accepting that Jenner is who she says she is, was, and will be.

So let’s welcome Caitlyn. She’s not just a conversation-starter, not merely a celebrity or just a person with privilege that some might envy. She is first and foremost a beautiful woman, a parent, an accomplished Olympian. But most of all, like all of us, she is somebody trying to make her way in the world. Let her do things her way, and karma might just pay you back by letting you do the same.

Christina Kahrl covers baseball for ESPN.com. She is also on the board of directors of GLAAD.

See all from Christina Kahrl

Ask the Maester: The Origin of the Night’s King, the Wights, and Dragonglass