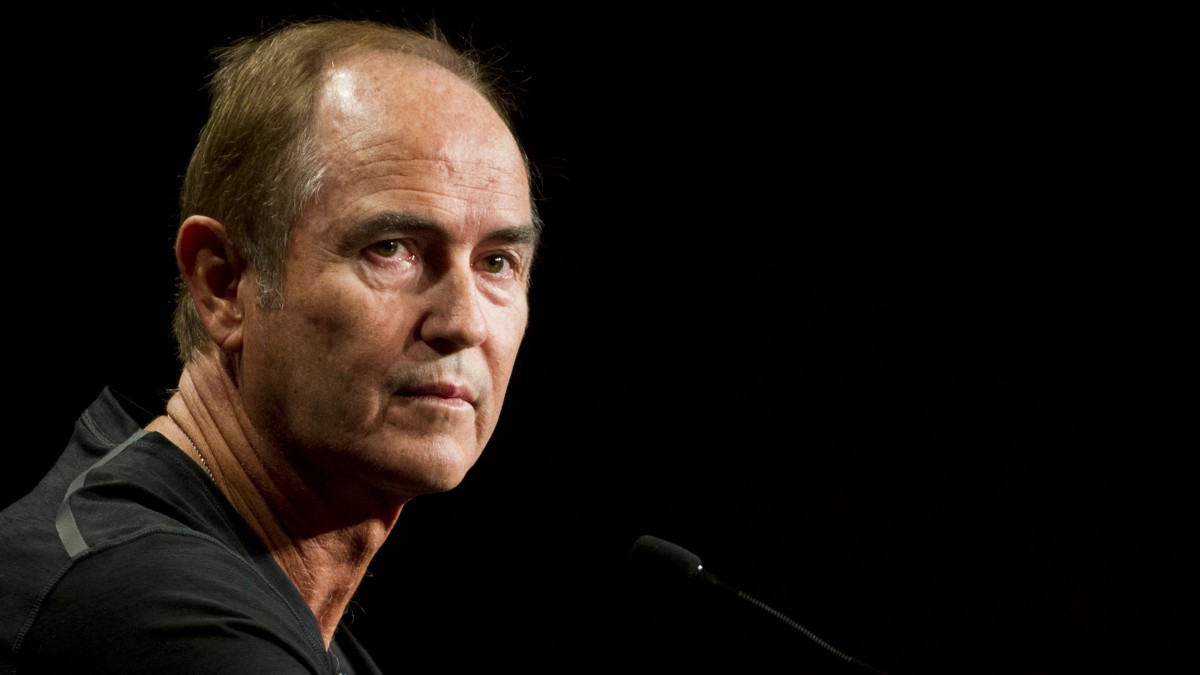 Not to be indelicate about it, but the past 12 years have featured quite the run of malfeasance at the Baylor University athletic department. In 2003, a Baylor basketball player named Carlton Dotson murdered another Baylor basketball player named Patrick Dennehy. Dave Bliss, who then was coaching Baylor’s basketball team, initially responded to the murder by trying to convince others to term the victim a drug dealer, largely to explain how Dennehy was able to pay his tuition, which Bliss himself was actually paying under the table. Dotson went away to prison for 35 years. Bliss was hired this year to coach at some place called Southwestern Christian University. This is what the university president said was the reason the school had hired Bliss:

“Coach Bliss fits well within our mission and culture and embraces what a Christian-based education is all about.”

And they say religious people have no sense of humor.

Now it’s the Baylor football team’s turn, and while the current scandal is nowhere near as baroque as the ones that surrounded the murder of Patrick Dennehy, it nonetheless raises the question of what in the hell is going on at this 170-year-old Baptist university, which didn’t even allow on-campus dancing until 1996. Say what you will about Baylor, but it caught up on the seven deadly sins in a hurry.

On Friday, a judge in Waco sentenced a former defensive end named Sam Ukwuachu, who’d been a Freshman All-American at Boise State before transferring to Baylor (where he never played a down), to 180 days in jail and 10 years’ probation for the 2013 sexual assault of a former Baylor soccer player. Like the Dennehy case before it, Ukwuachu’s trial opened up a small storage tank of worms. For example, a Baylor in-house investigation of what transpired between Ukwuachu and the victim (identified below as Jane Doe) apparently made Dave Bliss look like Sherlock Holmes in comparison. A groundbreaking story in Texas Monthly revealed the Baylor probe to be a masterpiece of perfunctory twaddle.

It involved reading text messages, looking at a polygraph test Ukwuachu had independently commissioned — which is rarely admissible in court — and contacting Ukwuachu, Doe, and one witness on behalf of each of them. Ukwuachu’s roommate, Peni Tagive, is the primary witness in his defense.

The Baylor investigation was so laughably shoddy that, at Ukwuachu’s trial, presiding judge Matt Johnson wouldn’t allow Ukwuachu’s defense team even to enter its findings into evidence. A rape kit taken in the immediate aftermath indicated that the assault had taken place. Moreover, as the trial proceeded, the reason for Ukwuachu’s dismissal from Boise State became public. He had been accused of assaulting his girlfriend there. She came to Waco and testified against him. (Ukwuachu denies those allegations.)

This has set off a hooley between Baylor coach Art Briles and University of Washington coach Chris Petersen, who’d been Ukwuachu’s coach at Boise State. Briles insisted that Petersen never told him about the incident that precipitated Ukwuachu’s departure from the Broncos program. Petersen responded that he’d given Briles the complete circumstances, including the alleged assault. And this is what we’re arguing about now — which coach will most completely cover his ass before the season kicks off.

Jesus God, does this really matter? If Petersen didn’t tell Briles, he should have. If Briles didn’t ask, he should have. If Briles didn’t know, he should have. Does either of these guys think that passing the buck on this one matters a damn to the administration of justice, or to the victim herself? We really ought to be past the point on stories like this one where the future of “the program,” or whether a coach has kept some kind of weird good faith with another member of the lodge, or even if a coach can keep his job, ought to concern anyone beyond the coach and his immediate family. This is not a sports story. It never was. 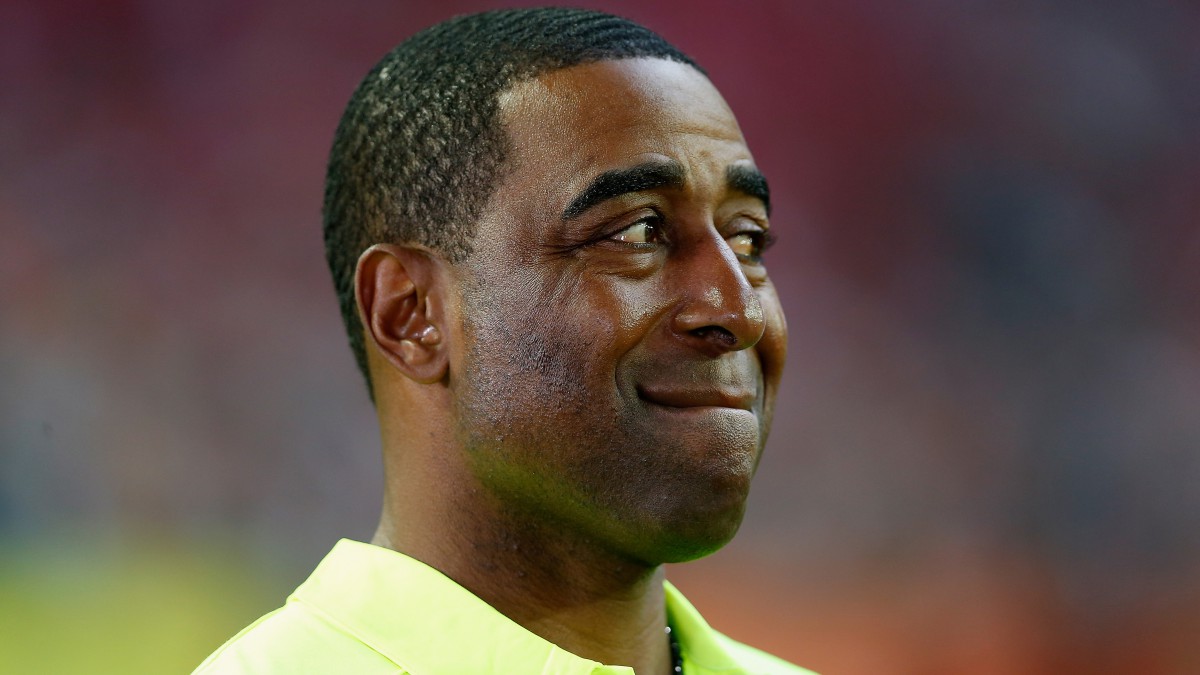 “You want the falcon. I’ve got it. The fall guy’s part of the price I’m asking. As for Miss O’Shaughnessy, if you think she can be rigged for the part, I’m perfectly willing to discuss it with you.”
—Humphrey Bogart as Sam Spade, The Maltese Falcon

It is a capital mistake, I’ve found, to talk about how the real world “breaks into” sports. It’s just as big a mistake regardless of whether the episode in question is benign or malign. The intellectual equivalent of this mistake is the argument that Event A “puts sports into perspective.” Assuming you have the intellectual capacity God gave rice pudding, when is sports not in “perspective” vis-à-vis war, peace, economic cataclysm, or criminal offenses? As hard as they work to distort reality out of all perspective — have I mentioned there’s something of a controversy regarding the inflation of the footballs in last year’s AFC Championship Game? — the attractions of the sports-entertainment complex still depend vitally on fallible human beings. That’s how reality “breaks in.” It infiltrates, and human beings are the host organisms. For which we can all thank Whoever.

There is now widely circulating a video in which Cris Carter1 advised incoming rookies at a 2014 NFL seminar to arrange to have a fall guy who could be deployed whenever the player fell afoul of the law. There is a whole lot of foot-stamping outrage over this. The NFL already is deploring Carter’s comments. If there’s anything at which the NFL under commissioner Roger Goodell has demonstrated considerable skill, it’s deploring things. They are a deplorin’ bunch, those expensive suits on Park Avenue. If you spend a lot of time deploring things, you rarely have the energy actually to change anything, which is the whole point.

Seriously, though, what is Carter’s sin? He’s acknowledging what is the primary strategy in American business, in American government, and in American sports. We are the country that gave a name to the concept of “plausible deniability.” We have people who spend hundreds of thousands of dollars to find different ways of finishing sentences that begin with the phrase, “To the best of my recollection.” Almost every powerful person in every realm of society has a battalion of little minions who easily are tossed over the side when necessary. The basic problem Richard Nixon had was not that he had fall guys. It was that he ran out of them.

It has been human instinct for as long as there have been human beings who are subordinate to other human beings. We all do it by scapegoating “society” in general for problems in which we are complicit. If everybody is guilty, then nobody is. Like the NFL, we deplore, but we don’t solve. In the two Baylor scandals, we have vivid examples of this all-too-human reflex. Dave Bliss tried to make Patrick Dennehy the fall guy in his own murder. In the case of Sam Ukwuachu, we have Art Briles trying to make Chris Petersen the fall guy, and vice versa, in a pathetic public relations brawl over who should have told whom about what. The case has degenerated into a farcical shadow play of fall guys.

It is something of an irony that the president of Baylor University is Kenneth Starr, the man who was the special prosecutor that pursued President Bill Clinton in an investigation that began with the failed Whitewater land deal in Arkansas and ended with the president being impeached by the House of Representatives on charges of perjury and obstruction of justice. In that probe, Starr saw fall guys everywhere, from local politicians in the backwaters of the Ozarks to the West Wing of the White House. One of his first accomplishments after becoming president of Baylor in 2010 was to make sure the school remained within the rapidly re-forming Big 12 conference. So it did, and the football team has prospered mightily. Under Ken Starr, the Bears have gone a fat 47-18. They’ve made a lot of money. They produced Robert Griffin III, a genuine star when he left Baylor.

And now, there is a horrible crime for which one of the Baylor football players has been convicted and sentenced. This has brought back to mind another scandal in which one of the Baylor basketball players was convicted of a crime. Back then, a basketball coach tried to make the dead man a scapegoat in his own death. Now, Baylor’s football coach is trying to hang some of the responsibility for this more recent crime on another coach half a continent away. Starr once deplored this kind of thing in a president. Reacting to the verdict, Starr’s office said in a statement:

“After consulting with the Baylor Board of Regents, the Executive Council and our academic leadership, this afternoon I called for a comprehensive internal inquiry into the circumstances associated with this case and the conduct of the various offices involved. The inquiry will be led by Jeremy Counseller, Professor of Law at Baylor Law School, Baylor’s Faculty Athletics Representative to the Big 12 Conference and NCAA and a former Assistant District Attorney. Mr. Counseller will engage others in his review as he deems appropriate and will submit his report directly to me at the conclusion of his inquiry. After an analysis of his report, I will determine what additional action to take.”

An earlier version of this article inaccurately described the impeachment charges against President Clinton.