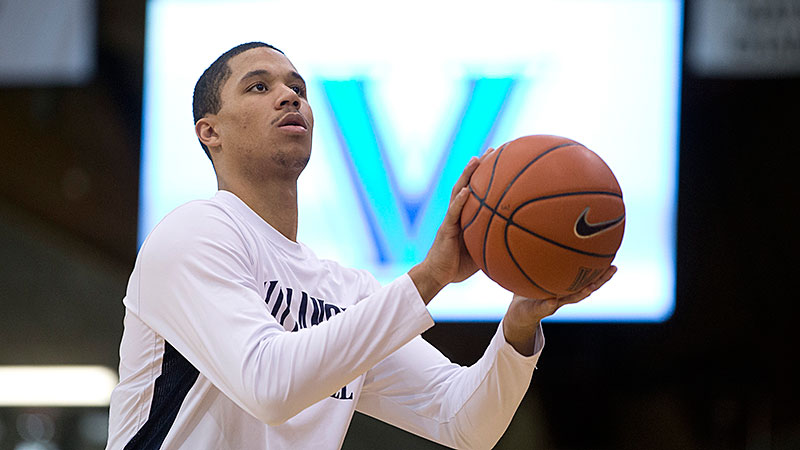 Who Is He? Josh Hart, 6-foot-5 guard for Villanova

Where Is He From? Silver Spring, Maryland (a product of the Quaker Sidwell Friends school, whose student body includes Sasha and Malia Obama)

His Game in 30 Words or Fewer: Egoless, productive bench weapon

You Might Know Him From: On a vet-heavy team led by senior guard James Bell and junior guard Darrun Hilliard, Hart hasn’t been in the spotlight much. Recently, though, he’s been effective coming off the bench and looking to score; in the Big East tourney, he poured in 18 in the eventual loss to Seton Hall. Hart, along with his fellow D.C. native Kris Jenkins, is another great example of Jay Wright scoring big on less heralded players on the recruiting trail.

Film Study: Though it’s not much, this video delivers a sense of Hart’s inside-outside game, especially before his long jumper abandoned him in the middle of the season:

Here’s JH frying a microphone after a win against Gonzaga College High in his Sidwell days:

@DarrunHilliard4 is so excited to be hanging in the locker room with me and @TeamNike_Hart were all bestfriends #meow pic.twitter.com/Ee2JNiTxGF

The new pick up!!! pic.twitter.com/90YtPdxLJm