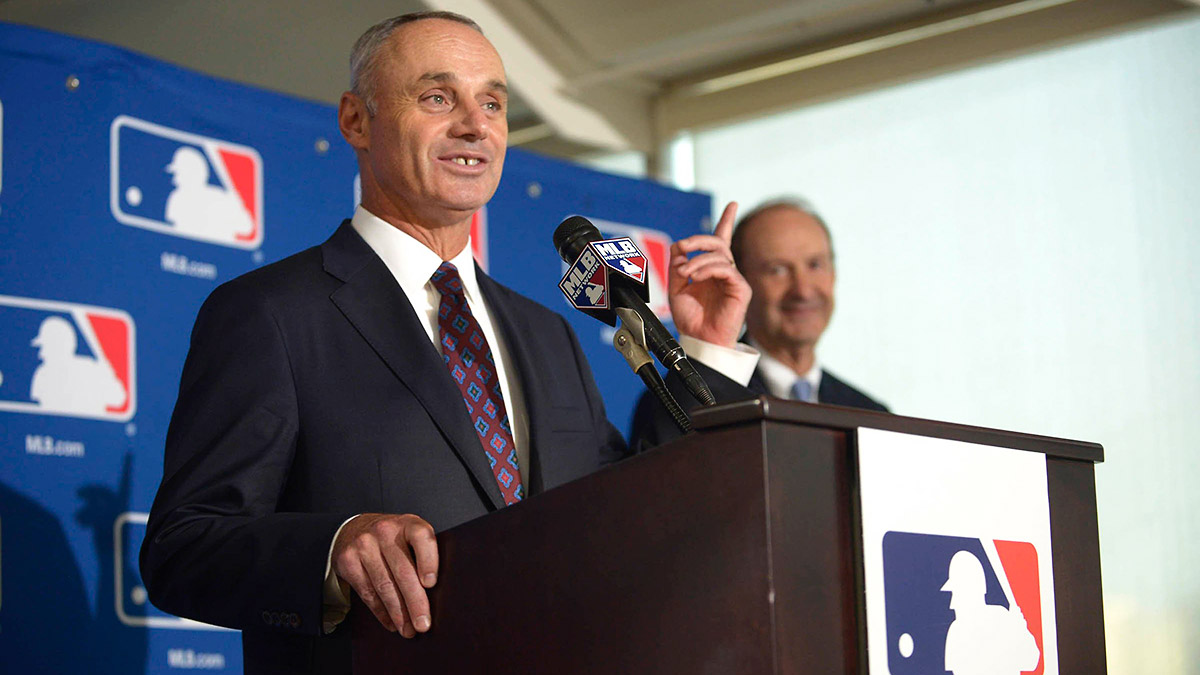 Who’s That Guy is an ongoing Grantland series and an orientation tool to use in the vast sports landscape. Today, we take a look at Bug Selig’s successor, the Red Robber Baron.

Who Is He? Rob Manfred, the next commissioner of Major League Baseball.

How’d He Become Commissioner? MLB’s 30 owners select a new commissioner the same way the College of Cardinals picks a new pope: A bunch of old guys disappear into a room, and they vote over and over until one candidate gets enough votes to win. In baseball, that takes 23 votes. For most of the day, Manfred hovered just short of that threshold, while Red Sox chairman and former TV producer Tom Werner held enough support to prolong the proceedings. Eventually, Selig intervened and persuaded the holdouts to switch sides, and Manfred was elected unanimously.

What Were Those Owners Holding Out Over? Werner’s supporters, led by White Sox owner Jerry Reinsdorf and Angels owner Arte Moreno, are the hawks of MLB’s dormant labor war. If Werner had been elected, odds are that faction would have pushed to end ownership’s comparatively friendly relationship with the Major League Baseball Players Association. The hardliners would almost certainly have pushed for extreme measures to direct as much of baseball’s revenue as they could to the owners, leaving as little as possible for the players.

The short version, from Wendy Thurm:

The vote is taking so long because a faction of owners aren't satisfied with their share of MLB's $8 billion. #MLBCommissioner

Does That Mean Manfred Is the Good Guy? Well, not really. Getting Manfred instead of Werner is like having Spanish flu instead of encephalitis. You see, Manfred helped author the past three collective bargaining agreements, which included, among other things, caps on amateur bonuses. You might ask: Why’s that bad? Well, it’s not, as long as you’re OK with rich old men forming a cartel to enrich themselves by reducing the amount they pay the 16-year-old Dominican kids who work for them. Manfred was also one of the architects of Major League Baseball’s shady acquisition of the documents in the Biogenesis case, which would make him one of the more ethically icky commissioners in baseball history, if his predecessors hadn’t prolonged the segregation of the game and decided to die on the cross of preventing women reporters from doing their jobs.

But at Least He’s Not Going to Cause a Lockout, Right? Who knows? If the NHL has taught us anything with its three lockouts in 20 years and an entire lost season, it’s that ownership can do whatever it damn well pleases and the public will blame the players. Said then-Flames winger Mike Cammalleri on the eve of the last lockout: “Your boss comes to you tomorrow and says: ‘My company does great, makes tons of money, but I’m going to take 20 per cent of your salary just because where else are you going to work?’”

The MLBPA, long the strongest union in sports, is a shadow of what it was under Donald Fehr. Current executive director Tony Clark, a former major league first baseman, seems to be perpetually angry and perpetually confused. I have even less faith in Clark winning a confrontation with management than I have in management’s willingness to conduct business ethically. Manfred very well could break 20 years of labor peace (in which ownership has won steady incremental gains) by declaring war. And if he does, he’ll probably win.

And the Things I Care About? Pace of the Game, PEDs, Competitive Balance, TV Blackouts? Manfred might do something about all those things, but like previous commissioners, he will most likely trade on the public’s lack of understanding of the commissioner’s job. He’s not an ambassador for the game, entrusted with the well-being of our treasured cultural institution. Well, he is, but not primarily. The commissioner is the owners’ representative, and his primary function is to help owners make as much money as possible.

Is There Any Good News? He’s got a fun name. It lends itself well to anagrams.

The best part is that there’s an easy, descriptive nickname waiting for anyone named Manfred who takes a job like this: the Red Robber Baron.

Premier League Preview: Changes at the Top of the Table

Most Valuable, Period? Felix, Kershaw, and the Pitcher-as-MVP Debate