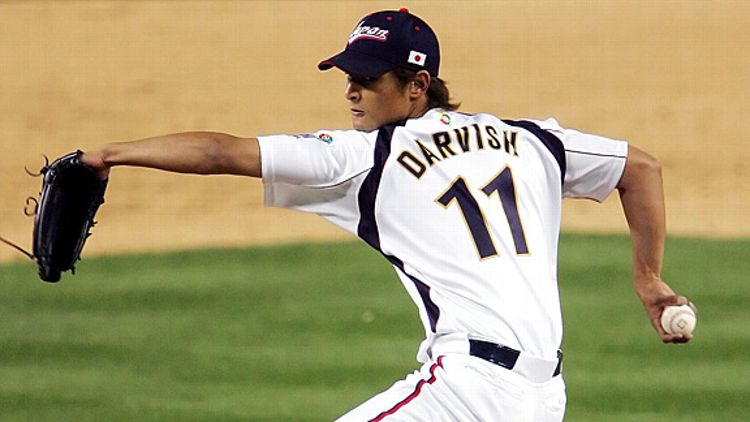 After all the hype over his performance, all the talk of the Rangers or maybe the Yankees landing him, all the mystery surrounding the arcane, outdated posting system that made him available, it seems we might have a winner in the Yu Darvish sweepstakes. And it’s … the Toronto Blue Jays?!

Nobody’s actually signed him yet, and despite multiple sources reporting the Jays won the right to bid on Darvish, that’s not 100 percent confirmed either. But the possibility of this happening is so intriguing, we wanted to jump on it now.

With Toronto the potential front runners, instead of one pressing question: How will Darvish’s performance translate to Major League Baseball? We now have another: How the hell did the Jays get in position to spend nine figures on a Japanese league pitcher, and establish themselves as a potential rising power in the AL East?

For the goods on Darvish, I turned to Patrick Newman, proprietor of the site NPBTracker.com and one of the leading voices on Japanese league baseball. (Check out his data page on Darvish here.)

Darvish’s repertoire is diverse, with six distinct pitches that he throws with excellent movement. They are:

Newman says the scouts he’s talked to are bullish on Darvish as an MLB prospect because of that repertoire, his size (6-foot-5, 220 pounds) and athletic build, and his durability (40 complete games in his first four seasons in Japan, followed by a career-high 232 innings pitched in 2011.

The numbers are trickier to decipher. Analysts from Baseball Prospectus alum Clay Davenport to Jim Albright at BaseballGuru.com have gone to great lengths to make sense of Japanese league baseball, where a young star like Ichiro can carry his numbers to MLB fame, but an MLB washout like Tuffy Rhodes can also go on to hit 55 homers in a single season in Japan. Both Albright and FanGraphs’ Eno Sarris recently took stabs at projecting Darvish’s projection in the majors. Darvish’s monstrous strikeout (10.7 strikeouts per 9 innings in 2011) and groundball (57% in 2011) rates, along with a microscopic walk rate (less than one and a half walks per 9 innings in 2011) would seem to bode well for big league success, especially for a 25-year-old pitcher who should be coming into his prime.

But we don’t know. In the majors, Darvish will throw a different ball off a different mound to different hitters while playing in different stadiums. He’ll throw fewer innings per start but pitch in a five-man rotation instead of six-. The comparisons to Daisuke Matsuzaka, Hideo Nomo, Kei Igawa, Kaz Ishii, and Hideki Irabu are ill-founded, given Darvish’s superior combination of size, athleticism, track record and youth. But still, we don’t know. Not for sure anyway.

It’s interesting then to see major league teams make what might turn out to be aggressive bids for his services. Pro-rate the total cost of Darvish’s posting fee and annual salary, and the “winning” team could conceivably end up spending the equivalent of CC Sabathia’s $23 million a year for the next few years, or something not far from that number — for a pitcher who’s never thrown a big league pitch.

That said team might well be the Jays is an even more fascinating story. On December 16, 2009 — two years ago to the day — the Jays sized up their chances of keeping Roy Halladay on a big-ticket contract, and decided that trading arguably the best pitcher on the planet was their best course of action. In the two years since, much has changed.

The Jays’ transformation arguably started before Alex Anthopoulos took the reins as Toronto’s new GM in October 2009. Two months earlier, the White Sox claimed Alex Rios off waivers, freeing the Jays from a major financial obligation. Anthopoulos took it from there. There was the Halladay trade, which might eventually develop into something positive, with catcher Travis d’Arnaud one of the top position player prospects in the game. The effectiveness and frequency of Anthopoulos’ moves spiked from there. He locked up de facto staff ace Ricky Romero to a team-friendly, long-term contract. After Jose Bautista went Bonds on the league in 2010, Anthopoulos handed him a five-year contract that some observers felt might be overvaluing a one-year performance spike; that deal now looks like a colossal bargain after Bautista played like an MVP in 2011. Trading rotation mainstay Shaun Marcum to Milwaukee for Brett Lawrie seemed risky … until Lawrie went bonkers last summer, hitting a ton and energizing Jays fans with his over-the-top, Canadian enthusiasm. There were little moves, like signing a bunch of quality relievers on cheap, one-year contracts, then raking in compensation draft picks; trading a spot of cash for Miguel Olivo right before the arbitration tender deadline, then reaping another comp pick soon afterwards; and snagging Rajai Davis from Oakland for two relievers, then re-acquiring those same two relievers for less in two minor, follow-up deals. His biggest coup was simple addition by subtraction: convincing the Angels that absorbing four years and $86 million worth of Vernon Wells was somehow a good idea, then watching as Wells put up a nightmarish .248 on-base percentage in 2011, one of the worst results by a starting outfielder in baseball history. (Yes, subsequently flipping Mike Napoli for Frank Francisco didn’t work out nearly as well.)

Rogers’ Communications reported interest in signing Darvish (“Whatever it costs, sign him,” one executive told the Toronto Sun’s Bob Elliott, regarding Rogers’ intentions), Rogers’ apparent broader interest in raising the Jays’ payroll and profile, and the potential financial gains that could come from Japan (and maybe even Iran?) if Darvish succeeds all factor into the decision. But you can also draw a straight line from Anthopoulos’s Svengali job on (since-fired) Angels GM Tony Reagins to the Jays (potentially) finding the $100 million-plus needed to sign a possible franchise starting pitcher.

Pointy-headed baseball writers like me can get caught up in the concept of process over results, to the point of going overboard. The Jays haven’t won jack yet, haven’t made the playoffs in 18 years … we’re not even sure they’ve landed Darvish’s negotiation rights yet, let alone signed the phenom to an actual contract. But it’s OK to get excited a little early. The Rays’ success over the past four years showed that being smart and frugal can be enough to overcome the mighty Yankees and Red Sox. Anthopoulos and the Jays have proven their own smarts over the past two years, and seem willing to spend in a way that’s either impossible or at least implausible for the Rays. Even with Darvish in tow, the Jays might not win immediately. But later looks more like soon every day.

Previously from Jonah Keri:
Who Should Sign Prince Fielder?
What Do We Really Know About Ryan Braun?
Rays Continue To Play ‘Let’s Make A Deal’ With Its Prospects
Is Albert Pujols Really Worth $250 Million?

The Collapse of the Colts Has Been Years in the Making