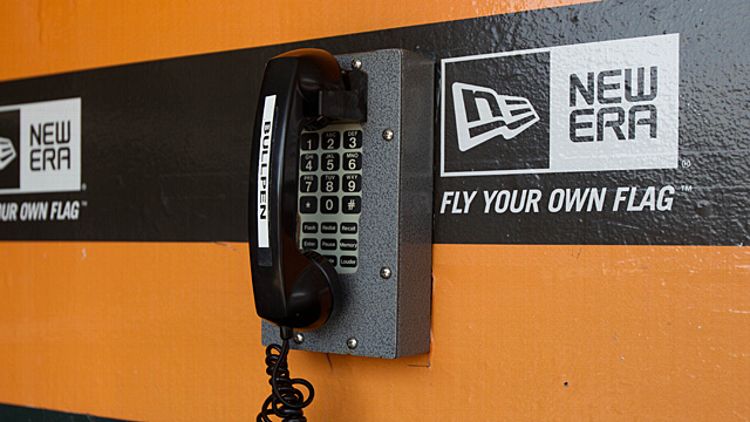 There are baseball books that normal people buy, and then there are baseball books that obsessive, maniacal baseball lovers buy. Let’s put it this way — if you’re on a date with someone who has Moneyball or Summer of ’49 on his or her shelf, you’re probably OK. But if your significant other owns Weaver on Strategy or Dollar Sign on the Muscle, you should excuse yourself, because you’re dealing with a real nerd. (That said, if you don’t think I’m one decent bassist from headlining Glastonbury with an electro-synth power-pop foursome called Dollar Sign on the Muscle, you’ve got another thing coming.)

Weaver on Strategy, as the title might suggest, is a look inside the managerial genius of Earl Weaver, and serves as something of a proto-Moneyball version of Clausewitz’s On War.

In Strategy, Weaver discusses at some length how he was fond of breaking in rookie pitchers in a long reliever/spot starter role before introducing them to the rotation the following year.

The swingman role has all but disappeared from the modern game, where managers are chained to the concept of the one-inning reliever like Prometheus to the rock. But one wonders why there hasn’t been an imaginative, risk-taking team who’s taken to breaking in young pitchers this way.

After all, if you’re worried about Stephen Strasburg or Matt Harvey or Shelby Miller or Jose Fernandez blowing out their arms by pitching too many innings too soon, why not limit them to two- or three-inning relief appearances and five-inning starts? That way, you strengthen your bullpen and acclimate your young stud starter to the major leagues at the same time.

Even accepting the conservative tendencies of major league managers, there has to be a reason why nobody’s tried this with a top pitching prospect. I have a couple of theories:

First, once you send a top pitching prospect to the bullpen, there’s no guarantee he’ll be able to transition back to starting. Adam Wainwright went from starter to closer to starter, but in the cases of Joba Chamberlain, Neftali Feliz, Daniel Bard, and Aroldis Chapman, among others, it hasn’t worked as well.

Granted, the swingman role is different from a one-inning reliever’s, so maybe building up a starter’s stamina wouldn’t be as hard. But forcing, say, a 22-year-old to transition from the rotation to the bullpen and back is still a risk that teams are unwilling to take with such a prized commodity as a frontline pitching prospect.

Second, a big part of what differentiates a good starter from a reliever is the ability to get batters out more than once in a game by using varied pitches and approaches. So it might actually be better for a pitcher’s development to have to turn the lineup over three times in AA or AAA instead of just once in a two-inning relief appearance.

Third, if you’re going to limit a pitcher’s innings in the name of preventing injury, you’re probably not going to want to subject him to a long reliever’s schedule. Part of the reason most teams don’t carry a dedicated swingman anymore (in addition to the 12-man pitching staff making more relievers available than a manager can use) is that they don’t know when they’re going to need him. A team could go three weeks without having a starter get knocked out of the box early or without getting deep into extra innings, then encounter such a situation twice in three days. An organization with a potential no. 1 starter on its hands would probably want to keep that pitcher on a pretty rigid schedule rather than subject him to the uncertainty of a swingman’s workload.

Finally, just because a pitcher is young doesn’t mean he can’t be the best pitcher on the team, as Strasburg proved last year and Harvey and Hernandez, at least so far, are out to prove this year. Even if you’re committed to a strict innings limit, it doesn’t make sense to spend those innings on mop-up and emergency start duty. Good starting pitching is hard to come by, and when a team finds it, it needs to use it, even if there’s only going to be 150 innings’ worth.

Relief pitcher usage is one of the biggest potential areas for improvement in major league strategy and roster construction. But even with the opportunity to develop a potential star and help out the bullpen at the same time, the star-prospect-as-swingman concept might just be too risky.

Video: Behind the Scenes of 'NBA Countdown'