What Do We Really Know About Ryan Braun? 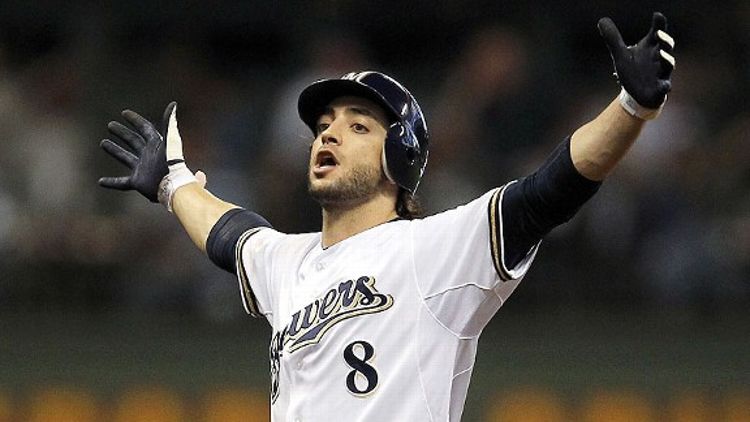 We don’t know what Ryan Braun did or didn’t take.

ESPN.com’s report says Braun tested positive for elevated levels of testosterone, found to be from synthetic sources. That report claimed the results were owing to Braun taking a performance-enhancing drug. A source close to Braun has disputed that interpretation, claiming Braun was indeed found to have elevated testosterone levels, but not as a result of taking a PED.

We don’t know if Braun will be suspended.

He’s appealing the case through arbitration. If the positive test is upheld, Braun faces a 50-game suspension, starting on Opening Day 2012. Several reports noted that no one has successfully appealed a positive test for PEDs. But that’s not necessarily 100 percent accurate. No case where the initial positive test result was made public has ended with an overturn. But since news of the Braun test first came out, several well-connected writers have talked of cases where news of an initial positive test was never made public.

We don’t know how reliable the tests were.

A source close to Braun said that when he was told about the positive test, he immediately requested to be tested again. That second test, using a different sample that was tested by Braun’s camp, the source said, was not positive.

Since this claim of a second test comes from Braun’s side, it’s tough to ascertain its veracity. If a second test did in fact occur and came up negative, we still don’t know when that second test occurred. Then there’s the issue of false positives. The lab that conducts the tests measures the ratio of testosterone as compared to epitestosterone. A typical T/E ratio for men is about 1-to-1. For MLB purposes, if the player’s ratio comes in above 4-to-1, that’s considered a positive test. This despite the fact that the number can fluctuate among certain men for reasons that have nothing to do with taking any illicit substances. Not to mention the risk of false positives in such tests.

So we’ve got conflicting reports, claims of conflicting tests, with one party making claims coming with a major conflict of interest. You have to figure Major League Baseball would have preferred this news not leak out until Braun had completed the arbitration process and a final verdict had been issued. It’s no wonder the league is refusing to comment now, with so much uncertainty still hanging over the case.

Beyond all that uncertainty, beyond the sense of disbelief and disappointment surrounding this case that was oddly absent when fellow Miami-area baseball product Alex Rodriguez was implicated in a PED scandal, beyond what this could mean for the Brewers, their NL Central rivals, your fantasy team, or even Braun himself, there’s one other thing we don’t know:

We don’t know if so-called performance-enhancing drugs actually enhance the performance of baseball players. And if they do, how, and by how much.

There’s a widespread belief among many baseball followers that PEDs bring gigantic benefits to those who take them. The most rigorous way to prove a theory is to conduct a proper double-blind randomized clinical trial. Give PEDs to 500 players, withhold them from 500 others, then track the results. That way you know who used and who didn’t use, and you strip out any possible placebo effect, where a player might gain confidence and possibly play better just by thinking that PEDs will help his performance.

Of course in the real world, this is impossible. That means we’re left with a whole lot of anecdotal evidence. A player puts on muscle through a rigorous workout regimen while cycling on a particular substance, and observers make definitive statements about how many more homers that player hit or how much higher his batting average was as a result of PED use. We believe ourselves to be experts, able to pinpoint when a player supposedly started using, exactly how much benefit he gained, and how we should thus evaluate his numbers. With players like Jeff Bagwell, the pseudo-analysis goes a step further, with hordes of writers declining to vote Bagwell into the Hall of Fame because he had big muscles, and some other players of his era were caught using, so … well … you know.

If you want to argue that a player deserves to be punished for taking a banned substance, so be it. If Braun’s positive test is upheld, I support the mandatory suspension that will be coming to him. Those are the rules, those are the known repercussions for breaking them, that’s what needs to happen.

We can’t be certain of anything else. Those who claim that players using steroids must mean those substances work assume some kind of medical knowledge on the players’ part, because of an unproven belief that they actually enhance performance. Those who see the offensive boom of the early-’90s to mid-aughts as the product of PED use ignore a multitude of factors ranging from a diluted pool of pitchers caused by expansion to smaller ballparks to strike zones the size of postage stamps.

Meanwhile, those who argue that Braun should be stripped of his 2011 NL MVP award ignore that others weren’t made to give up theirs after the fact. (They also ignore that Matt Kemp was a more worthy candidate who got screwed because he played with crappier teammates than Braun did.) As Baseball Writers Association of America secretary/treasurer Jack O’Connell told the L.A. Times: “The voters used the information they had at the time of the election. I don’t see how we can change that.”

For all the certainty out there, all the overwhelming urges to rush to judgment, we’re still left with this: Right now, we know nothing.

Rays Continue To Play ‘Let’s Make A Deal’ With Its Prospects
Is Albert Pujols Really Worth $250 Million?
Live! From Baseball’s Winter Meetings

About Last Weekend: And A Tebow Shall Lead Them