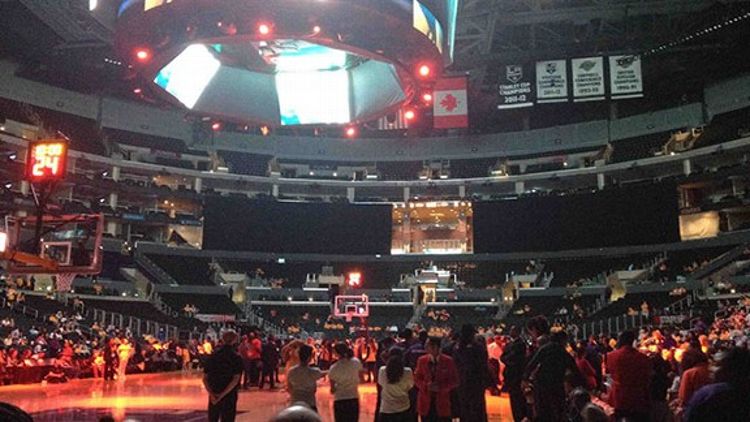 The management at my apartment complex guaranteed that I would have a good time Thursday night. They offered each resident complimentary tickets to Game 1 of the Sparks-Mercury Western Conference semifinals. Being a huge sucker for free sporting events and grabbing desperately for any reason to avoid doing the dishes sitting in the sink, I knew I had my night planned out for me.

A friend and I made our way inside, grabbed some nachos, and headed to our seats. Section 105? Row F? As in … floor? The closest I had sat prior was the second level, where everything on the big screen is much clearer than the action on the court.

I walked in just as Candace Parker was announced as the league’s MVP. I took a look at the roster and saw more than a few familiar names. As someone who covered Duke’s women’s basketball team in college, the names Lindsey Harding, Alana Beard, Nneka Ogwumike, Kristi Toliver, Brittney Griner, and Krystal Thomas all brought back a feeling of nostalgia and pride. 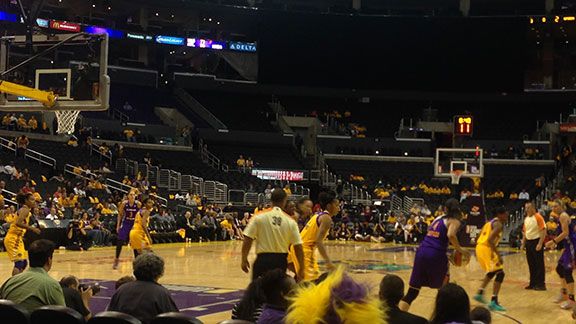 Seeing Griner was an experience in itself. The first and only time I had seen her play in person was in the spring of my freshman year at the NCAA Tournament in Memphis. It was her first year, too, and I remember being slightly unimpressed, thinking, With her build, why shouldn’t she dominate? Since then, I’ve followed her trajectory from freshman phenom to highly regarded prospect, and read the espnW/ESPN The Magazine profile of her with extra interest. She still seemed to be the slightly awkward yet dominant teenager I had watched at the FedExForum. Sure, her moves were more aggressive and flashier, but she was a little underwhelming. She had the same foul-trouble problems as before, and seemed distant and disaffected, something I had noticed then, too. It was a weird sort of déjà vu mixed with “I told you so,” with a little sad disappointment to boot. It was odd and strange and slightly relieving all at once, a sort of reassurance that hey, she might be way more accomplished than I’ll ever be, but three and a half years out, we’re both still adjusting to real life and slowly discovering who we are as people. It felt serene in an almost creepy, meta way.

I didn’t have too much time to reflect on all of this, though, because the Sparks were starting to light up the arena, and DJ Mal-Ski was busy asking us to clap our hands, yell, “DE-FENSE,” and do the Macarena. I quickly adjusted to fan mode and danced awkwardly to Cali Swag District during timeouts while waving my arms desperately for a free T-shirt. I spotted Shelden Williams and excitedly clapped for Derek Fisher, Floyd Mayweather, and Lisa Leslie when they were interviewed. 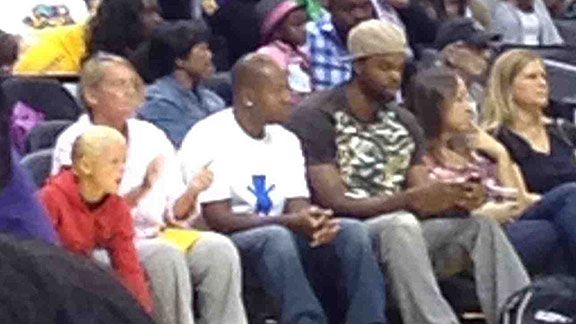 The fan in me didn’t take long to come out, and I soon began using the too-familiar “we” for a franchise I had decided to make my own 12 minutes before. I bemoaned the Sparks’ defense, grumbled at ill-advised jumpers, and shot death glares at Diana Taurasi and Candice Dupree.

I had gone from about a 2 to an 8 on the investment scale, and by the time I realized I was yelling about charges and turnovers and again, defense, it was too late. The Sparks were rapidly falling, Taurasi’s shots kept falling in, and the fans were ready to slowly fall out. A five-point halftime lead turned into an 11-point loss, and when that final buzzer sounded and they asked for the crowd to turn up again for a (possible) Game 3 at home, I grabbed my stuff and turned away from what ended up not being the happy ending I had hoped for.

Stepping outside of the Staples Center to face Gretzky, Magic, and Kareem, though, I realized the experience wasn’t half-bad. In fact, it was quite the opposite. And hey, who can argue with a guaranteed good time when that includes an introspective moment and a free T-shirt?