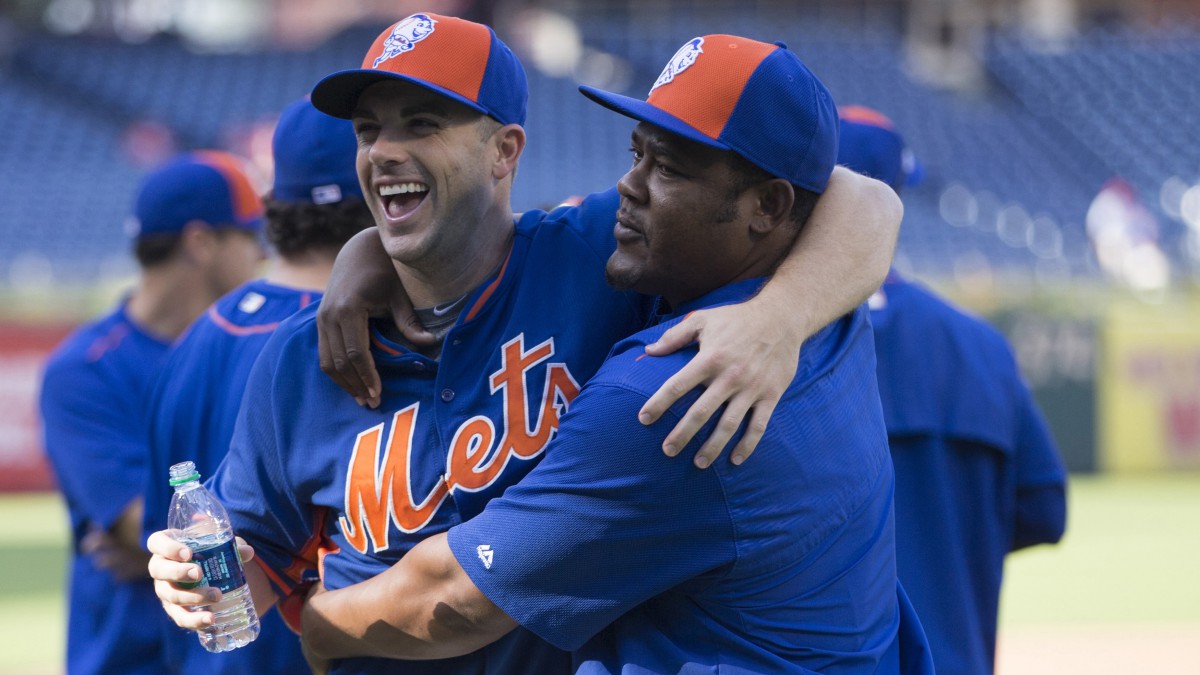 Recently the food and restaurant website Eater featured a punishing yet courteous retrospective of Morimoto and Buddakan, two ostentatious expense-account-’n’-bachelor-party monstrosities that “were born in a different era,” having opened in 2006, “when New York was riding the tail end of its Second Gilded Age.” The city was turbo-charged back then; everyone just wanted in: to Meatpacking nightclubs, to at-capacity quantitative hedge funds, to preschools with panache, to Shea Stadium for the postseason.

Those playoffs represented the almost-culmination of a charmed season, of an era of superlatives. Earlier that year, in May, the New York Times’s Frank Bruni had declared Buddakan “the apotheosis, at least for the next 60 seconds, of a distinct genre: the post-millennial urban mess hall as supersize cocktail lounge with superstylized dishes.” Later that month, Sports Illustrated was similarly breathless in declaring 23-year-old Mets third baseman David Wright the Prince of the City: “a combination of talent, poise and personality that hasn’t been seen in a homegrown Met since Tom Seaver’s heyday in the 1970s.”

The article quoted a former coach of Wright as saying that “if you were going to start from scratch and design the perfect New York ballplayer, David is the kid you’d come up with.” It quoted a Mets chat room enthusiast describing him as “pure Eros and moonbeams,” which sounds like something cribbed from a pre-recession restaurant review.

It’s nearly a decade later, and the New York Mets are trying to get back into the playoffs for the first time since that fall of 2006. On the one hand, if you’d told any Mets fan before this season that the team would hold first place in the NL East in the dog days of August, they’d eagerly take it: This was predicted to be a year of angling, of getting pieces in place, of letting Matt Harvey rediscover his form following Tommy John surgery and building thoughtfully from there. On the other hand, Mets supporters have grown conditioned to be wary of their franchise’s recent success. After the 2006 season, after all, came 2007, when the team blew a seven-game cushion in 17 games to miss the postseason — as it would for the next seven years.

Still, the Mets’ play of late has been marked by a whimsical allure that has brought joy to even the most Eeyoresque of Amazin’ observers. Harvey has been supplemented and at times borderline supplanted by Jacob deGrom and Noah Syndergaard and their flowing, luscious locks. The trade deadline went from humiliating to holy shit with the tearful retention of Wilmer Flores and the rub-your-eyes pickup of Yoenis Cespedes. Even a recent slump failed to get anyone too down, coinciding as it did with a string of losses by the neck-and-neck Washington Nationals.

The Mets, who earlier this season failed repeatedly to muster even a small bit of offense to support their pitching staff, have now scored 55 runs in their past five games. And perhaps the most significant of them all came off the bat of captain David Wright, a sentence that just a few months ago seemed unlikely to ever be uttered again.

Wright hadn’t suited up for the Mets since being put on the DL with an increasingly mysterious injury in mid-April, and it seemed highly ominous when the Wall Street Journal’s Jared Diamond tweeted on June 2 that manager Terry Collins, Wright, and GM Sandy Alderson would address the media that evening. “Read what you will,” Diamond wrote, and it was hard not to read the worst.

Wright’s diagnosis had shifted from a hamstring problem into spinal stenosis, a chilling pair of words that famously haunted guys like Don Mattingly and Lenny Dykstra and, last summer, ended the promising football career of then-23-year-old New York Giants running back David Wilson. But when the three men finally did speak on June 2, it was with decent news: While no timetable had been set for his return, Wright was expected to be back sometime this season.

The return finally took place Monday, with the Mets in Philadelphia to play the lousy Phillies. In September 2013, Wright had come back (from another hamstring injury) at Citizens Bank Park to knock in a two-run homer in his first at-bat. And Monday, there was more where that came from. Before the seconds arrived, there was dessert. When the Mets got to their hotel for the Philly series, Wright was waiting, in full uniform, for everyone with a spread of locally baked cookies. (He said he considered wearing even his spikes for the presentation, but decided against it.) On Tuesday, the TV broadcast team noted that most players availed themselves of Wright’s offerings, but that deGrom opted for a room-service burger instead — a burger that ultimately “didn’t sit well with him.” The moral of the story: Always trust content, and confections, from David Wright.

Perhaps queasy from his meal, deGrom struggled uncharacteristically early in Monday’s game, and by the time Wright came to the plate to bat cleanup in the second inning, the Mets were already trailing 3-0. Wright proceeded to connect so squarely with the 1-1 pitch that if you were just arriving at the stadium you would be forgiven for assuming you were catching batting practice. The ball landed in the upper decks for a solo home run, and the roar inside the park from infiltrating South Jersey Mets fans made the place sound like a New York home game. By the end of the night, the Mets had set a new franchise record with eight single-game home runs and Wright had gone 2-for-5 with three runs scored.

“I almost pulled a Wilmer Flores out there,” Wright later said of the emotional moment.

It wasn’t a wholly perfect evening by any means for the captain, who in contrast to his offensive fireworks committed two errors at third base. (On Tuesday night, in another Mets comeback win over the Phillies, he looked shaky at third once more.) But it was beautiful nonetheless, one more lasting moment created by a guy who is the only real link to the last time the Mets did anything memorable. New York was a different city then — but then again, New York always is.

Four years ago, Mets owner and Bernie Madoff money-loser Fred Wilpon sat with New Yorker writer Jeffrey Toobin and ran his mouth while taking in a game at Citi Field. “A really good kid,” he said of Wright, as the increasingly embattled third baseman came up to the plate. “A very good player. Not a superstar.” (In classic Wright fashion, he replied to the slight by saying that his parents had texted him that he would always be their superstar.)

Wilpon’s comment had some truth, but it created a minor firestorm; after all, this was before Wright opted to re-sign his lease. Ultimately, though, he agreed to a $138 million, eight-year deal through 2020 with the Mets, trusting that the team he’d grown up with would evolve for the better, would develop those blighted areas, would rebound once again.

There are 37 games left, plenty of time for the Mets to blow it once more. Maybe they will, but if they do, it will feel out of character for this cast. Wright will never be the player he seemed likely to be in 2006, when everything within and around him was marked by limitless potential. But he’s the one player the team’s got who can remind everyone of that silly, giddy Second Gilded Age. There’s nothing more New York, after all, than the guy who has been there and done that, than the tenant who stubbornly refuses to budge.