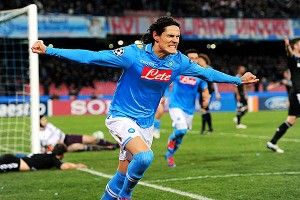 This Is The End Of English Rule

False: It is incredibly likely that no English clubs will advance to the quarterfinals of the Champions League. Arsenal have an insurmountable deficit to make up against A.C. Milan and Chelsea will have to play out of their skins to stop the rampaging counterattack of Napoli. With the two Manchester clubs already going out of the competition in the group stage, it would be easy to conclude that England’s stranglehold on the Champions League is loosening.

I think this is more a matter of coincidence than a sea change. United played key late group stage matches during a slump, City had the toughest group, Arsenal were probably punching above its weight class and Chelsea have forgotten how to punch altogether.

The money is still in England. The European football applecart might be getting upended by relative minnows like Napoli and FC Basel, but rest assured, we will likely see some of the better players on those clubs plying their trade in England next season. Follow the money and you’ll eventually wind up in the Premier League.

True: Franck Ribery in the 2006 World Cup, Andrei Arshavin in Euro 2008 and Paul the Octopus the 2010 World Cup. When the eyes of the world — especially the media and directors of football from Europe’s major clubs — are trained on one competition, new stars have a tendency to shine.

If you’ve watched any Serie A recently, then the bird-of-prey-like figure of Edinson Cavani swooping down on a goalkeeper is a familiar sight. But for the more casual fan, the Uruguayan’s dominance of the game might be more of a surprise.

Cavani torched an admittedly over-matched Chelsea defensive line, scoring one (albeit with his arm/chest) and setting up another. After not playing particularly well in this past summer’s Copa America, it’s wonderful to see El Matador attracting the plaudits he deserves.

This Is Still Barcelona’s Trophy To Lose

True: Both literally (Barca are the defending European champions) and figuratively. It is a tribute to the reputation of Pep Guardiola’s team that, despite being 10 points behind Real Madrid in La Liga, Barcelona are considered the prohibitive favorites in this tournament. Watching Lionel Messi and Co. dismantle Bayer Leverkusen (or perhaps I should say Alexis Sanchez and Co.), it’s hard to imagine anyone beating them over two legs.

What We All Want Is A Real Madrid-Barcelona Final

False: First off, the suits at Bayern Munich don’t want that. The final will be played at the Allianz Arena, Bayern’s home ground. Honestly, I don’t want it either. Barca and Madrid already have a duopoly on the Spanish domestic league, we deserve a little variety in our football lives. Frankly, I can’t think of anything more exciting (save, like, a sequel to Independence Day and a bona fide cure for hangovers) than Napoli versus Barcelona in the final.