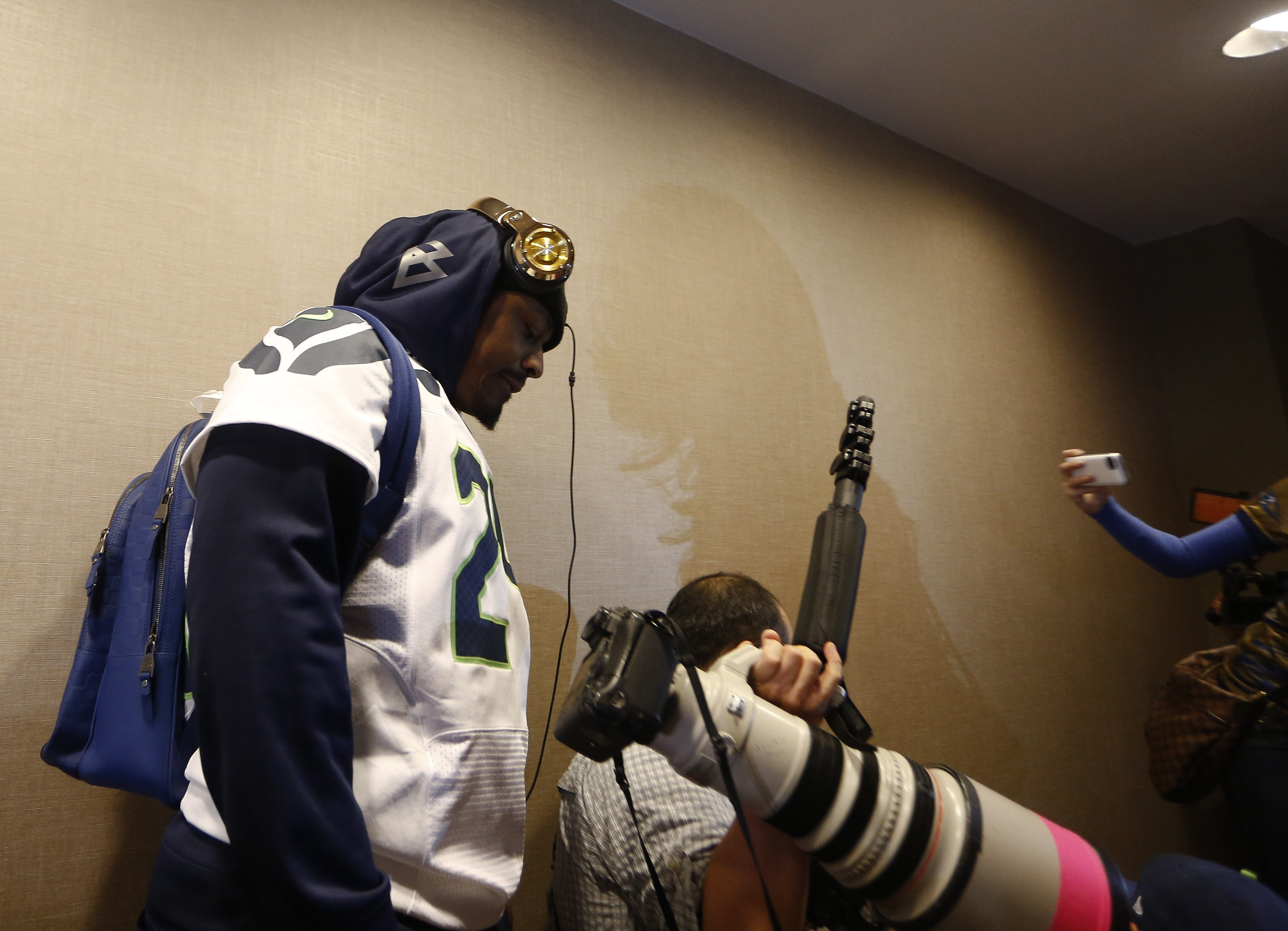 NFL Super Bowl media day happened yesterday, and the biggest piece of (non-) news to come out of it is that Marshawn Lynch was tight-lipped (as usual). The running back lasted exactly six minutes and 47 seconds before calling it quits. Andrew Sharp was at the scene and has some lessons to impart on our dear readers.

For updates on college basketball, hockey, and the NBA, read Spike Friedman’s “About Last Night.”

Ken Belson at the New York Times wrote about EA Sports’s Madden NFL games, their history, and the technology behind the hyperrealism you see when you grab that controller.

Also, this tweet from Andy Murray is quite outstanding:

3 things.. I don't smoke grass, I'm not getting married(yet) and I don't want to kill rafael Nadal..

There’s a very exciting NBA game that you will not want to miss. The Thunder visit the Heat at 7 p.m. on ESPN for a redux of the 2012 NBA Finals. LeBron James vs. Kevin Durant should be enough to make you park yourself in front of the television set and bask in the glory of grade-A basketball. Also on the schedule for tonight is Rockets-Mavs and some other less-exciting matchups.

Tonight in college basketball, you can catch quite a few top-25 teams playing, though none will be all-too-thrilling. Both Arizona and Syracuse are playing on ESPN networks, so you have a chance to watch the top two teams, as well as no. 16 Iowa State and no. 6 Kansas in the only game between two ranked teams tonight. Here’s the full listing.

The NHL Stadium Series returns, and the Rangers and Islanders will be facing off at Yankee Stadium at 7:30 p.m. on NBCSN. The game itself likely won’t be too exciting other than that it’s being played outdoors, but you can catch Rick Nash, John Tavares, and Henrik Lundqvist, so that’s cool. The full listing can be found here.