Things Blake Griffin Killed When He Dunked on Kendrick Perkins 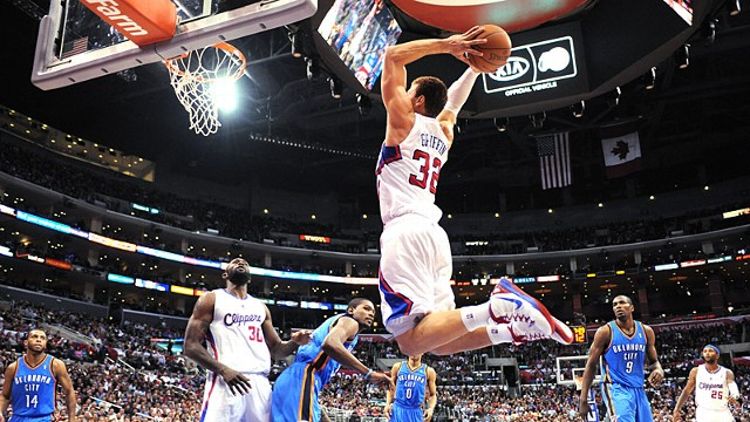 Dubstep; the country’s white-collar crime problem; White Collar; fusion cooking; anything but the official “Rack City” remix; boundaries; borders; physics; the possibility that the children of Griffin and Perkins will ever marry; Kevin Garnett’s concept of how the world works; Ubuntu; LeBron James’ dedication to biking to work; the Kobe System; systemic forces of oppression; the chance that Brandon Jennings and Perkins will get lunch anytime soon; the song “Bad Day“; David Guetta remixes; the guy in the blue sweater and glasses sitting over to the left, who is losing his shit; people who text while driving; Boyd Crowder; Al Swearengen; people who didn’t give The Wire any awards; the war on drugs; war; NBC’s Community.

Rest in peace, all that stuff. One good thing did come of all this death Monday night: Timofey Mozgov’s soul is now allowed to join his body in Denver.

Be free, Moz. Your work here is done.