The World Inside the World: The Shadowy Transfers of Neymar and Juan Mata 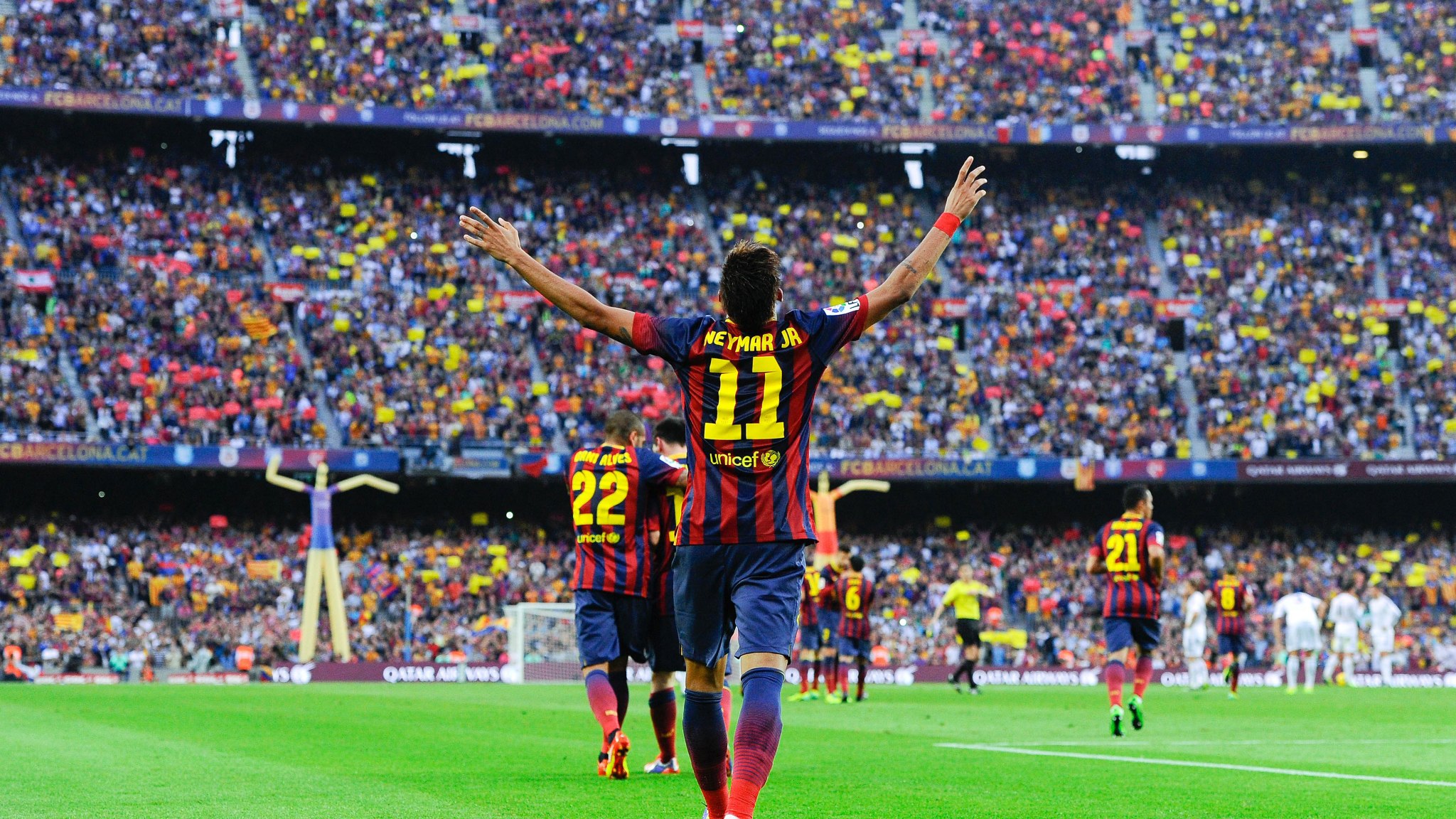 Imagine this for a second: It’s the end of 2010, and Pat Riley is holding a press conference. This should be a moment of celebration for him, a victory lap. In the offseason, he lured LeBron James to Florida, away from the Cavaliers and James’s home state of Ohio. The move enraged fans and rival executives, but it seems to be paying off, as Miami has been steamrolling teams, winning 12 straight. So why is Riley sitting behind a microphone, looking as if he just saw a ghost?

What would our sports media have done if it turned out James had made his “Decision” partly because of a complex series of payments made to companies owned by James’s mother? Try to imagine a world in which Pat Riley, president of an NBA team, is forced to step down over the free-agent signing of James. The nominal head of an ever-expanding global brand, forced into exile over the acquisition of one of the rising stars in world sports — it’s impossible, right?

And yet, that’s pretty much what happened last week in the world of soccer, when Sandro Rosell, president of F.C. Barcelona, resigned over the transfer of rising Brazilian football star Neymar.

When I first got into European football, I was immediately smitten with the not-so-secret but widely misunderstood world of transfers. I was enamored of the stories of agents, clandestine meetings, mobile phones vibrating, antiquated faxes buzzing, work permits being attained, Twitter direct messages being screen-shot, hints dropped in press conferences, mind games played in postgame interviews, whispers of managers sending emissaries to scout players in foreign countries, signing-on fees, and millions of euros being distributed over installments — an elaborate puzzle coming together with a player wearing a new kit, kissing a new badge, claiming it was always his dream to do such a thing, all of it reaching its crescendo with the absurd theater of transfer deadline day.

Whenever this time of year rolls around (it’s a biannual occurrence), I think of the line in Don DeLillo’s Libra: “There is a world inside the world.” There is something so intriguing about the world of transfers. A good transfer story can be like a good spy novel. And the Neymar transfer is Tinker Tailor Soldier Spy.

When a transfer happens, there are usually two versions of the story, and neither of them are true. There’s the version the clubs want you to know, that two companies engaged in a business transaction and exchanged money for the rights to a player. Then there’s the version that appears on the margins, in whispers, in gossip columns and tabloids, and in investigative pieces — in the world inside the world.

Clubs work hard to make it appear as if they “won” a transfer. Take, for instance, Juan Mata’s recent move from Chelsea to Manchester United. For Chelsea, this was a humanitarian gesture. Blues manager Jose Mourinho was granting freedom to a faithful servant of the club. Mata wasn’t going to unseat Oscar or Eden Hazard in the Chelsea starting lineup, and that lack of playing time could hurt his chances of going to the World Cup with the Spanish national team. Selling Mata to United, for the tidy sum of £37.1 million, was an act of kindness. The move also, superficially at least, helps the club conform to Financial Fair Play rules. Mata was a two-time club player of the year. They sold him to a rival that was no longer in contention for the Premier League title and made a £14 million profit in the process. The fact that Mata would play for a now-improved United team that still had matches against Chelsea’s chief competition for the Premier League title — Arsenal and Manchester City — didn’t hurt either. 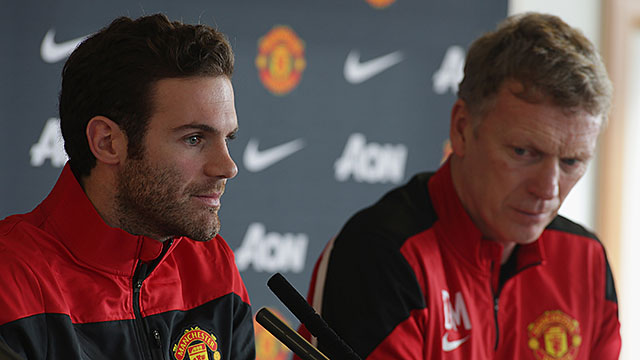 For United, the Mata deal meant the club was not, in fact, a debt-ridden ghost ship abandoned by its red-nosed captain and taken over by two bumbling deckhands in over their heads. Just because Sir Alex Ferguson had moved on to the lucrative world of autobiography authorship and, um, watching Manchester United games, that didn’t mean manager David Moyes and CEO Ed Woodward couldn’t complete a big-money transfer for a world-class talent. United is one of the biggest, richest, most popular clubs in the world, and they still have the ability to draw talent worthy of the stage, with or without Ferguson.

So, which version of the Mata transfer is correct? Well, the fun part of transfer stories isn’t the answers; it’s the questions. So I’ll repeat some that many other writers more intimately familiar with the two clubs have been asking: Why did Mourinho never take to Mata in the first place? Mata was beloved within the club and among its fans, and, oh yeah, he was pretty good on the field, too.

Is the Mata deal a symbol of Mourinho’s consolidation of power at the club? (No doubt one of the things he asked for when he returned to Chelsea, from Real Madrid, was more control.) And what about United? What does this deal have to do with the future of Wayne Rooney at the club? And how much input did Rooney have on the signing? How much of this deal was about making a huge signing to buy Moyes some time? And did Moyes even want Mata? He was quite open about looking for a left back and a central midfielder. Mata is very good, but he’s neither of those things.

And what about the most amazing tidbit, reported by the Guardian’s Daniel Taylor, that this deal was conducted and concluded without any direct contact between the two clubs? This was, allegedly, a nearly £40 million transaction, yet it’s possible the two entities involved never directly communicated.

See? This is very complicated stuff. With these deals taking place behind closed doors, without much transparency, fans are left to speculate and to wonder whether the people in charge are being honest about the clubs’ dealings.

That is, unless those fans happen to be members of F.C. Barcelona. In that case, the fans can just ask. That’s why Sandro Rosell is out of a job right now. Which brings us back to Neymar.

The Neymar Affair, to give it a Robert Ludlum title, was brought about because Jordi Cases, a pharmacist and Barcelona soci (member), wanted to know more about the summer deal that brought the incredibly talented Brazilian to the Catalan club. Barcelona had claimed they paid €57.1 million for Neymar, beating out Manchester City, Paris Saint-Germain, and, most importantly, Real Madrid for his services.

It’s increasingly common for players, especially South American players, to have their economic rights owned by a third party.

In the case of Neymar, things get weird because the “third party” was his father. According to Sid Lowe’s masterful breakdown of the transfer in the Guardian, Neymar’s Brazilian club, Santos, was paid €17 million, while the company that held his economic rights — N&N, a company owned by his father — was paid €40 million. You can imagine how complicated it is to define a payment made to the holders of Neymar’s economic rights when said holder is in fact Neymar’s old man. Isn’t that, in essence, a payment to Neymar? Cases’s complaint — which he could make because, not unlike the Green Bay Packers, Barcelona is owned by its supporters — became a prosecutor’s investigation, and the rumor mill became an angry mob, leading to Rosell’s resignation last Friday.

Since then, Barcelona has revealed that there was also money in the deal earmarked for Neymar’s charity foundation and for Neymar’s father’s services as a scout for Barcelona. When all was said and done, the cost of acquiring Neymar was closer to €86 million, before you factor in his wages. For Rosell, the cost was even more profound. He was accused of “hiding” how much it cost to  buy Neymar. And the outrage at that trespass was enough to make him stand down as club president.

As with the Mata deal, there is a lot happening out of sight in this transfer as well. Rosell claimed the controversy surrounding the transfer was the work of Barça’s rivals — Real Madrid or someone else, it’s unclear. You can look at the enemies Rosell has made over the years — former president Joan Laporta, former manager Pep Guardiola, and club icon Johan Cruyff (pretty much the three worst possible people to piss off at Barcelona) — and it’s not tough to imagine all sorts of people who wanted to see him out on his ass.

What makes the Neymar deal special isn’t that there are questions surrounding it, but the fact that those questions could be asked, out in the open, in the first place. And even more so, those questions, if asked by a club member, have to be taken seriously. Barcelona trumpets itself as being more than a club, and in many ways it is, and in many ways that image is bullshit and they have oil money running through them, just like many of the world’s richest football institutions. Maybe they’re not more than a club — maybe they are just a club, at heart. A team, and the fans who love it. And that’s what makes them special. It’s hard to imagine anywhere else in the football world — or the sports world, for that matter — where a matter like this, raised by a club member, could go this far, and have this kind of impact.

I’m sure there are some Manchester United fans who would like the chance to question the Glazer family about their management of the club. In fact, I know there are. I’m sure if Juan Mata fails to impress David Moyes (it’s hard to imagine this happening), some people will ask louder questions. And I’m sure there will be still others whispering answers, somewhere in the corners of the world inside the world.

For the first time in the history of college sports, athletes are asking to be represented by a labor union, taking formal steps on Tuesday to begin the process of being recognized as employees, ESPN's "Outside The Lines" has learned.