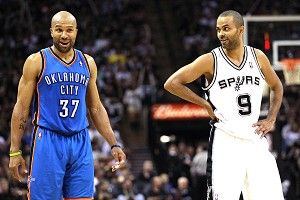 Filed Under: France, NBA Playoffs, Tony Parker, We Went there