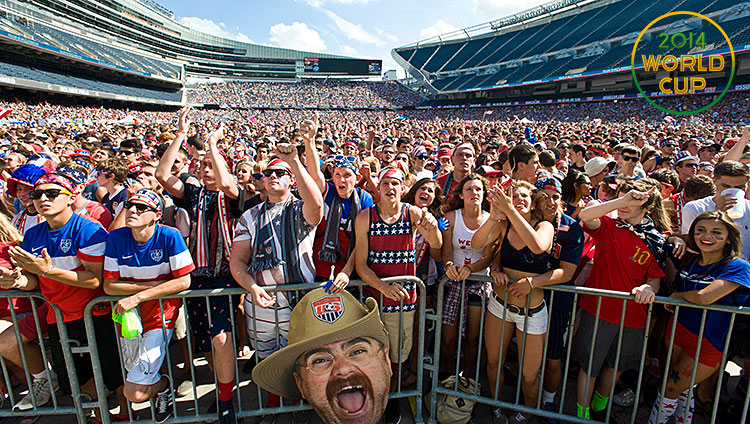 Our team is dead, long live our team. The U.S. has gone home, but that doesn’t mean the soccer fun is over at the World Cup. With the quarterfinals starting on Friday, here’s your guide to picking a bandwagon to jump on for the rest of the best World Cup in recent memory. 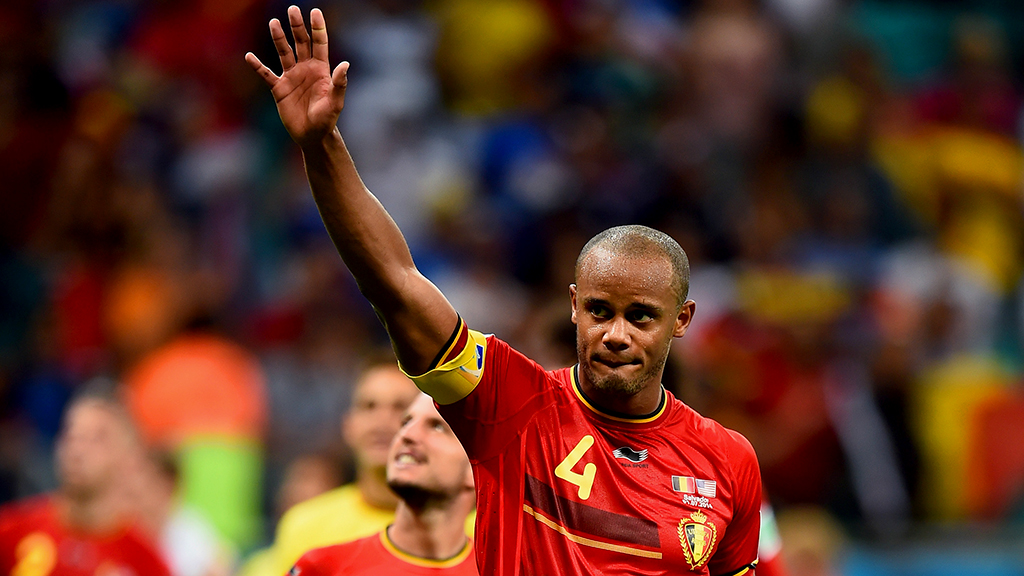 This doesn’t really need to be said, but jumping on the Belgium bandwagon is a bad idea. Yes, there’s that argument that you want the team that beat you to win it all, but weigh that against ‘Nam-style flashbacks you will have every time Kevin De Bruyne turns toward goal or Romelu Lukaku lowers his shoulder. I can’t imagine being the kind of person who picks Belgium as his new team, though I guess all of you trolls out there have to come from somewhere. Belgium: team of the trolls. For everybody else, please, for your own health, keep rooting against Belgium. 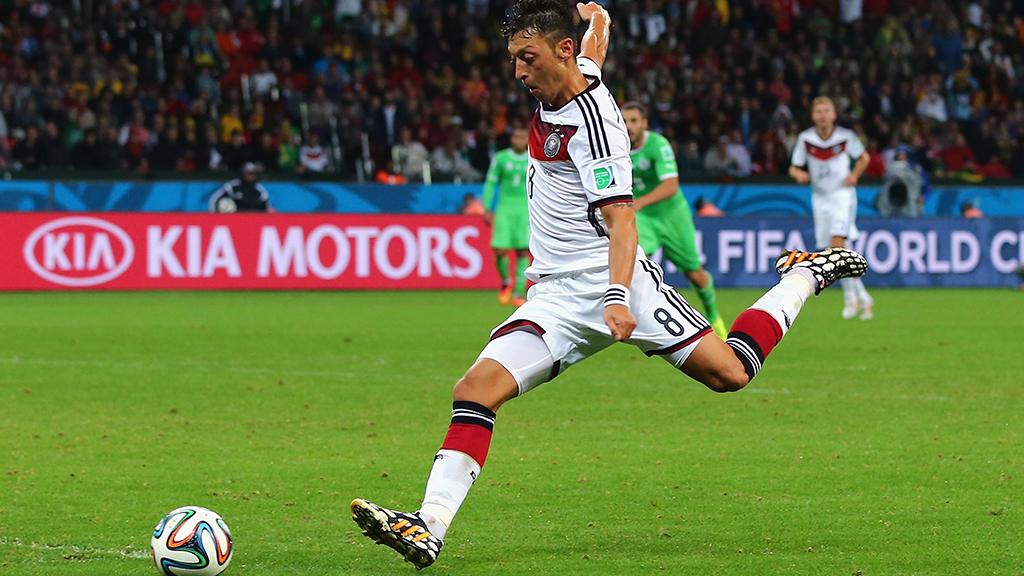 What started off as a strange, “no fullbacks” experiment seems to have metastasized into the tactical focal point for Germany. Let’s be honest, if you’re adopting a German team for the home stretch of this tournament, you want an indestructible machine. Offensively they’re pretty close to perfect, and Thomas Müller has continued to be amazing. Just know that you’re also going to be subjected to lots of awkward big guys trying to defend French wingers in acres of space. And really, who wants to run the risk of rooting for a team the French make look silly? 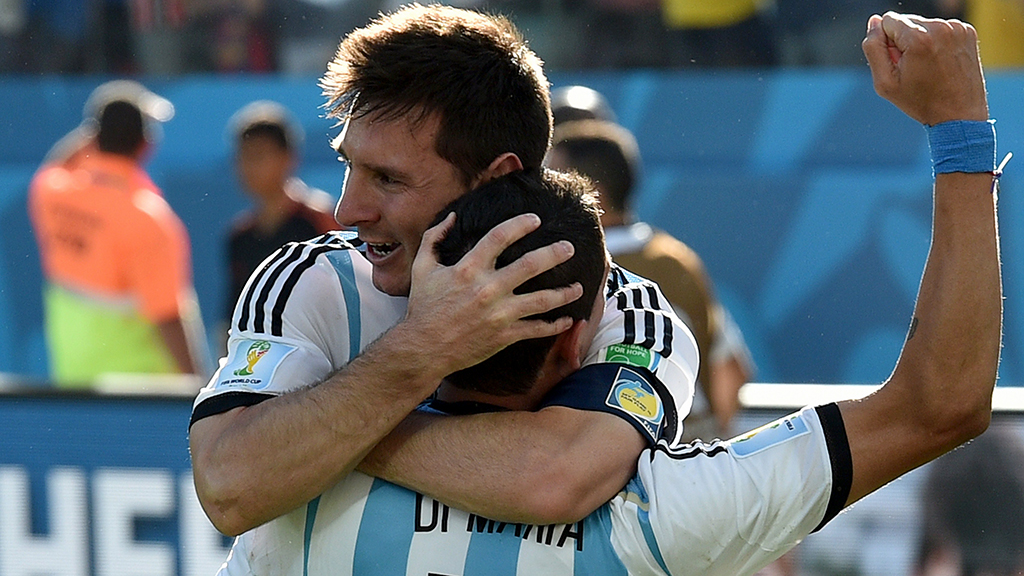 Do you miss Larry Brown and Allen Iverson? Does watching one guy dribbling about while his teammates stand around and watch him make stuff happen float your boat? Then Argentina is for you. They were one of the most highly touted squads in the world going into the tournament, but they’re broken right now. All they are is 10 guys standing around waiting for Lionel Messi to be amazing. The irony of this is that lots of other players on Argentina are, at least in theory, very good players. Guys like Gonzalo Higuaín and Javier Mascherano are world-class, but for all they are allowed to contribute, they might as well be you and me. It’s not fun to watch. But Messi is Messi. And for all of Argentina’s faults, Messi is so good that he BREAKS THE GAME. That’s Argentina: Come for maybe the best ever, stay for the incredibly boring games. That’s how a Messi-led team is only the sixth-best to adopt in the World Cup. 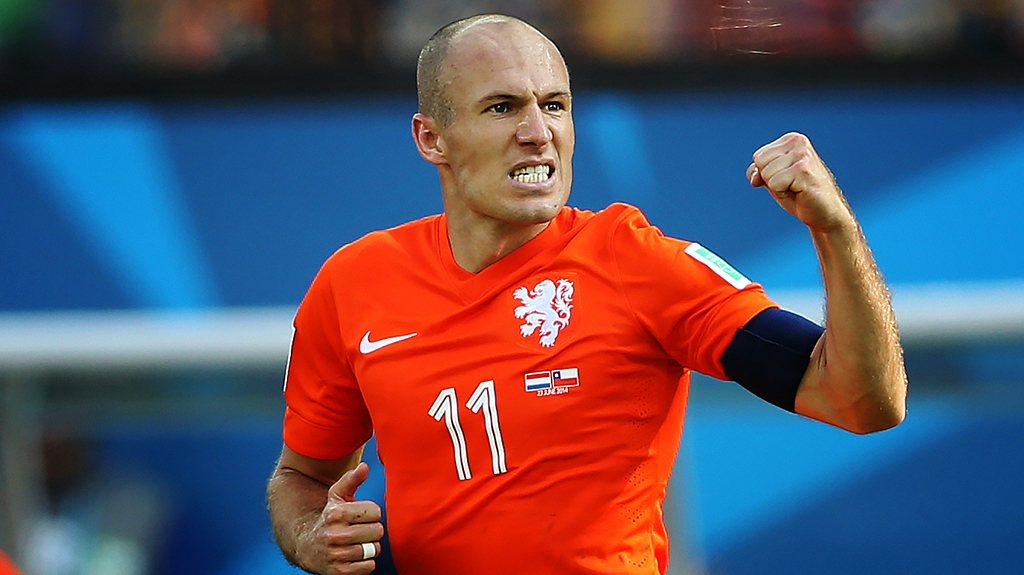 It’s an inexact comparison, but this Netherlands team approach is something that the U.S. might seek to emulate. It’s not about the formation (which uses three center backs) or the method of defending (which is a rarely seen man-marking system). Rather, it’s the style of defending in the midfield, and getting the ball forward quickly to a physically gifted athlete in Arjen Robben and a technically gifted one in Robin van Persie. The Netherlands have a unique mix of grit, athleticism, and technique that wouldn’t look out of place if the jerseys were red, white, and blue. They aren’t for everyone, though, and you really have to make peace with yourself over the whole flopping thing if you want to stand behind Arjen Robben (if you stood in front of him, he’d probably kick your leg and then fall over in pain). Still, every budding soccer fan should try embracing a master of the dark arts on for size. You might be surprised at how much you like it. 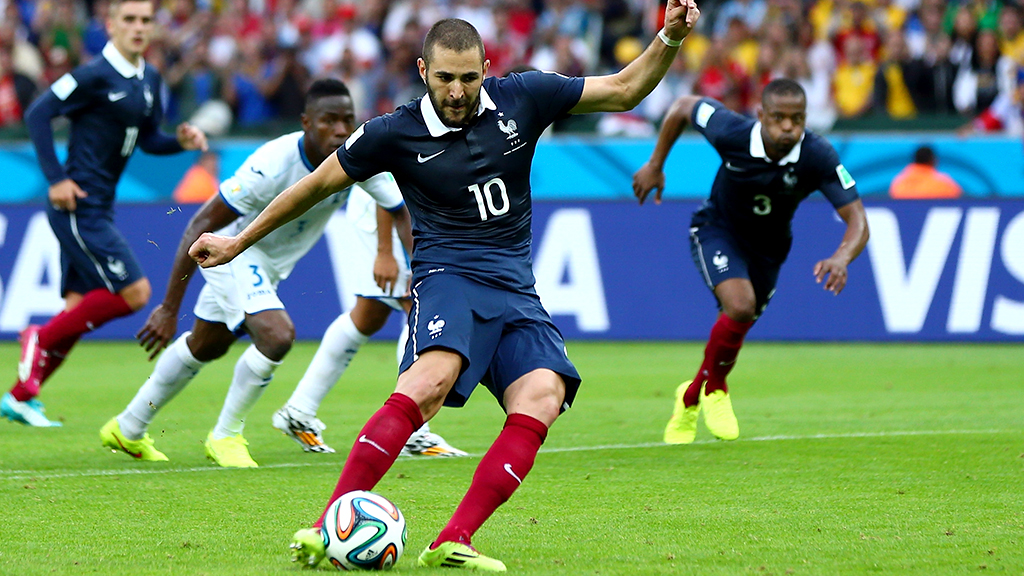 If athletes and awesome nicknames are your thing (basically, if you’re an American sports fan), you can’t go wrong with France. They have Paul Pogba, whose praises have recently been sung all over Grantland. If you combined the Platonic ideal of an American athlete with the Platonic ideal of a European central midfielder, you’d get Pogba. They also have Mathieu Valbuena, who stands all of 5-foot-6 and apparently has the awesome nickname of “The Little Bicycle.” It doesn’t get any better than that. Plus, this France side has the added advantage of not playing particularly, well, French. They create tons of chances, have speed down the wings, and generally play a fast-paced, attacking, attractive brand of soccer. 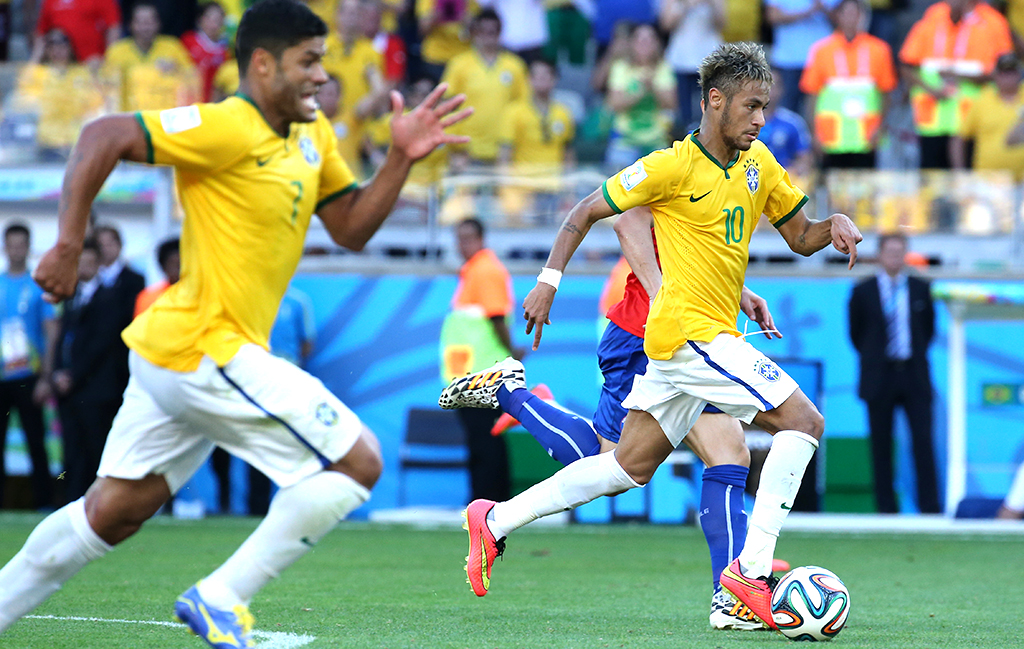 There are a lot of reasons not to root for Brazil. It’s no fun just jumping on the favorite’s bandwagon. They don’t actually play very attractive soccer. They’ve quietly switched from the 4-3-3 system that made the best use of their personnel to a 4-4-2 that partners Neymar with Fred and leaves the lumbering Hulk as an out-and-out winger. And the results have been questionable at best. So why root for Brazil? If you are at all uncomfortable with seeing grown men become emotionally shattered, then rooting for Brazil isn’t a choice, it’s a moral obligation. The pressure on this collection of 23 athletes is extraordinary. It is beyond what we are used to seeing athletes deal with. In moments of stress, like in the penalty shootout with Chile, it can actually be physically uncomfortable to watch these guys. You can see just how heavily their country is leaning on them. It’s all just a little too real for sports. There are a lot worse things than rooting for them to succeed. 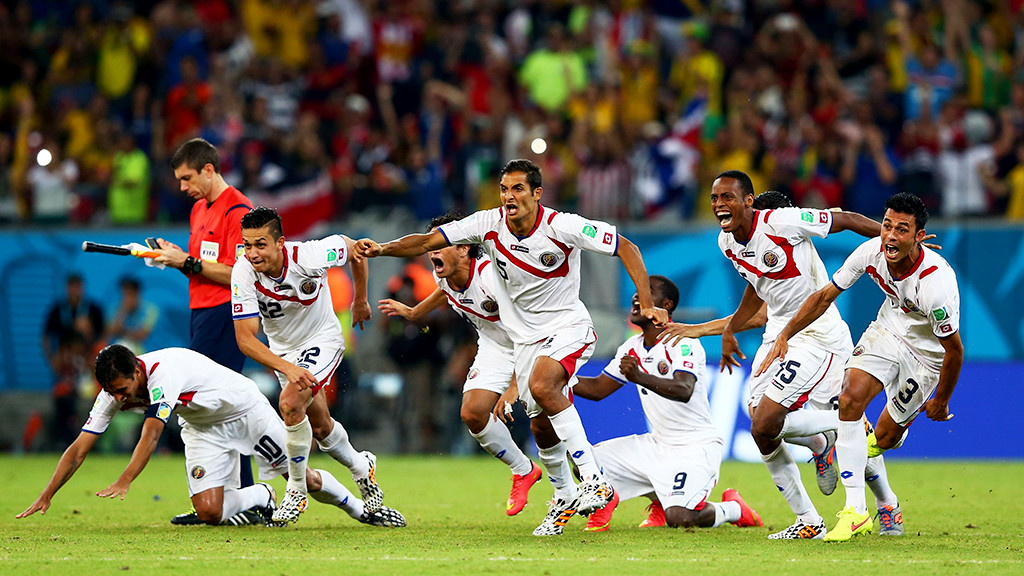 There’s nothing better than an underdog. Costa Rica also happens to be a fun and interesting team. Some underdogs can be boring to watch, as they endlessly defend and hope to get lucky (thankfully, Greece and — to a lesser extent — Switzerland are gone). That’s not Costa Rica. They play a weird style (three central defenders with an off-side trap, which is very unusual) and are fully capable of attacking at speed while also maintaining possession for stretches. Easy enough on the eyes to watch and extremely unlikely to win, Costa Rica is the perfect awesome lost cause. 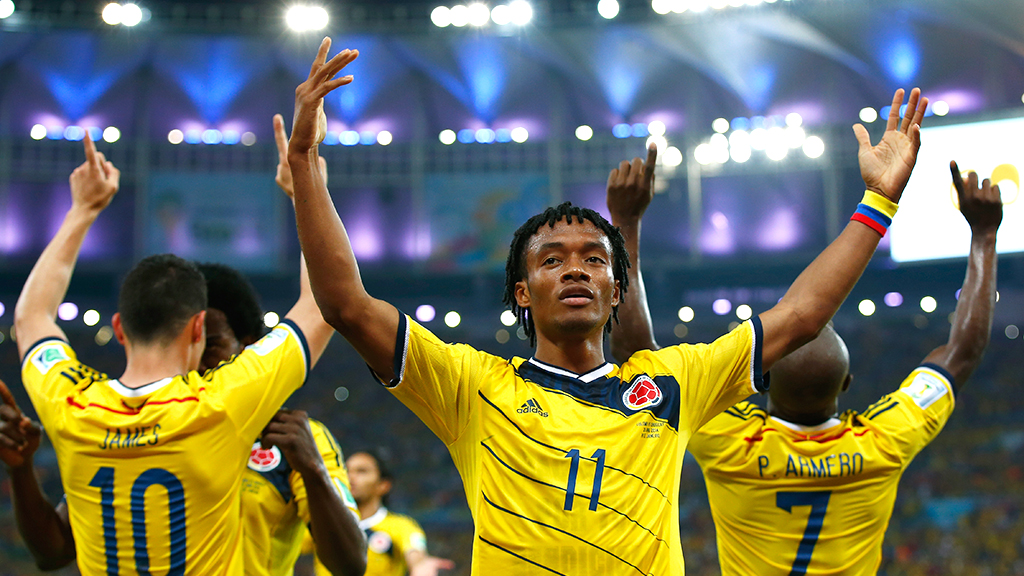 They score lots of goals. And dance after they do it. They have the breakout star of the tournament in James Rodríguez. They defend aggressively and attack with style and flair. They have a coach, José Pékerman, looking for redemption on the international stage after being blamed for Argentina’s loss in the 2006 World Cup quarterfinals. Given how they’ve looked so far, they could absolutely win the tournament. That said, they have to face Brazil, and after playing their first four matches in what was essentially a home environment, Colombia is about to compete in about as hostile a setting as you can imagine. And, while they’ve certainly looked better than Brazil, it’s also worth noting that the hosts may have played three teams — Mexico, Croatia, and Chile — that are better than any of the four that Colombia has played. Appearances can be deceiving. Colombia is not a team for the faint of heart. Adopting them is pretty risky but could lead to tremendous rewards. Which is fitting, since that’s exactly how they play.