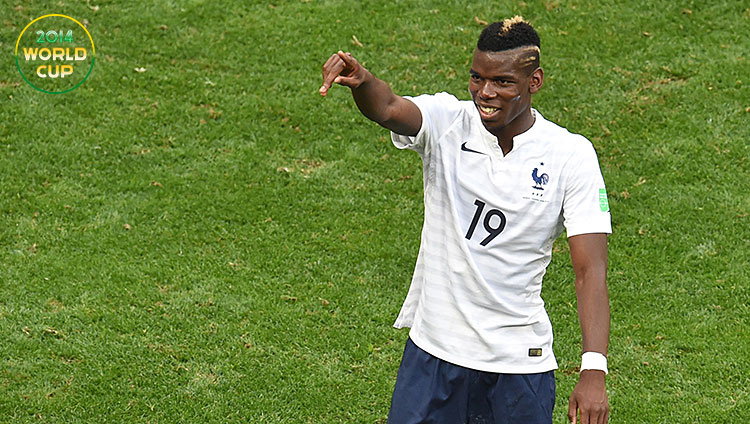 Here is a brief introduction to Paul Labile Pogba, who is 21 years old:

And I’m really just tempted to not write anything else because how the hell do you put something like this into words?

But the brief on Pogba is thus: grew up outside of Paris, joined Manchester United at 16 under allegations that the club had, in effect, bribed his parents, played three games for the Red Devils in three years, refused to pen a new contract in 2012 because, he says, Sir Alex Ferguson “didn’t show me enough that he wanted me in his squad,” joined Juventus on a free transfer, was painted in the press by his former coach as a bigger problem than he was worth, and then promptly became one of the best midfielders on the planet.

There does seem to be this weird inability, in some corners, to accept Pogba for what he is — a beautiful hybrid of Patrick Vieira and Steven Gerrard — as if there has to be some kind of catch for someone this young to be this good, that he must be another enfant terrible. Part of that surely stems from Ferguson’s comments (when Pogba was, again, 19), France’s recent teamwide tendency toward self-destruction, and the fact that (sigh) Pogba is a singularly talented black man with awesome hair. While, in reality, he’d still be in college in America, is beloved by his teammates, and even took his recent brief demotion — removed from the French starting lineup for a game after kicking at a Honduran player who hacked him down in the box — in stride.

Pogba’s a treasure — an all-around midfielder who does everything, but might one day do everything spectacularly — and one I’m not sure we’ve ever seen before. His agent, Mino Raiola, who once compared Zlatan Ibrahimovic to the Mona Lisa, says Pogba is as valuable as a Dalí painting. La Pioche, the pickax (and yes, let’s get him a better nickname), was the best player against Nigeria — one goal past Vincent “Memo Ochoa” Enyeama, more passes completed than anyone else on the field.

While Pogba might not be quite at that level just yet, the future’s coming fast. And at a tournament like the World Cup, there’s a chance it’s only three days away.